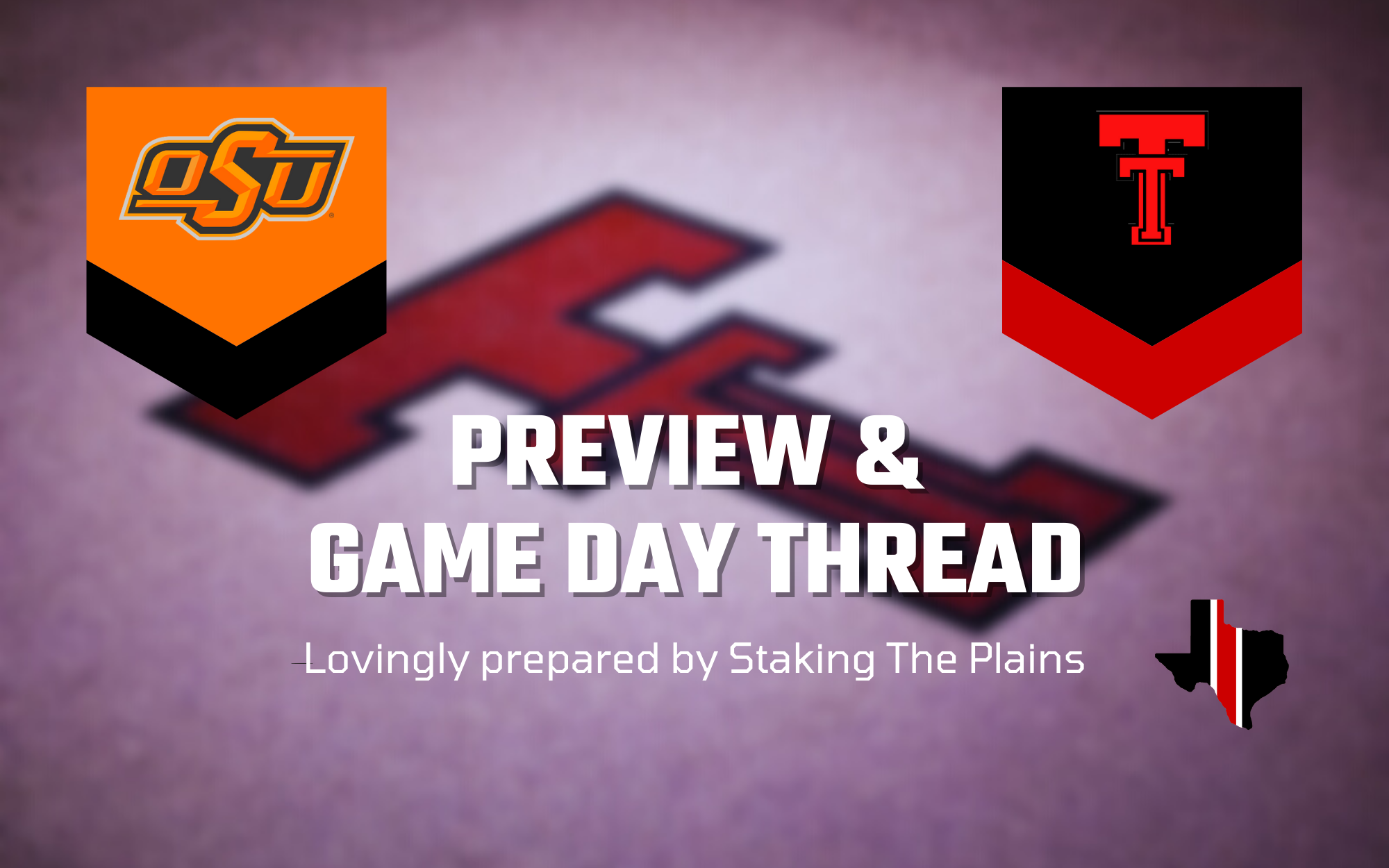 2. Scouting. There is not really a dominant player for OSU and just none of their guards shoot really well and that’s sort of a problem. Ke. Boone, Anderson, Williams, and Thompson are their volume shooters and they make 39% (which is good), but then 27%, 31%, and 30%. Cisse is a very good rebounder and shot blocker, as is Ka. Boone and Smith (which we knew that). Williams and Likekele are your best ball-handlers, while Williams, Ka. Boone, Anderson, and Likekele are the guys who are going to get after you defensively.

3. How They Match Up. Oklahoma State is on back-to-back road games, having played at Morgantown on Tuesday and losing by 10 and then traveling to Lubbock today. This was the make-up game for missing the game at the first of the year. And then they’ll travel to Waco on Saturday, so this is just part 2 of their trip. Texas Tech’s play has been inspiring and the key match-up will be Texas Tech’s ability to shoot well inside the arc (17th in the nation) and Oklahoma State’s ability to limit it (15th in the nation). It doesn’t appear that Shannon will play tonight, but he’s probably getting close to returning.

“These guys hate to lose and love to win. We’re a competitive group of guys.” pic.twitter.com/T5mnyAoOwR

No. 19 Texas Tech will host Oklahoma State at 6 p.m. on Thursday in a Big 12 showdown that was originally scheduled for New Year’s Day the United Supermarkets Arena.

The Red Raiders (12-3, 2-1 Big 12) are coming off a 65-62 win over No. 1 Baylor, while the Cowboys (8-6, 1-2 Big 12) dropped a 70-60 decision at West Virginia in a pair of Tuesday night games. OSU has won three straight in the series against TTU, including a pair of overtime games last season. Tech comes into the game with a 9-0 record at home this season and with two straight wins over top-10 opponents after also knocking off then-No. 6 Kansas last Saturday.