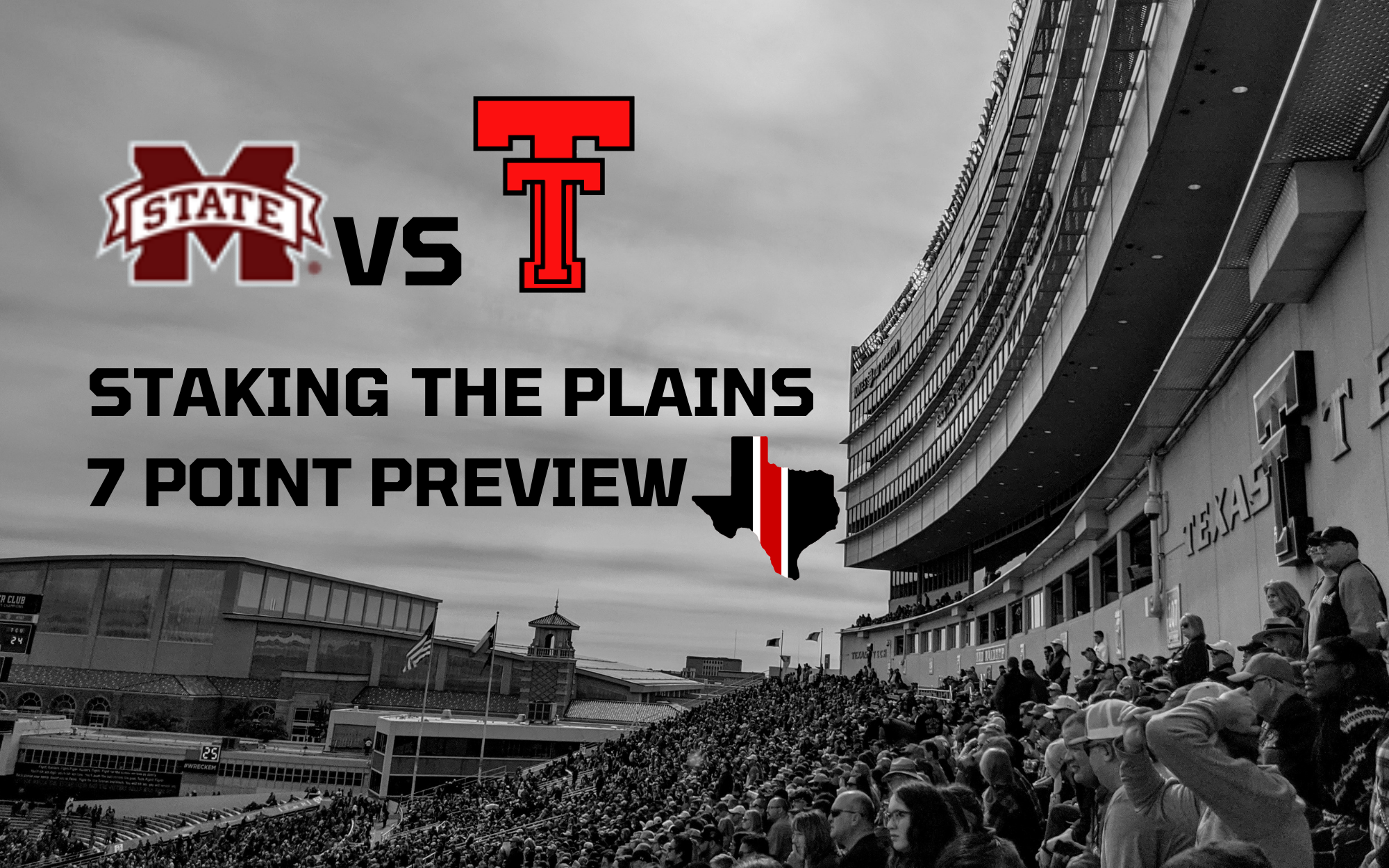 Mississippi State is significantly better than Texas Tech. At least statistically I think they are better. They started the year with two wins against Louisiana Tech (which was by 1 point) and then beat what ended up being a good NC State team by 2 touchdowns. Then 2 losses to Memphis and LSU, the loss to the Tigers was by 2 points and LSU was 3 points, seemed to put them on the wrong side of getting back on track. They pulled off an upset win at TAMU by 4, was drilled by Alabama (as were most opponents) and then rattled off 2 wins against Vanderbilt by 39 and Kentucky by 2 touchdowns again. A 3-point loss to Arkansas and then a 9-point win at Auburn with their FCS win at the end of the year against Tennessee State. What looked like a good match-up ended up being a 10-point loss to Ole Miss.

As to the elephant in the room? I’m past the Leach versus Texas Tech thing. I’ve lacked the energy to care for the better part of 7 or 8 years.

Three Things to Know About The Mississippi State Defense

1. The defensive coordinator is Zach Arnett, who cut his teeth coaching at San Diego State and studying under Rocky Long. Arnett played football at New Mexico (it would not surprise me that he played against Texas Tech).

1. QB Will Rogers (6-2/210 | SO): Rogers completed 75% of his passes, for 371 yards a game, 35 touchdowns, 8 interceptions. Rogers averages about 53 attempts a game and like almost all of Leach’s quarterbacks, Rogers is not a running threat really at all, has a net loss on the year, the amount is unimportant, just know he’s probably not going to burn you on the ground.

3. RB Jo’Quavious Marks (5-10/205 | SO): Marks is dual-threat from the standpoint that he’s actually caught more yards receiving than running the ball. Marks has 101 rushing attempts, 397 rushing yards, averaging nearly 4 yards a carry, 6 touchdowns, over 8 carries a game and average 33 yards a game. Catching the ball, Marks has 79 receptions, 464 receiving yards, 3 touchdowns, about 6 yards a catch, over 6 receptions per game and nearly 39 receiving yards a game.

Three Things to Know About The Mississippi State Offense

1. One of the most important players, left tackle Charles Cross (6-5/310), perhaps the best left tackle in the nation and possibly expected to go in the first round, will sit out this game and prepare for the NFL Draft. Nick Jones (6-3/300) is the back-up and can’t say I know a ton about him.

2. If there are 6 defensive coaches that means there are just 3 assistant offensive coaches. Mason Miller is the offensive line coach, Steve Spurrier, Jr. is the outside receivers coach, and Eric Mele is the running backs coach. My guess is that Leach coaches quarterbacks and there is no coach for inside receivers (I’m sure they are coached by someone, maybe an offensive grad assistant).

Three Things to Know About The Mississippi State Offense

1. I think that Leach has had a tough go at place kicker. Freshman kicker Nolan McCord is just 9 of 16, while senior Brandon Ruiz is just 5 of 9. Ruiz handles kickoff duties.

3. Kickoffs are handled by Lideatrick Griffin and Jo’quavious Marks, both are around 5-10 and Griffin averages 34 yards a return (which includes a touchdown) while Marks averages 22 yards a return.

I like Mississippi State here straight up, but I’ll take those points. I think the SEC does a fantastic job of stacking bowl games that are winnable so that we get lots of S-E-C chants as normally fans cheering for teams cheer for a dumb conference.