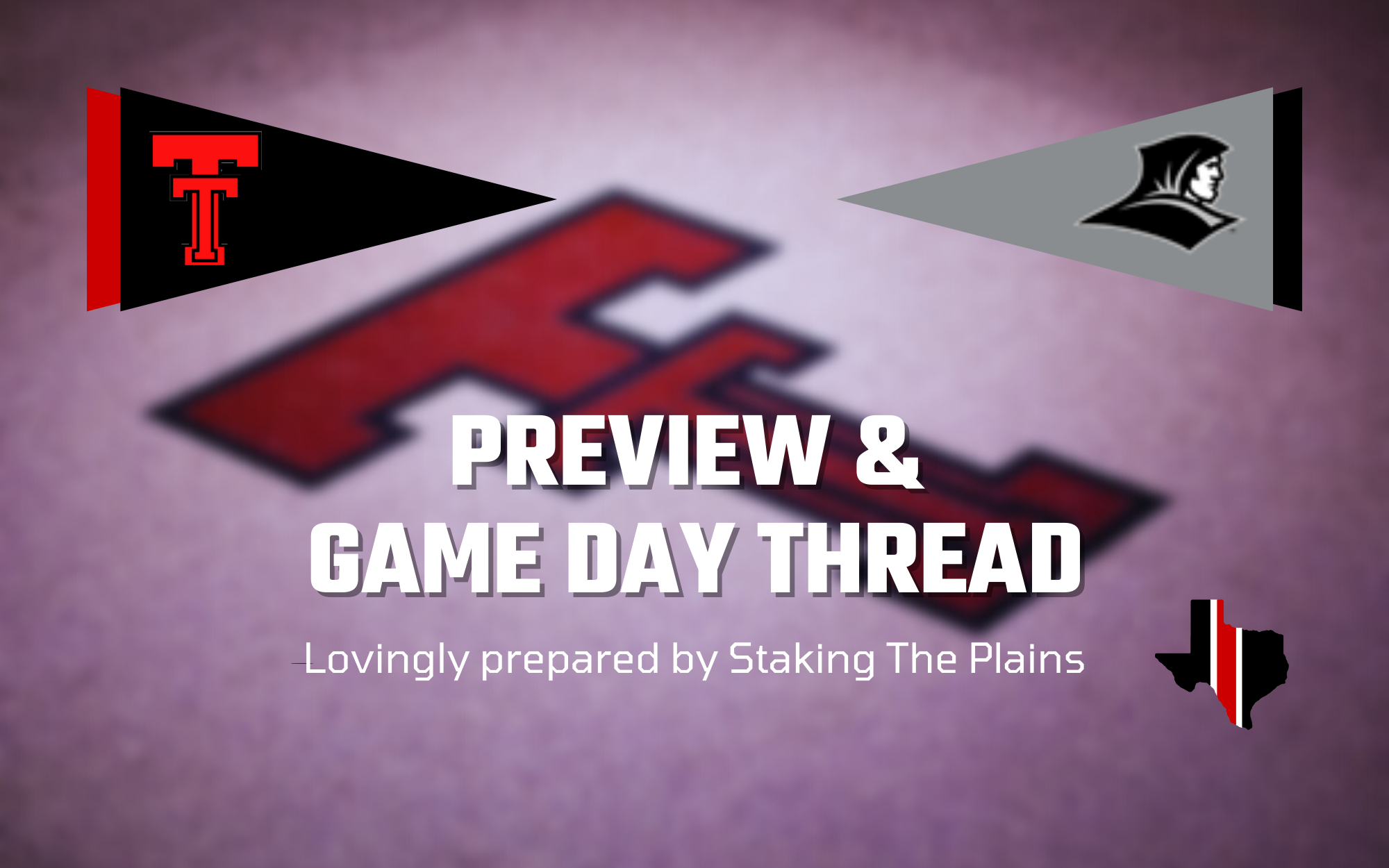 1. Stats. Providence is going to be a true test, which is great. We’ve talked about Wins Over Bubble, and it is basically a way to quantify how important winning a game is. For Texas Tech to beat a team like Lamar, they might be a WAB of 0.04 or something like that. For this game, a win for Texas Tech would be 0.63. Providence’s biggest strengths are on offense, where they are 9th in the nation in free throw rate, 30th in the nation in 2-point shooting percentage, and overall are 50th in the nation in eFG%. Defensively, they struggle a bit. They are 296th in forcing opposing team turnovers and for whatever reason, teams are making 75% of their free throws against the Friars. On the plus side, they do limit opposing teams from free throws, 20th in the nation, and have a high block percentage of 13.4% good for 40th in the nation.

2. Scouting. It should be noted that point guard Jared Bynum (5-10/180) will not be available for the game. Bynum averaged 6.3 points and 3.7 assists a game. Providence ran a short bench their last game out, so that bench gets even shorter. They only played 9 players in a blowout win, so I don’t know that they’ll expand that rotation unless they have to do so. Horchler is the best player and shooter, especially close. Horchler makes 82% of his close 2-point shots and 48% of his three-pointers, but only 29% of his far 2-point shots. He’s an effective rebounder as well. Watson is a traditional big man, terrific block percentage and good shooter from inside, but not a good free throw shooter. Reeves is a volume shooter, but only makes 31% of his 3-point shots.

3. How They Match Up. With Horchler being the most dangerous player, I’d expect a plethora of players guarding him and chasing him around the court. McCullar, Shannon, Warren, Arms, etc., they can all guard and they’d all be good in that role. Williams and Obanor will have their hands full with Watson and it will be really interesting to see how Texas Tech handles a traditional big man. I’m also interested to see how Williams operates with a guy who is a shot-blocker as an offensive player. I think that Texas Tech has some real advantages on the offensive side of the floor and will be interested how they play on the road against a pretty good team.

On the East Coast.

Texas Tech is set to play its first true road game of the season and its first game in the state of Rhode Island in program history with a Big 12-BIG EAST Battle matchup against Providence College at 7:30 p.m. (CST) on Wednesday at the Dunkin’ Donuts Center in Providence, Rhode Island.

The Red Raiders (6-0) are unbeaten through six games for the eighth time in program history after running away with an 89-57 win over Lamar, while the Friars (6-1) are coming off an 85-71 win over Saint Peter’s last Saturday. Tech is 0-1 all-time against Providence College with a 53-52 loss on Dec. 29, 1977 in Honolulu, Hawaii and 0-1 in the Big 12-BIG EAST Battle after a 2019 loss at DePaul. The Red Raiders were scheduled to host St. John’s in the conference challenge last season but the game was canceled by St. John’s due to COVID travel concerns.