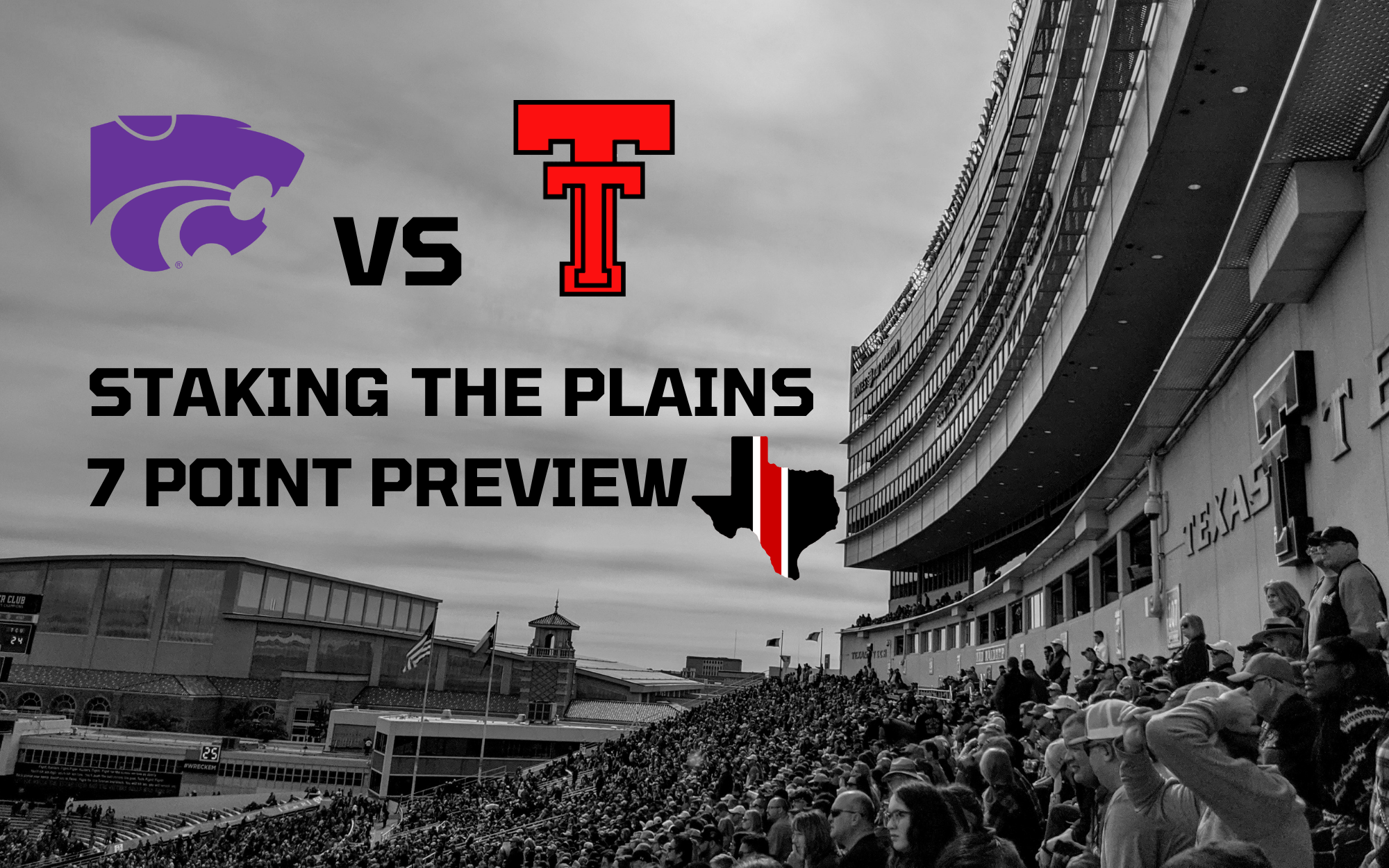 It is a pivotal game.

Kansas State enters this game 0-3 in the Big 12, having played arguably 3 of the toughest opponents in Oklahoma State, Oklahoma, and Iowa State, all 3 were within 2 scores. The worst loss was a 13 point affair to Iowa State at home, but even then, that’s not terribly bad. I’d think that fans wouldn’t be all that depressed about that, but 0-3 is still 0-3 and that’s a tough one to swallow.

The next 4 games are all winnable, Texas Tech, TCU at home, Kansas, and West Virginia, so there’s time to turn this around for sure, but it probably starts with this game for K-State. And even note the advanced ratings, that Kansas State is higher rated than Texas Tech.

Kansas State hired Courtney Messingham and amazingly I have no idea who he is other than I remember him being a guy that Chris Klieman brought with him from North Dakota State. The offense is traditional from the standpoint that it is usually 3 wideouts, a running back, a tight end and be balanced. The Wildcats will run with a fullback and mix things up, but it’s not anything that’s revolutionary necessarily. Just beat you the old fashioned way.

Defensive End Felis Anudike-Uzomah (6-3/255):Anudike-Uzomah is a terror, with 5 sacks, 5.5 tackles for a loss, a quarterback pressure, 2 forced fumbles, and 23 tackles on the year. At that size, he’ll give the tackles some trouble. Should keep in mind that 3 of those sacks were in the first game so those stats are a bit front-loaded.

Linebacker Daniel Green (6-3/234): Green is a guy that Wells mentioned, leading the team with 34 tackles, 3.5 TFL, 1 sack, a quarterback hurry, and a forced fumble. Green had a terrific game against Nevada with 9 tackles and had only 2 tackles against OU and OSU, so he was a bit quiet there.

Free Safety Russ Yeast (5-10/195): Yeast has 23 tackles and is the most active member of the secondary with 3 pass break-ups and an interception from the free safety position.

As I write this, I sort of realize how homogenized offenses and defenses are at this point of college football. A lot of programs run some sort of spread, with a zone read and run-pass option built in, while defenses run a version of 3 to 4 down linemen, 3 to 4 linebackers, and 4 to 5 players in the secondary. The hybrid is the thing and although K-State’s depth chart will tell you that they are a 4-3-4, they’re everything in-between too, which is what a lot of programs are doing.

Running Back Deuce Vaughn (5-6/173): Deuce Vaughn is a beast, 108 rushes for 543 yards, averaging 5 yards a carry with 5 touchdowns, and 90 yards a game with 234 yards on 23 catches for 39 yards a game and 2 touchdowns. Vaughn really is the offense and that’s in the best/worst way (best if you are a K-State fan and worst if you are not). Vaughn is so fast and so elusive, he’s difficult to tackle, but he’s also the cog that churns the Kansas State offense.

Quarterback Skylar Thompson (6-2/220): Thompson averages about 192 yards passing a game, completing 69% (nice) of his passes for 5 touchdowns and 3 interceptions. Thompson is a definite upgrade over backup Will Howard who only completes 49% of his passes and averages 83 yards a game. Thompson is known as a mobile quarterback, but he’s probably suffered some sacks in this number, but he’s got 19 attempts for a net of 13 yards, but has gained 69 yards and does have 3 rushing touchdowns on the year.

Receiver Phillip Brooks (5-7/167): Books is a smaller receiver, not particularly big, but he has 20 catches for nearly 14 yards a catch, 2 touchdowns and 46.50 yards a game. Kansas State definitely spreads the ball around, and Brooks and Vaughn catch the bulk of the passes and is supplemented with a really big receiver Malik Knowles (6-3/195) who caught 17 passes and averages nearly 13 yards a game.

Kicker Taiten Winkel (6-1/193): Winkel sounds way too much like Finkle, i.e. Finkle is Einhorn from Ace Ventura. Amazing what I keep in my brain. In any event, Winkel is 6 of 8 on the year with a missing field goal inside the 29 and one deep.

Kickoff Returner Malik Knowles (6-3/195): Wells mentioned Knowles as being a dangerous returner and he has 2 touchdowns on the year and averages 36 yards a kickoff return. So yes, he’s a real threat. 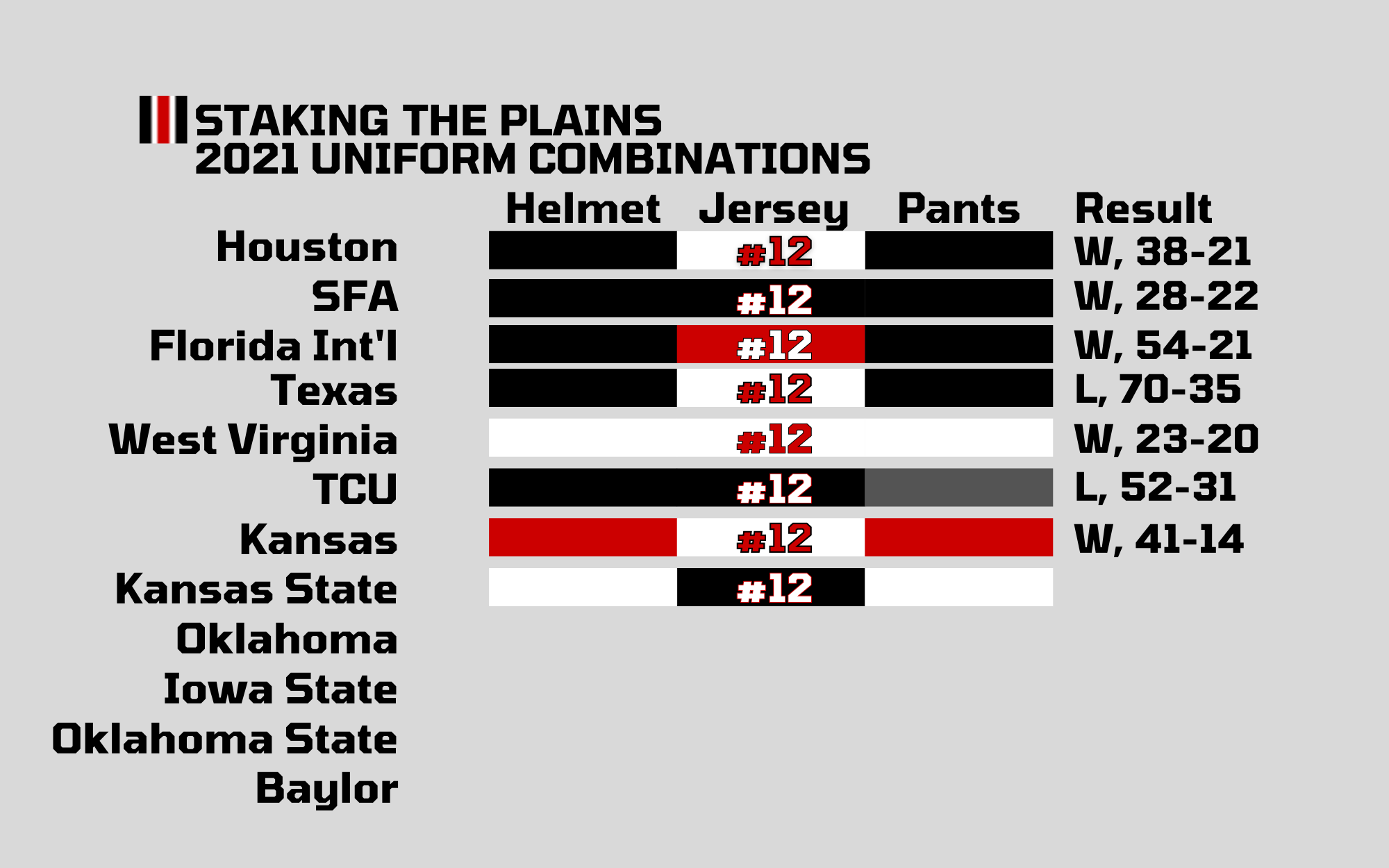 Your grades from last week.

GoPowercat’s Zac Carlson | What Messingham, Klanderman are saying ahead of the Texas Tech game

I wanted to go back and watch some highlights from what I’d call Kansas State’s best win and I think they are pretty typical, which is that they run with a tight end quite a bit (that’s Nick Lenners at 6-5/253 and Daniel Imatorbhebhe at 6-4/240 and Sammy Wheeler at 6-5/236), mainly for blocking purposes, but Imatorbhebhe is the most dangerous. Vaughn truly is a special back and just so fast. The defense is a 3-man front for pass-rush purposes, but the depth chart is a 4-man front with 3 linebackers. K-State was the recipient of some high sailing passes and they capitalized with some zone defense.