Texas Tech basketball released the conference portion of their schedule and as the title mentioned, calendars were circled, as Texas and Chris Beard will make his first appearance since taking the Texas job on Tuesday, February 1st and then playing in Austin on Saturday, February 19th.

The season opens up on Saturday, January 1st hosting Oklahoma State, which will make a great New Year’s Day event. This is the graphic produced by the program with the conference schedule. 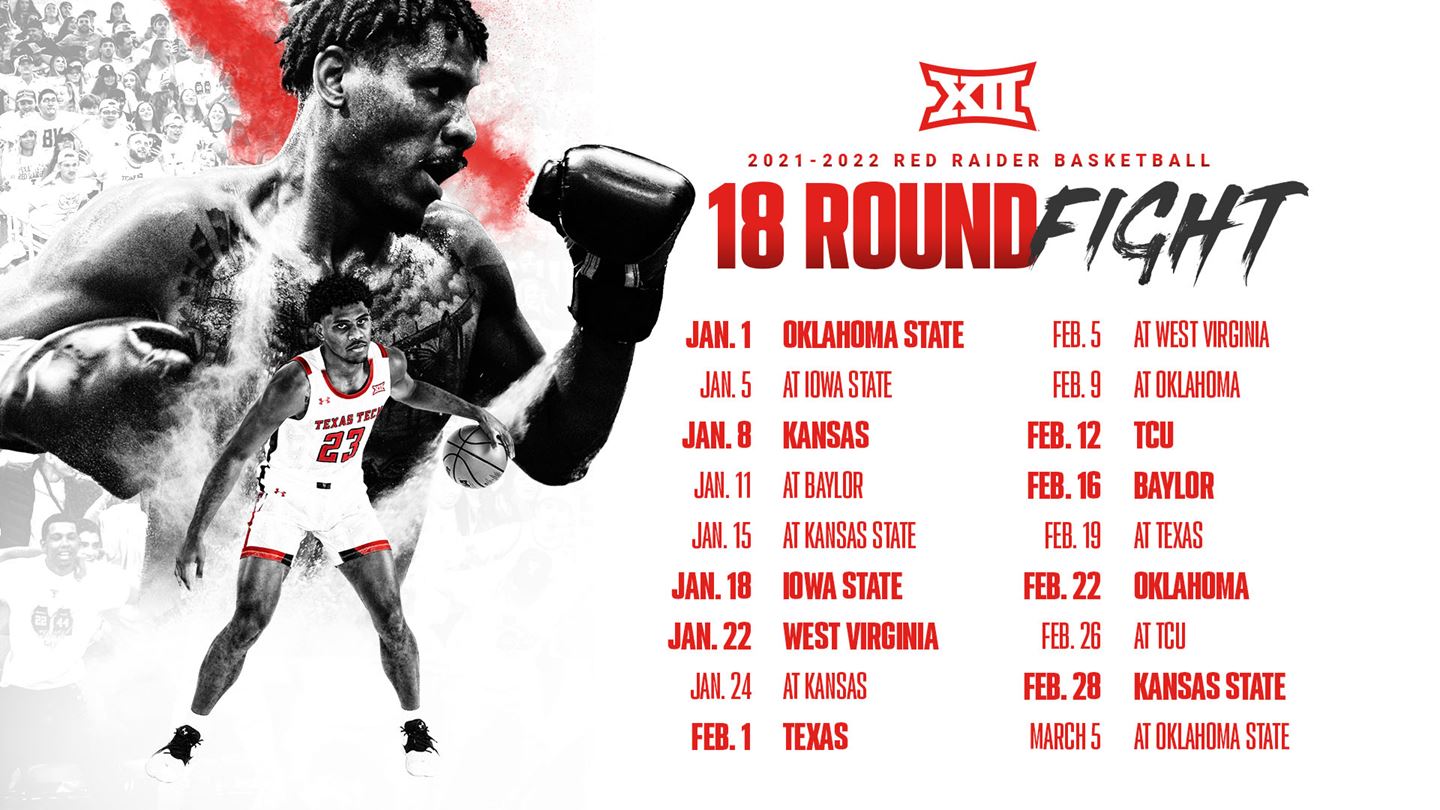 For me, I can’t get up too much angst towards Beard any longer and I think I’m in the minority. Beard appears to be the villain for many in their sports-world, but I’ve lost my lust for such things. I really just want Texas Tech to win more than I have much of any emotion about a school or coach. I’d also add that I think that maybe the fans have gone too far, Beard has had to turn off some of his Twitter replies because fans were saying some not-so-nice things about him (or his kids). Beard is a big boy, but to not be able to just post things on Twitter without vitriol is excessive.

Beard isn’t perfect, but I believe that he personally reached out to Jarrett Johnson when his wife passed away earlier this year from cancer and I think that people like Tim and Luke Siegel meant something to him (because he’s human and they are both inspiring) and that Luke’s death affected him. There’s a human aspect that I can’t shake so my sports hate really just doesn’t exist for me any longer.

Do I want to beat Texas every single time and twice on Sunday? Yes.

Isaacs took his official visit to Texas Tech on the weekend of September 4th, and saw all he needed to in his time on campus to make his decision. By September 9th, Isaacs released his commitment video and officially announced his intentions to play at Texas Tech.

“One of the highlights of the visit for me was the first night I got there, I think Friday night, after we went to dinner. Coach Adams kinda surprised me, we went to the football field and all the players were out there. Every single one just playing football. We were on the football field for probably an hour just playing football, throwing routes, kicking field goals. Just having a great time, vibing out there, it was a great night.”

Isaacs held over 20 reported offers but had previously narrowed things down to a final four of Texas Tech, Oklahoma State, Arizona State and UNLV.

Busting Bracket’s Austin Massey (who I think was recently hired by Inside the Red Raiders) goes through the list of the 2022 recruiting targets, which included Isaacs.