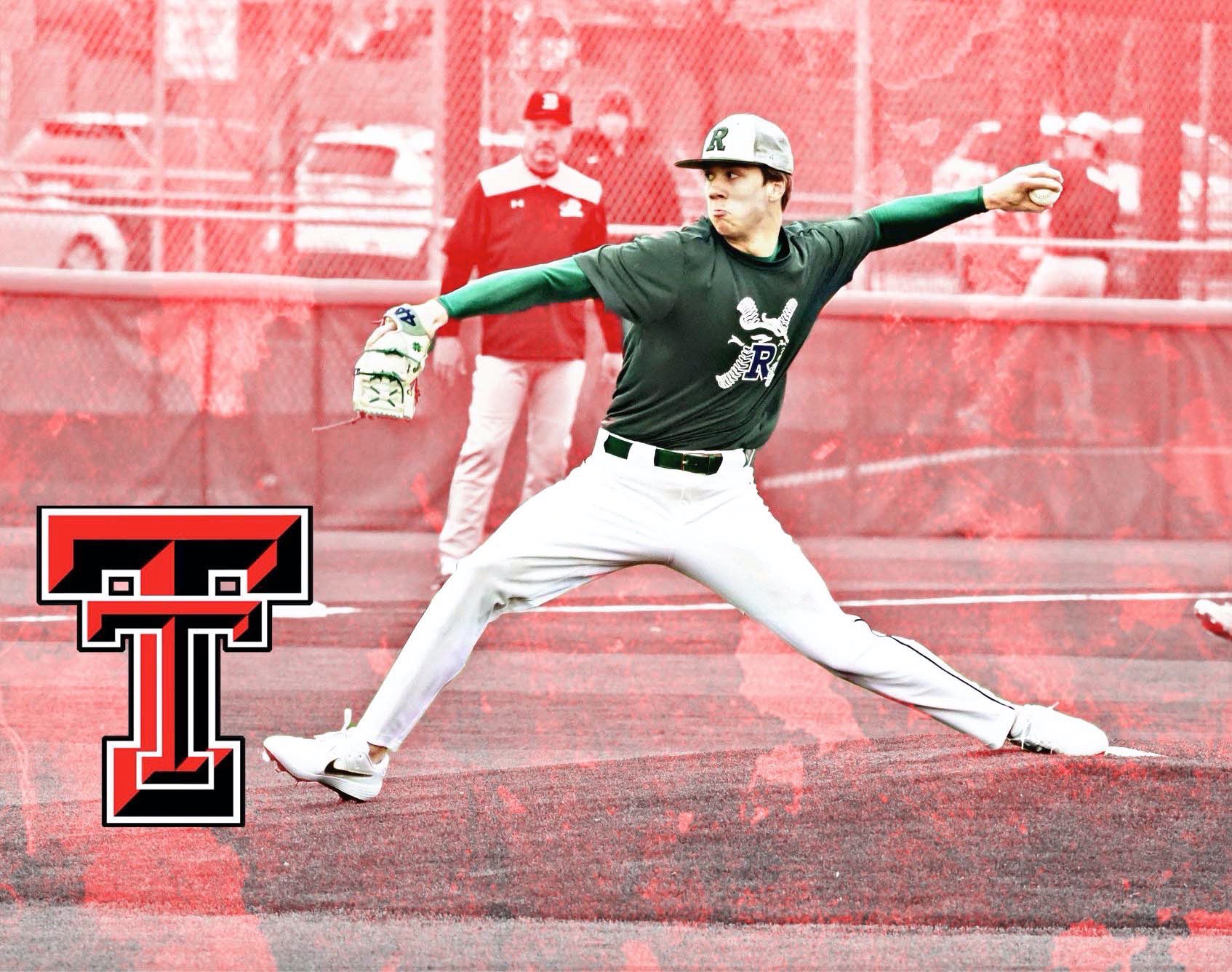 Yesterday, a Red Raider Baseball recruit had a monster day at the plate in the North Texas Collegiate League. Dalton Beck, who plays for the North Texas Longhorns Baseball Club, continued a strong hitting summer by hitting a triple shy of the cycle going 3-3, HR, 2B, 3RBI, R, and earning Player of the Game honors – and it wasn’t even his best day this summer.

Beck, part of a 2020 Red Raider recruiting class that Perfect Game ranks as the 10th best in the country, is a 6-2, 185lb LHP/OF out of Frisco Reedy HS. While Beck’s fastball has improved and gained significant velocity over his high school career, it’s his bat that’s making big waves this summer.

Dalton Beck has hit better than .350, he almost hit for the cycle on Tuesday evening, and back on June 3 was the North Texas Collegiate League Dude of the Day going 6-7, 2 2B, HR, 2RBI, and 2R. Beck has a solid swing and approach and he projects power from the left side. His timing is spot on and he takes his game to the next level pulling to the opposite field. He makes hitting the gaps look like just another day at the office.

So with a hard-throwing lefty that’s displaying success at the plate against quality competition, our friends from the Ramblin’ Raiders Podcast posed an interesting question on Twitter, could Dalton Beck play both ways?

My initial response from the Dinger Derby account was that it’s not likely. We don’t often see pitchers hitting at Tech and at this level, it’s somewhat rare to even have players that are a true dual threat. But then I started thinking about it…

Red Raider fans remember the days of the Whammer hitting monster shots and coming out of the pen to warm up from halfway to second base. Kurt Wilson has also seen his opportunities on the mound, and, thanks to trips to Rudy’s BBQ, has seen opportunities in the field as well making history of his own with a go-ahead big fly against Oklahoma State in the 2019 Super Regional in Lubbock. Both McMillon and Wilson were named to the College Baseball Hall of Fame’s Olerud Two-Way Player Watch List in 2018 as a sophomore and freshman respectively.

Prior to that, you have to look back to Quinn Carpenter in 2015 seeing time on that list. Carpenter, a RHP/OF, was the last Red Raider pitcher to hit a home run, back on April 7, 2015, against Oral Roberts. Before Carpenter, it was RHP/OF David Paiz making the watch list in a 2011 Freshman All-America campaign.

So the Red Raiders have seen it before, but will we see it again? Can Beck battle for a place in the outfield, earn a spot on the mound, and find his role in the lineup? Dalton Beck is a major piece of the Red Raider recruiting class and his upside is exceptional. Perfect Game gives him a grade of 8, which puts him as a potential draft pick and an excellent college prospect. With hitting potential like he’s displaying this summer, I’d love to see what he can do in the lineup. Also, not to be forgotten in the conversation is that Beck is one of the top OF prospects in the state as well.

On the mound, Beck brings a mid-90s fastball with riding life, long-bodied delivery, and is a guy with plenty of opportunities to gain strength. Prior to his 2020 senior season being cut short, Beck was named the 5A First Half Runner-Up Pitcher of the Year tossing 13IP, 2H, 0R, 5BB, 28K.

When you combine Beck’s play in the field, prowess at the plate, and presence on the mound – I think he’s looking like a lake ready freshman with a chance to leave a wake.

Coach Tadlock likes to say “If you can hit, we’ll find a place for you to stand.” Well, there’s plenty of standing to be done on the pitcher’s mound, and I’d wager Dalton Beck has an opportunity to see the field, the mound, and the batter’s box plenty as an impact freshman. If there’s one thing our head man has not been shy about, it’s experimenting. He’s never stuck in a rut, he wants to let those guys play and find the formula that works best to get wins. Beck is the real deal, and as a spectator in the stands, I can’t wait to see him dropping bombs on the RP Fuller Track come Fall.

One thing is for certain, when looking at this team, and this recruiting class, buckle up Red Raider fans, we’re about to go for a heckuva ride.