I’ve been crazy busy at work, so I’m a bit behind. Plus I had soccer practice on Monday night, so that makes Tuesday morning incredibly busy and here we are. If you ever want a reason as to why I’m woefully behind and don’t have a ton of content, it is most likely the fault of soccer, which I’m happy to do because I only get to go to so many practices.

Before we get to the Texas Tech news, let’s follow up with Mike Gundy, who videoed an apology yesterday for wearing the OAN shirt. I mentioned yesterday and I still believe it, it’s not just the shirt, it’s most likely something that’s been happening for a while.

To add to this absolute shitshow, former Oklahoma State basketball player and current radio guy Doug Gottlieb, said that Gundy agreed to a list of things and this list of things ended up being a fabrication. The problem is that the Oklahoma State players disagreed with the sentiment and essentially called Gundy a liar (Tylan Wallace actually said “Not true…“). What I probably think is that some of this is true, but as Ogbongbemiga noted, this sort of demeans what the real point of Gundy agreeing to some things. Being able to wear a durag seems like something that shouldn’t ever be outlawed because African-American have been wearing them for a long time and they’re just not offensive.

Be careful what you say and who you listen to. The entirety of this isn’t true and depicts a bad image on us. I haven’t heard anywhere within the program that someone wants to play music that is disrespectful towards women. This isn’t the sincere objective we’re trying to achieve https://t.co/C0k3T4kDzK

And again, the t-shirt is not an isolated incident. I took this screenshot of some former Oklahoma State players yesterday and you’ll note that this has nothing to do with the shirt. 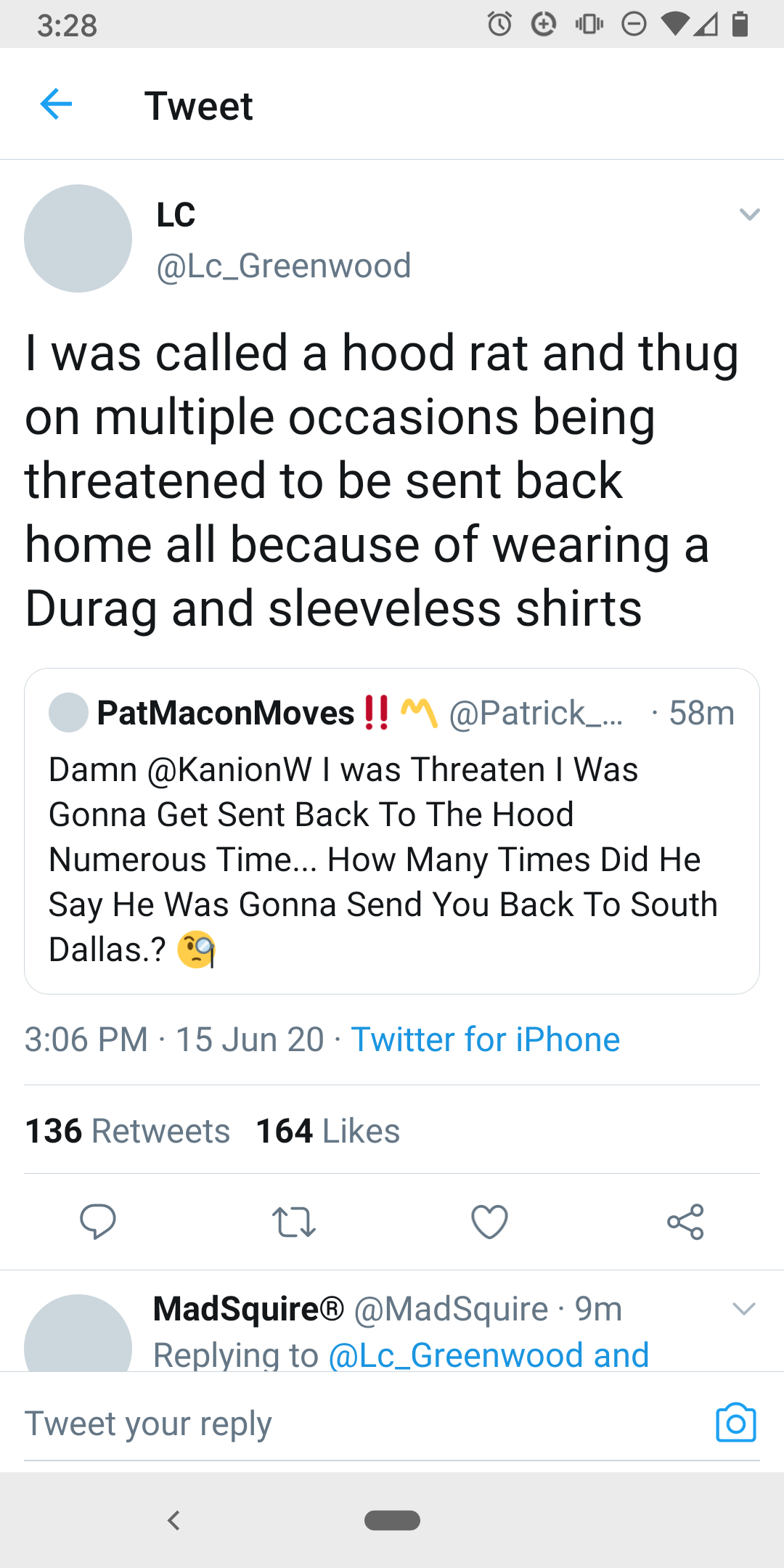 So yes, Gundy seems to make a habit of threatening players and maybe treating players poorly for wearing said durag or a sleeveless shirt, which I wear all of the time and I’ve never thought twice about it.

You exhausted yet? Me too. I would like to be clear that I’m not dancing on Gundy and/or OSU’s grave here. That’s never been my style. I’ve never been good at making fun of other programs and I’m not exactly quick-witted. I can say that I definitely have disdain for other programs, Baylor for example, but I also recognize that my disdain shouldn’t be applicable to the players and current coaches, and people who had nothing to do with past sins.

I’ve got my own personal issues with Gundy and my questions about his sincerity are my own, but what I can say is that if he’s sincere with his apology, that OAN’s views on Black Lives Matter is absolute crap, then maybe he’s starting to figure things out a bit. At some point, we have to be a redemption society and not a shame society. If people are willing to apologize and be sorry for past actions, then we have to decide how we’ll treat those people that are sincere. That’s not something that I’ll tell you what to do, that’s got to be in your own heart.

Chris Beard’s team changed as much as any team in the country in the last month, with two key personnel moves impacting the Red Raiders’ outlook for next season. First, Davide Moretti signed with an agent to pursue a professional move overseas. It was something that had been rumored for several weeks, but Moretti would have been the team’s top returning scorer. Beard bounced back by landing Georgetown transfer Mac McClung, although he would need a waiver to compete immediately next season. It’s also an interesting fit, as McClung will have to adapt quickly on the defensive end — but also provides Tech with a wing player who can get his own shot. It’s going to be a busy summer in Lubbock; Beard will be working on a waiver for McClung, while VCU transfer Marcus Santos-Silva has classes to finish in order to graduate and play right away next season.

For reference purposes, I think Borzello doesn’t count his chickens before they hatch and as he’s noted, McClung and Santos-Silva have not technically qualified. When/if they qualify, then maybe things change.

This was just a neat graphic. Click the link for additional detail.

Reader /u/BlackshirtDefense put together this infographic showing capacity and record crowd for every school and average by conference https://t.co/cF1VTtAgnA pic.twitter.com/lgi2u5GPF4

Proud of these young men and the type of leaders they are now and will continue to be in life.#PeaceOnTheEast | #RedRaidersUnited pic.twitter.com/sBzHRLkXr6

The program leader in rushing yards is still racking up the accolades.

Congratulations to Byron Hanspard for landing on this year’s @NFFNetwork College Football Hall of Fame ballot!