Aloha, and welcome to your Memorial Day edition of Tiki Tech

Much like Mother’s Day, I was completely unaware there was an impending holiday weekend when I planned for this weekend’s drink. However, I feel any drink named after a guy that merc’d a European explorer would be worthy of attention this holiday, so it seems I’ve lucked out. Chief Lapu-Lapu took particular exception to Ferdinand Magellan and his cronies in 1521 when they dropped anchor in the Phillipines, probably because the newcomers were attempting to subjugate them for Spain and get them to convert them to a foreign religion. The Spaniards got cocky, lit a few fires, and ended up getting waxed, Magellan included. Upon retreating, there weren’t enough sailors left to crew the three ships they brought, forcing them to abandon one as they set sights on different shores. The Spanish would of course go on to colonize the islands 50 years later, but not before a legend was born.

According to Jeff Berry in Beachbum Berry Remixed, the true origins of the Chief Lapu Lapu cocktail are unknown, but we do know that the drink started popping up on menus in the 1950’s. The website Modern Tiki, which we’re using for our recipe, claims that the Lapu Lapu was the signature drink of the Royal Hawaiian Hotel in Laguna Beach. All I know is that the Lapu Lapu is easy to make and perfect for the 90 degree temperatures we’ve been having in Houston. 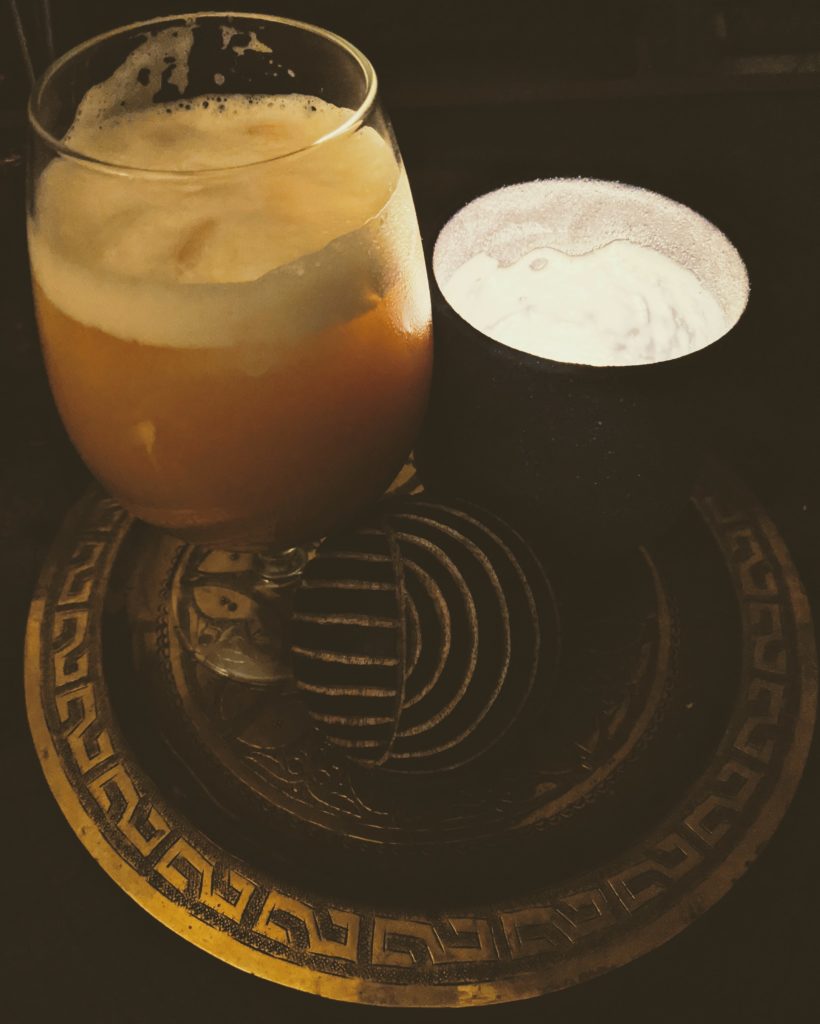 Add all ingredients to a cocktail shaker, shake until frost forms on the exterior (should be 10-15 seconds). Strain into glass filled with crushed ice.

We take to the skies