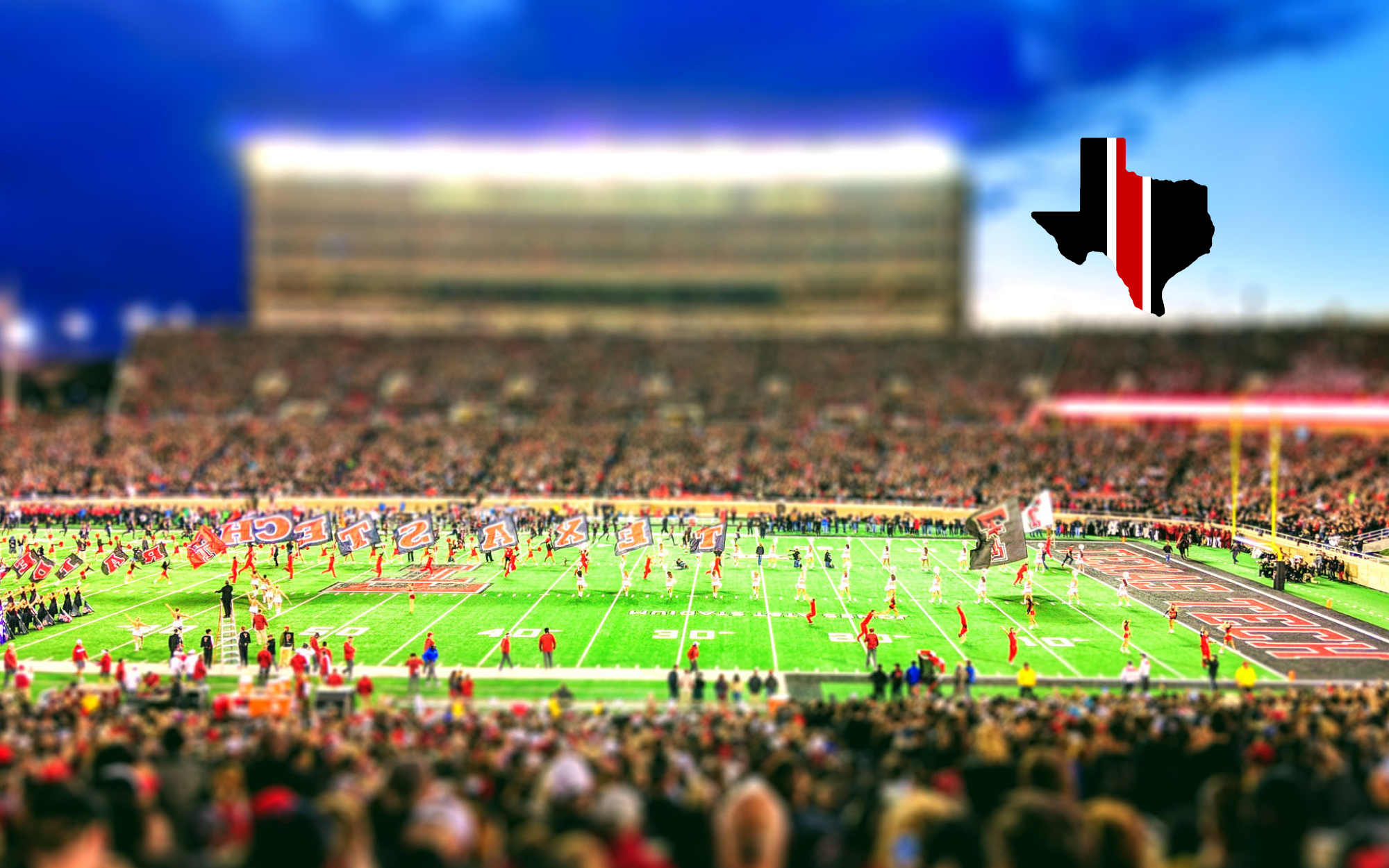 I’ve been rolling this around in my brain for quite some time and it’s something that I still don’t have a definitive answer, but a couple of things struck me recently that I thought it was worth sharing.

Sports Illustrated’s Albert Breer had a recent Monday Morning Quarterback and Breer is talking to former Ohio State head coach Urban Meyer about him asking former and current players about what it is like to play for certain teams, noting the difference between winning teams and losing team:

“I just asked them, ‘Tell me about the culture, tell me about the team meetings, tell me about the expectations, the work ethic, the accountability,’” Meyer told me. “I had an idea, but what’s amazing to me is when I hear the media and the fans, and even others say the reason they’re losing is because they have bad players. That’s one of the most nonsensical things I’ve ever heard in my entire life. I mean, they’re NFL players.”

Meyer goes on to say that when you’re talking about the NFL, there are no bad players. You are in the NFL and that these players are good players. Mayer doesn’t think that it’s necessarily about the players, but Mayer takes a look at winning organizations and this is his distinction:

“Culture and criteria,” Meyer said. “There’s two things you have to do. Number one, develop and implement a culture in your organization. And it’s gotta be a culture: This is the way it is, non-negotiable. And then the other thing is talent acquisition. How are you acquiring talent? What’s your criteria? Is everyone on the same page? And what I found out, those who win, that’s it. Those who fail to win, that’s it.

“It’s not whether they run the zone or the stretch play, or the three-level passing vs. the crossing routes. I know people think that’s it. Yeah, that’s fun. That’s intriguing. But that’s not why certain teams win. You walk in the locker room and you know why they win. And you talk to your players who are in those organizations and you know exactly why they win. Because the head coach and GM, and everyone, are aligned with culture and talent acquisition.”

The takeaway from Meyer isn’t so much that it’s about the play call, but getting players, coaches, and staff all on the same page from an organizational standpoint. When I read this, I sort of tucked it away and thought that this seems like something that head coach that Matt Wells is trying to implement. A culture change from top to bottom.

This clicked even more when I read the article from RedRaiderSports’ Matt Clare about the commitment of Jack Tucker where Tucker said this about Wells and what he’s trying to implement:

“Every time that I visit, my family and I meet with Coach Wells in his office. He always talks with us one on one, and at first we were all getting to know one another, but the last few times we have mostly talked about his plans for the team. Coach Wells has really emphasized the strength and nutrition program, and his overall message to me has been around rebuilding the culture.

“He mentioned the culture wasn’t in the right place when they first arrived at Tech and they are working to overhaul things. They are getting into year two and Coach Wells said things are getting way better, he wants to take things to the next level and make Texas Tech elite.”

This is going to be about Kingsbury on some level, but it is more about, but the question is what is the job of a head coach? Wells has made it very clear that his job isn’t to call plays on offense or defense, or to be designing plays, but his job is to create and implement culture.

With Kingsbury, he made it clear that his focus was on the offense, designing plays, working with the quarterbacks, and calling plays, meanwhile, he left the defense to do its own thing and by the end of his tenure, Hocutt and Kingsbury had agreed that Kingsbury needed to actually be around the defensive players. Remember when I wrote this:

This means that Kingsbury will let go of duties that related to the time management aspect of preparing a game-plan during the week and Kingsbury will be more involved with the defense and special teams. I think previously, those coaches, David Gibbs and Joe Robinson, where pretty much left to themselves, as were maybe the players. Maybe the thought here is that Kingsbury is going to be more invested in those sides of the ball and know what they’re doing. He’s been so busy installing the offense for the week, he doesn’t have time to pay attention to the other aspects. That appears to be what Kingsbury is giving up.

And athletic director Kirby Hocutt had this to say:

“There has to be changes in day-to-day operations to have (Kingsbury) more responsible for the defensive side of the ball but what those changes are, are ultimately his responsibility,” Hocutt said, adding later, “Defense? We are not very good. We are not going to achieve at the level we expect to achieve and the results we expects we have with the defensive performance we have put on the field. … You can’t allow your opponents to score 40 plus points and expect to win at a consistent level in college football.”

Hocutt essentially ordered Kingsbury (maybe ordered is too harsh of a word) to be move involved with the defense, via The Ringer:

Supporting Gibbs despite his defense’s statistics, Kingsbury found, wasn’t enough. As Tech’s defenders spoke in their exit interviews, Kingsbury thought, “Wow. They have a point.” He never considered himself a schematic defensive guy, limiting the advice he’d give his defensive coaches to how certain defenses matched up with offenses. But he realized during his players’ exit interviews that he needed to be more present for every player on his team, to say, “Hey, I got your back.”

This season, Kingsbury adjusted his approach by having offensive coordinator Eric Morris script all the practices and, for the first time in Morris’s career, come down out of the box to coach on the sideline. This freed Kingsbury up to do more team-wide.

“Work in progress,” Kingsbury says, when asked to grade himself as a delegator. “At first, you just get here and you’re focused, and you’ve done things the way you’ve done things. Then, as you go on, year to year, you try to get better at delegating and the people you delegate to have a better understanding than they did the year before.”

Kingsbury alternates spending practices in the offense’s backfield and on the defensive sideline. He cheerleads the defense, because, several players had told him, an offense having a bad day at practice doesn’t mean it was a bad practice.

“I feel a big difference on [the defense’s] sideline, knowing that my head coach is for the whole team,” says defensive lineman Talor Nunez. “Everyone’s running to the ball hard. It’s the things people on the outside wouldn’t notice, but on the inside, within our teammates, we can feel that difference.”

Again, this post isn’t intended to rail on Kingsbury, but all of these things are factual, that the athletic director and players had to tell their head football coach (who then admitted it was true) that he needed to be part of the entire team, not just one side of the ball. And this was after a handful of years as the head coach.

I’ve never been a head coach and a lot of times I think that me doing this is more about me learning what works and doesn’t work as far as athletics. I sort of learn something new every day. I think that Meyer and Wells are both correct in that a head coach’s job, especially on the collegiate level, is about developing culture and making sure everyone is on the same page.

A college coach is part general manager and head coach and making sure that from top to bottom, everyone knows the expectation. What is the philosophy of the team? How are players evaluated? What is the role of every assistant, staff member, graduate assistant, and strength coach?

I sort of feel that Chris Beard has this concept down to a “T” (or maybe double-t) in that he allows his coaches to do their jobs. If they don’t do their jobs, there is hell to pay, but I’d believe that people not doing their jobs in Chris Beard’s program simply does not happen. Everyone knows the deal because everyone is on the exact same page.

And I think that this idea of alignment is really what “culture” is about on the collegiate and professional level. If there isn’t a person in charge, then there’s no one in charge.

This post also isn’t some sort of rah-rah post in favor of Wells, but if you wanted insight as to why Hocutt chose Wells over Brent Venables, this is probably it. There was a void in culture and same-pageness with Kingsbury and that’s the part that needed correction. I think that Wells has his own warts, but Wells definitely seems to have embraced the idea of remedying the culture aspect of the team. In fact, I think that Wells biggest flaw is probably head coach-to-player communication and as the recent Dallas Morning News’ Chuck Carlton piece about Wells, which is that he’s actively working on player communication:

“That’s one of biggest priorities in this whole thing is to try to continue and deepen our relationship with our players,” Wells said.

In some ways, Wells acknowledges that he, his staff and the Tech players might have bonded more during the current outbreak than they would have had he completed a regular spring practice as scheduled with a spring game April 10 in Lubbock.

“We’re doing some things that we wouldn’t have done if we were in the office,” Wells said. “Instead of sitting around crying about the things we wish we were doing if we were still in the office and on the practice field – which we all wish we were – we’re just going to make the best of it. We’re going to control our response.

“And we’re going to get better at it.”

I should also preface this by saying that Meyer’s discussion with NFL teams isn’t totally comparable to the college level. There are definitely teams that are haves and then you have have-nots. Ohio State has a built-in historical advantage, while the NFL is obviously a situatoin where teams can be on a more level playing field because of the draft and other things. So it’s not an apples-to-apples sort of comparison, but the key takeaway for me is that culture is incredibly important in any sort of athletic program and if your head coach isn’t leading the way with what that culture looks like, from top to bottom, then you probably have a culture problem.