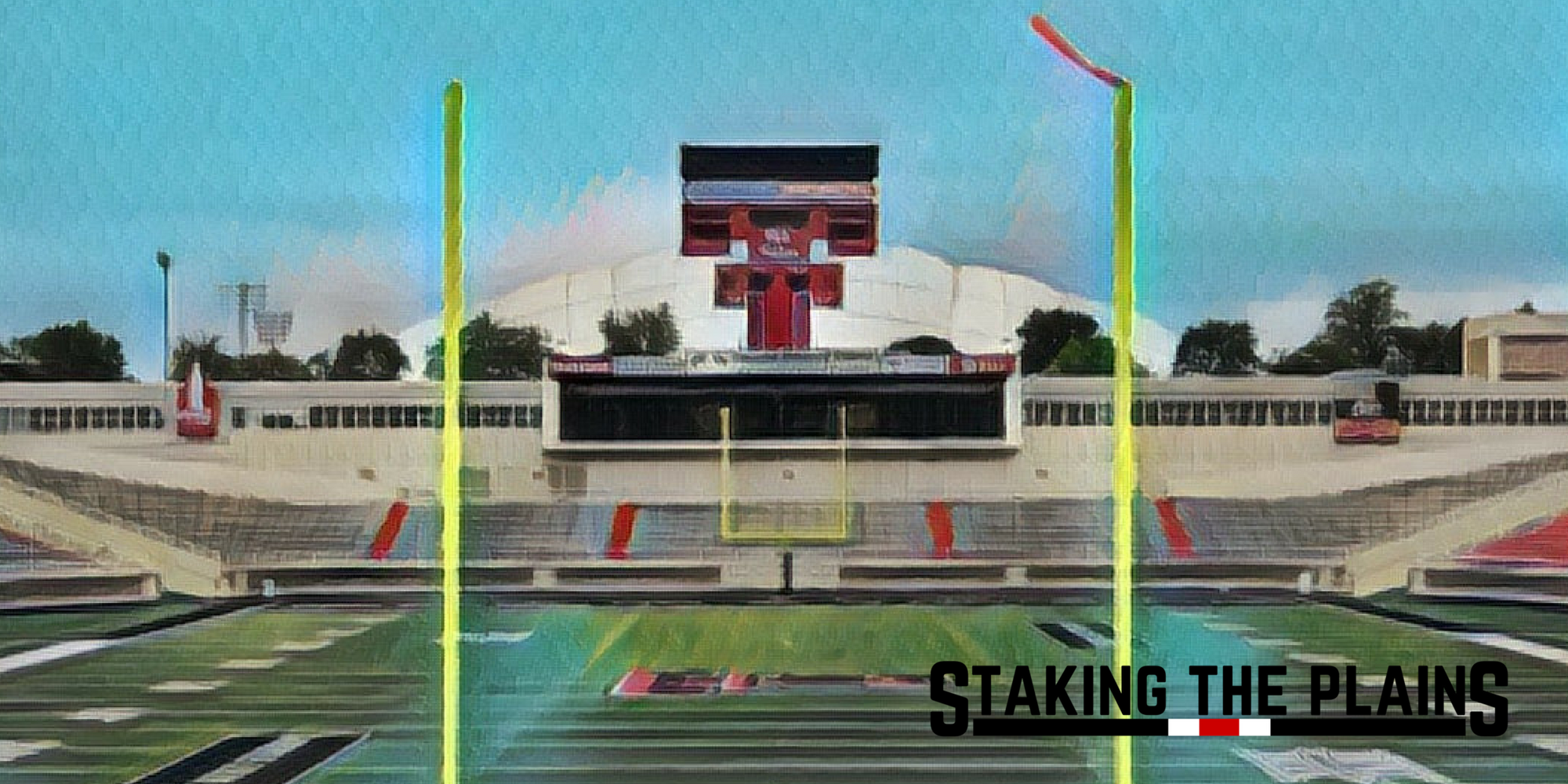 I touched on this possibility in our last “what if”, as I hypothesize that if Michael Brewer had never been injured then Jarrett Stidham would have enrolled at Texas Tech. Let’s assume the highly-touted quarterback prospect never changed his mind and hadn’t enrolled at Baylor. Let’s say he joins Texas Tech for spring practice in 2015 as anticipated. What happens next?

Just to jog everybody’s memory, here’s what the quarterback room would have looked like at the time if Stidham signed with the Red Raiders.

As good as Mahomes looked as a freshman, Stidham had to realize he was not going to supplant him as the starter unless Mahomes got injured. Stidham likely would have been okay to redshirt and sit for one year, but as good as he was coming out of high school, he probably never imagined sitting on the sidelines for two or three years before getting playing time.

So let’s say he redshirts in 2015 and watches Mahomes tear it up. He now has a bit of a gamble to make. His first option is to assume Mahomes is so good that he’ll go pro after 2016, allowing Stidham to be a three year starter beginning with his redshirt sophomore campaign in 2017. This would give him an NFL quarterback to study with, and two full years in Kingsbury’s system plus offseason workouts and spring practices under his belt before becoming the starter.

Honestly, this sounds ideal, but I get that guys are impatient and want immediate playing time.

Stidham’s second option is to assume Mahomes will exhaust his eligibility after the 2017 season, meaning he would need to wait until the Fall of 2018 to be a starting quarterback. That’s four years after he graduated from high school, and understandably a long wait for a guy who knows he’s good enough to play sooner than that.

Option A: Stay at Texas Tech

Let’s assume Stidham takes the first route and is willing to wait behind Mahomes for two years then assume the role of starter in 2017. Ironically, this is ultimately what happened to Stidham in reality as he was trying to avoid getting stuck behind Mahomes on the depth chart. He played a few games for Baylor as a true freshman in 2015, then sat out in 2016, then got to Auburn in 2017. So, no matter which path he took, he wound up waiting until 2017 to start anyway.

In my humble opinion, that wait would have been best spent under the mentoring and guidance of Mahomes and Kingsbury, both of whom know a thing or two about playing quarterback.

This scenario makes Stidham Texas Tech’s starting quarterback in 2017 (instead of Nic Shimonek) and 2018 (instead of Bowman-Carter-Duffey), and possibly 2019 as a redshirt senior (instead of Bowman and Duffey). This is not a knock on anybody, but Stidham is the most talented of that bunch and as noted above would have had plenty of time to mature into the role rather than being thrust into it like Bowman and Duffey were in their own ways.

Assuming Stidham even partly lives up to his potential, he is drafted to the NFL after 2018 or 2019, probably as a mid-round project guy just like he was in reality.

Option B: Look for Greener Pastures

I think Option A would have been great for Mr. Stidham. But I also think the uncertainty and the desire to play as soon as possible would have prompted him to transfer. Though it would be unconventional, maybe he would have transferred after spring practice in 2015, seeing the writing on the wall. This way he could sit out in 2015 as a redshirt year and be eligible at his new school in 2016.

Where he goes is anyone’s guess, but it’s almost certainly not Baylor. Texas Tech would have been able to inhibit his transfer to another Big 12 school by causing Stidham to lose a year of eligibility (what was supposed to happen to Baker Mayfield before the rules were changed for him).

Does he still choose Gus Malzahn and Auburn? It’s possible, but they had a fairly crowded QB room at the time. Since Stidham was committed to Texas Tech for so long and then chose Baylor, it seems he preferred somewhere close to home. But if he was seeking a release from Texas Tech, going almost anywhere in-state would have been tough.

I seem to remember Florida and Oregon being thrown out there as options, but that could have just been wishful thinking from fans.

It’s hard for me to criticize anyone’s path that leads to them potentially succeeding Tom Brady as a starting quarterback in the NFL, but I still think Stidham should have enrolled and stayed at Texas Tech. I think he would have torn it up here. But it didn’t happen, and now all I can do is wish him the best of luck in the NFL.

What do you think would have happened if Jarrett Stidham enrolled at Texas Tech?

Check out some other “what ifs” if you’re looking for a few minutes of non-Coronavirus content: