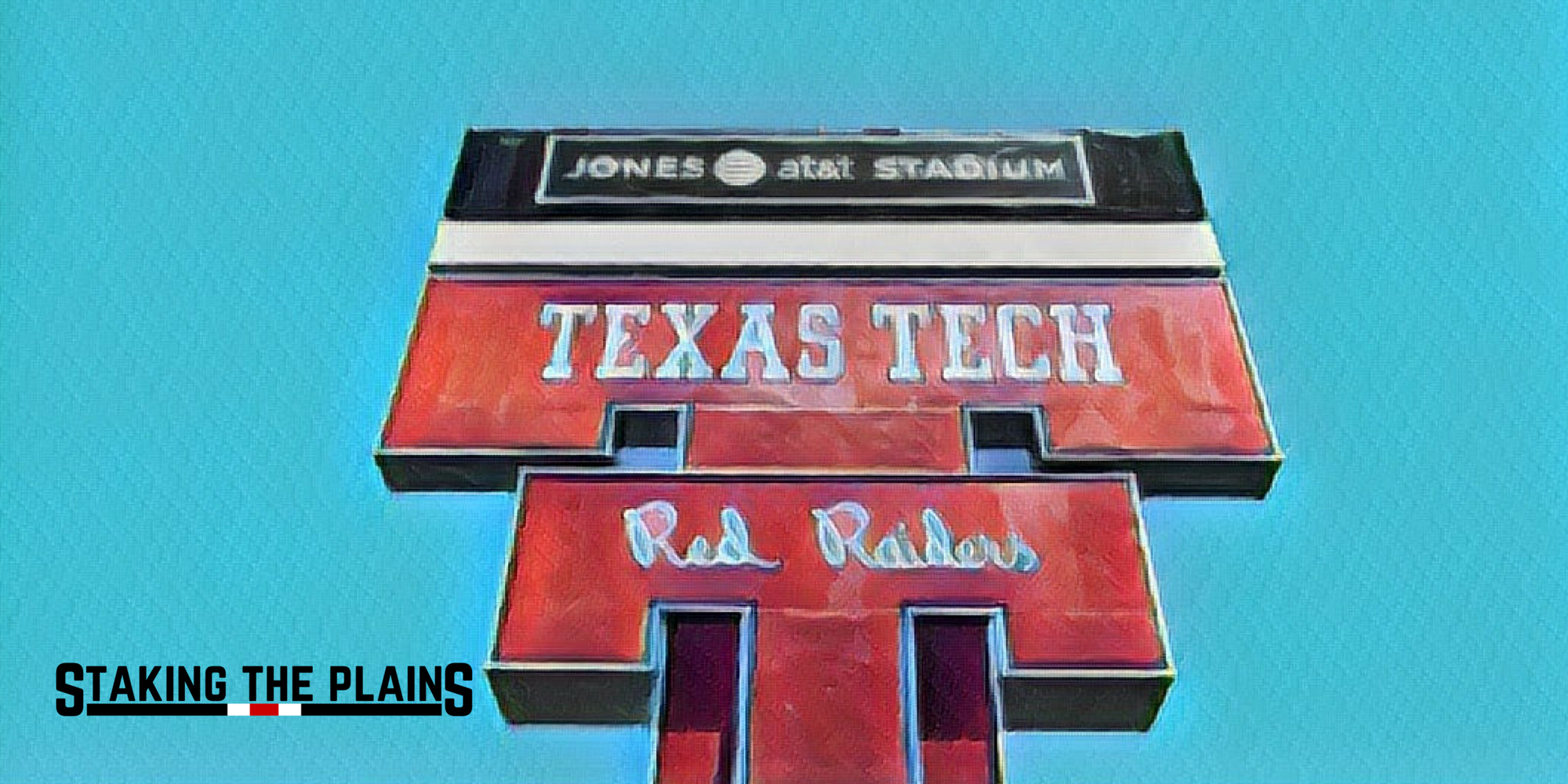 I remember the beginning of the Kliff Kingsbury era vividly. I was excited to see what such a great offensive mind could do here in Lubbock, especially with the weapons he had; Kenny Williams and DeAndre Washington in the backfield, Jace Amaro and Eric Ward catching passes, and the heralded Michael Brewer at quarterback.

Brewer was set to be a redshirt sophomore when Kingsbury arrived. Brewer had a great high school career (when we were juniors in high school, his Lake Travis squad beat mine pretty good), he’d been in college for a couple years to go through the offseason and spring practice programs, and he still had three years of eligibility to be the starter.

Then I remember hearing rumors that he got hurt right before or maybe even during fall camp. Davis Webb was a true freshman, and another true freshman walk on nobody had ever heard of – Baker Mayfield – was making some noise at practice. I remember being shocked when Chris Level tweeted the news that this walk on would be the starter against SMU.

Mayfield played really well in his debut and remained the starter until sustaining an injury of his own. Webb then held onto the job for most of the remainder of the season, but Mayfield ultimately regained his position as the starter for the final regular season games against Baylor and Texas. And as we all know, Webb started in the bowl game and Mayfield transferred.

Brewer never started a single game for the Red Raiders, and opted to transfer to Virginia Tech to finish his career. But what would have happened if Brewer had never gotten hurt and opened the door to the freshman duo of Mayfield and Webb?

This is where things may have taken a different turn for all parties involved. Prior to 2014, I think one of Mayfield or Webb would probably move on. You see Brewer still has 2014 and 2015 locked up as the starter, another guy your same age who can play, and young Patrick Mahomes II arriving as a true freshman, and it’s easy to see why you might consider other options.

Davis Webb probably assumed Brewer would be the starter to finish his career when he committed to play for Tech. Unless he played in mop up duty during 2013, the 2014 season would be his redshirt freshman year while Brewer was a redshirt junior. Would Webb have been cool to wait until his redshirt junior year to assume the starting role? You never know these days but I would think so, especially since he seemed to like playing for Kingsbury so much.

So I’m thinking the QB room at Texas Tech in 2014 looks like this: Michael Brewer (RS Junior), Davis Webb (RS Freshman), Patrick Mahomes II (Freshman). Mayfield is gone (more on that later) and Pat probably redshirts unless both guys in front of him get hurt.

As a team, Texas Tech finished just 4-8 in 2014. Webb started most of the year, but Mahomes started against Texas (he was knocked out and Testaverde Jr finished the game), Oklahoma, Iowa State, and Baylor. The defense was very bad, but the Tech offense also sputtered frequently. With a veteran at quarterback, could Tech have won one of the close or low-scoring games it lost (i.e. 34-37 vs. West Virginia, 13-34 vs. Texas)? I’m not sure, but maybe Kingsbury doesn’t have a 4-8 record on his resume but a 5-7 or 6-6 record instead (not great, but better than 4-8).

Here’s another thing to consider. In reality, Jarrett Stidham was probably turned off at what he saw from Mahomes to finish the 2014 season. Being just one grade behind Mahomes, Stidham likely saw there was a superstar ahead of him which contributed to him choosing to switch his commitment to Baylor. But if Stidham thinks he has to sit just one year behind Brewer in 2015, and then he’ll have a chance to be a four year starter if he can beat out Brewer’s backups, it is very likely he remains committed to Kingsbury and the Red Raiders following the 2014 season.

It’s hard to imagine Michael Brewer would have done anything to improve on Texas Tech’s 7-6 season record compared to what Pat Mahomes did in reality. Mahomes threw for 4,653 yards and 36 touchdowns. In the games Texas Tech lost, its opponents scored 55, 63, 63, 70, 31, and 56 points. I don’t care who your quarterback is, if he needs to score 60 just to have a chance, you’re going to lose some games.

As noted earlier, Mayfield probably would have been itching for more immediate playing time after 2013. The problem for him is that if Brewer never gets hurt, Mayfield probably never sees the field. Other schools would have no idea what he was capable of and may not use a scholarship on him. He very well may have been forced to transfer to a Group of 5 or FCS school. And if he winds up there, does he ever make the jump back to Power 5 football? Is he ever noticed by NFL scouts?

Simply stated, I think there’s a decent chance none of us know who Baker Mayfield is if Michael Brewer remains healthy and finishes his career as Texas Tech’s starter in the 2013, 2014, and 2015 seasons.

After Brewer finishes his career following the 2015 season, the coaches have seen enough of their backups in practice to know that Mahomes is going to be the starter in 2016. Mahomes would be a redshirt sophomore for the 2016 season.

Webb decides to grad transfer to California and play for Sonny Dykes starting in 2016, just like he did in reality (though he would have two years of eligibility left in this scenario instead of the one he played at Cal).

Jarrett Stidham just completed his redshirt freshman season. He has a choice to make. He can wait behind Mahomes for three years (or maybe just one or two if Mahomes tears things up before exhausting his eligibility as a RS Senior in 2018), or pull the trigger on transferring now. Then he’d only have to sit out one year (2016) and could spend three years as the starter somewhere else.

Personally, I think he leaves. For a guy who decommitted once after being a longtime commit, then played at two different schools after that, it just seems more likely than not that he’d move on. Stidham transfers somewhere, plays for a couple years, and gets drafted in the fourth round by the Patriots just like in reality.

Mahomes has a good year in 2016 but since it’s his first year as a starter and because Tech struggled in 2016, it’s not enough to make the leap to the NFL yet. He comes back in 2017 as a redshirt junior, tears it up, and becomes a first round pick one year after he was a first round pick in reality. But the Chiefs already got their franchise quarterback the year prior, so who was on the market for a quarterback in the first round of the 2018 draft?

The Browns (who, like everyone else, have no idea who Baker Mayfield is), the Jets, the Cardinals, the Bills, and the Ravens. The most intriguing landing spot is Baltimore. They’re legitimate Super Bowl contenders with Lamar Jackson in reality, but Mahomes would put them over the hump in this hypothetical. Pat would have won a Super Bowl in 2020 just like he did in reality, just with a different team.

Or what if Mahomes goes to the Cardinals, only to be joined by Kliff Kingsbury a season or two later after Kingsbury is done at Texas Tech? That would be a fun story line.

What do you think would have happened if Michael Brewer had never gotten injured before the 2013 season?

Check out some other “what ifs” if you’re looking for a few minutes of non-Coronavirus content: