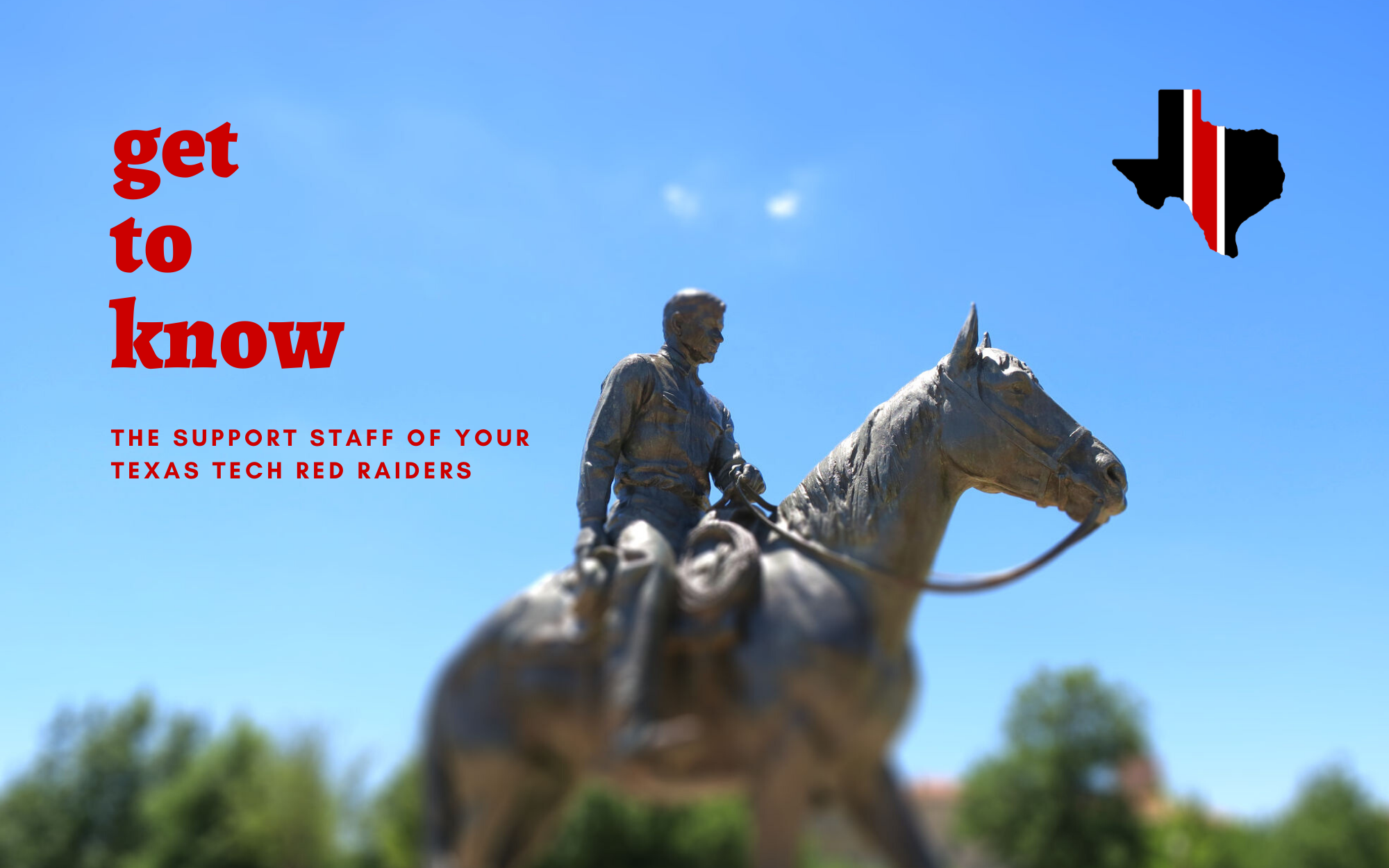 The number of people who help make up an athletic team and an athletic department is pretty staggering. We’re going to highlight those people who are behind the scenes that help make things run as smoothly as they do. Previously: Liz Cope.

The most interesting thing to me is that Ortiz is originally from Mexico and received his undergraduate degree from Universidad Intercontinental in Mexico City where he received the “Letter of Merit” which is a designation for the highest GPA for all four years that he attended university. So undergraduate degree in Mexico and then receives his masters in science and sport management from Texas Tech in 2018 and is the first person of Mexican nationality to graduate from that program. Awesome!

Ortiz then worked for the Marsha Sharp Center for Student-Athletes as a graduate assistant advisor, helping the track and field, volleyball, and women’s tennis programs as well as producing academic reports for the entire athletic department.

His first season with the football program Ortiz was responsible for evaluating game film for the 2018 class, so that would have been with Kliff Kingsbury. He also then served as a graduate assistant for the running backs, including implementation of any new plays, video breakdowns and continued to manage recruiting evaluation film. I believe that this year, Ortiz is just going to be the quality control assistant for Smith, but I’d imagine that from a recruiting standpoint, he’ll still be pretty heavily involved.

So if you are a potential recruit, one of the guys that you need to get in contact with is Ortiz. He’s the one watching film and putting film packages together.

Do more of what makes you happy. #WreckEm!