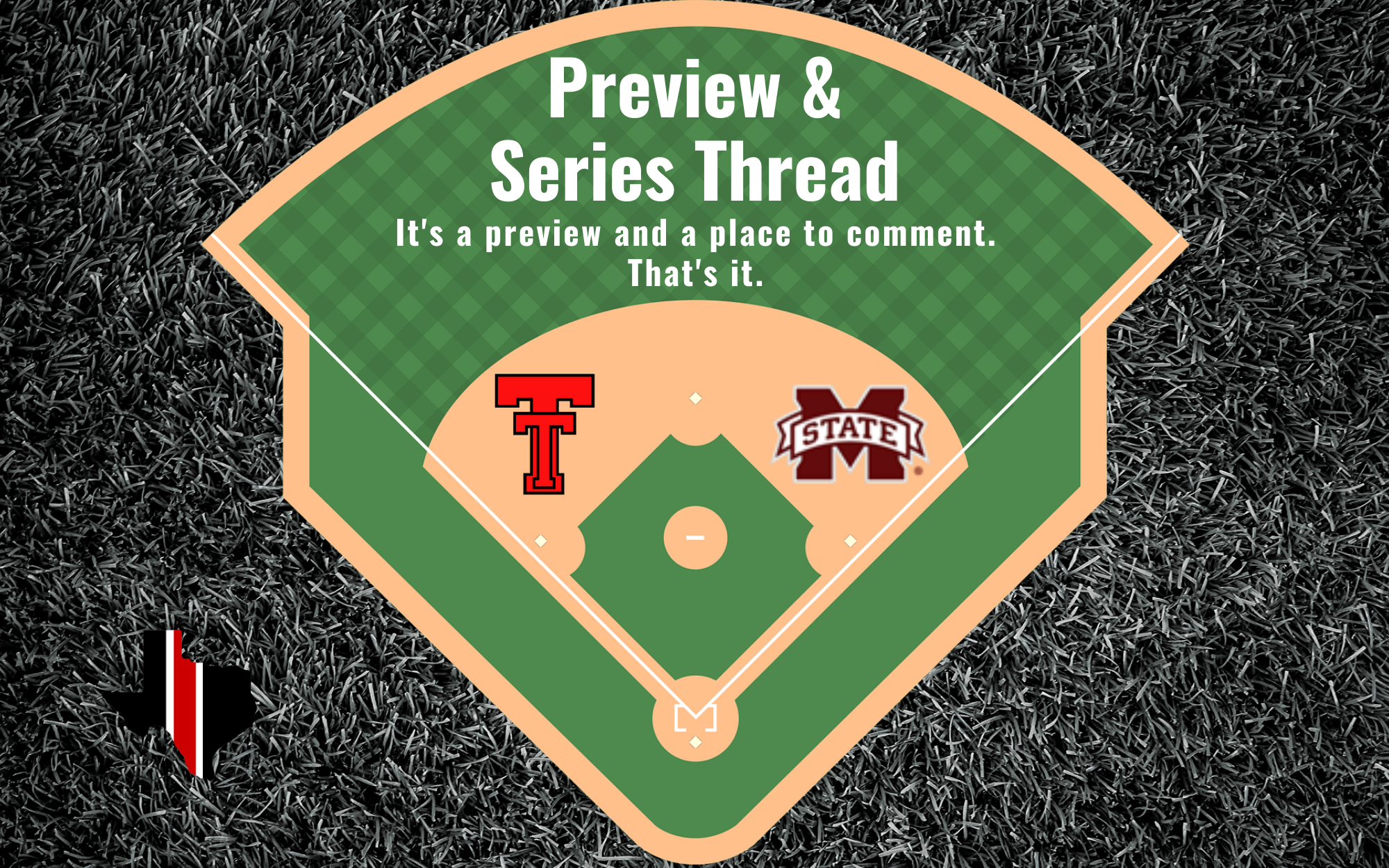 Texas Tech, ranked No. 2 by Baseball America, will face off against No. 13 Mississippi State at 6 p.m. Tuesday to start a two-game, mid-week showdown MGM Park, home of the Biloxi Shuckers — Double-A affiliate of the Milwaukee Brewers.

“They’ve gone through some things already,” Tadlock said of Mississippi State (10-4), which has won its last three games. “I’m sure trying to right the ship a little bit. We just played them last year. … So there’s some familiarity there.”

And while there may be a few familiar faces on the Bulldogs squad, the Red Raiders attention will be focused on trying to slow down MSU which averaged six runs in a three-game sweep over Quinnipiac last weekend.

“It’s going to be fun, it’s going to be a good environment,” Texas Tech pitcher Kurt Wilson said Sunday. “Can’t wait to pitch in that, or just compete against those guys. Especially with them being a College World Series team last year.”

Starkville Daily News’ Danny Miller – All hands on deck for MSU as it takes on Texas Tech, Arkansas:

The No. 10 Bulldogs play Texas Tech Tuesday and Wednesday, then open up the Southeastern Conference schedule at home against Arkansas Friday, Saturday and Sunday.

After pitching three innings and getting a win last Sunday against Quinnipiac, MSU head coach Chris Lemonis believes Dunlavey can be a factor again at some point this week.

“I think we’re in a good spot,” Lemonis said of the pitching staff. “I think getting through the weekend got us to a good spot. David was so efficient, he would be available (Tuesday) or Wednesday, so I think we have all of our guys ready.”

No. 2 Texas Tech had its 12-game winning streak come to an end, falling 6-3 to No. 10 Mississippi State Tuesday in the first of a two-game midweek series at MGM Park in Biloxi, Miss.

The Red Raiders (16-2), who entered with the nation’s top offensive numbers, managed a season-low three hits in the game and were held without an extra base hit for the first time this season.

A strong start from sophomore Mason Montgomery (0-1) suddenly turned around in the fifth. The lefty had retired nine straight from the second out of the first inning through the first out of the fourth, and battled through a rough defensive inning in the fourth to get a strikeout that left the bases loaded.

A pair of two-out doubles in the bottom of the seventh proved the difference as the No. 2 Texas Tech baseball team suffered a 3-2 loss to No. 10 Mississippi State on Wednesday in front of over 6,000 fans at MGM Park in Biloxi, Miss.

Sophomore right-hander Hunter Dobbins turned in another strong midweek effort for the Red Raiders (16-3), who have now suffered consecutive losses for the first time in 47 games dating back to last season with a midweek loss to Duke on April 16 followed by the series opener against Baylor on April 18.

Dobbins tossed six innings and allowed a run on seven hits while striking out five. The start for Dobbins was the third time he has tossed 6.0 frames, matching his career high. He has thrown 5.0 innings in all three starts this season and struck out 25 against just five walks.