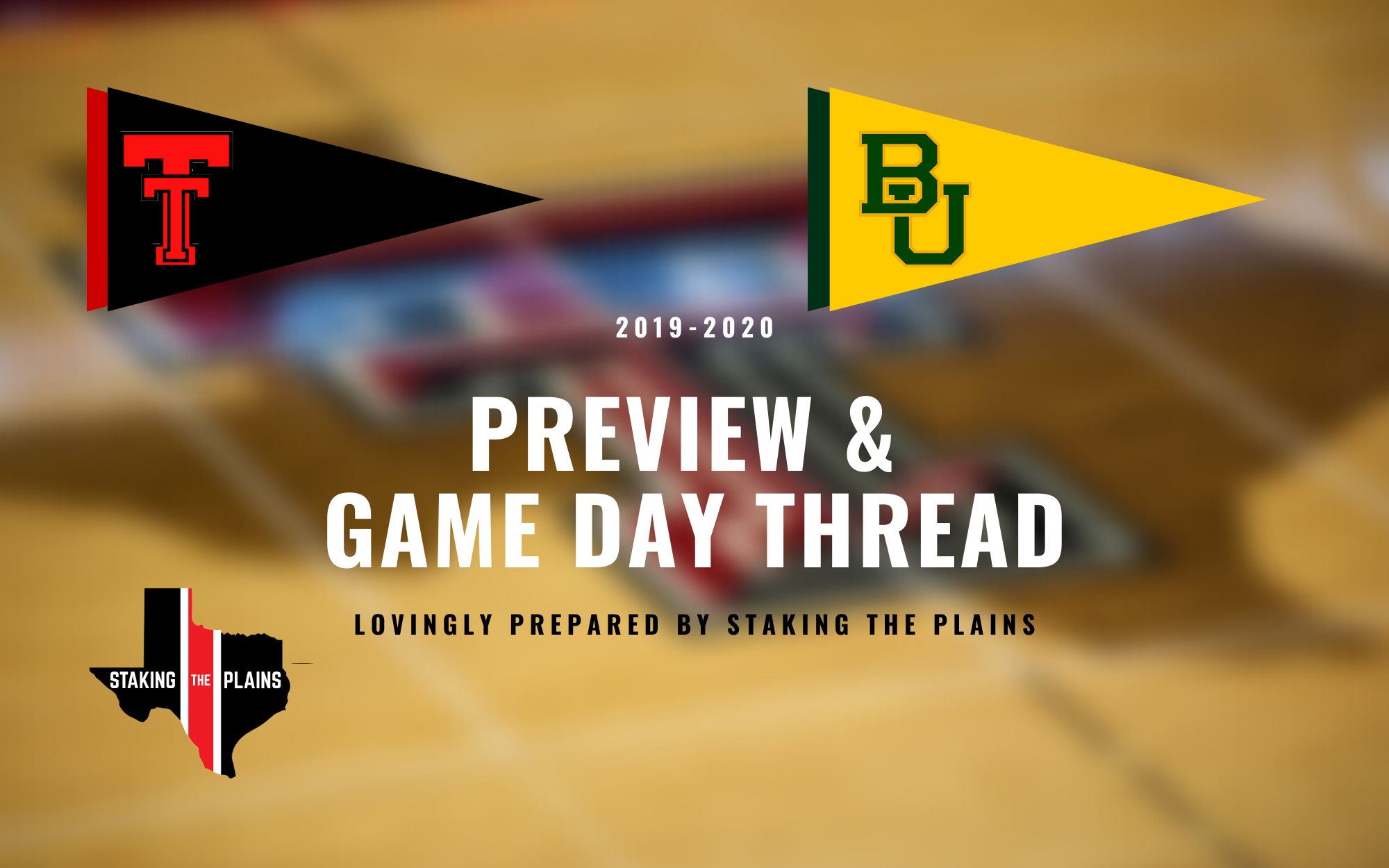 On the road to face the Bears.

1. Stats. Baylor won 23 straight before losing to Kansas about a week and a half ago, and then lost to TCU on the road on Saturday. So Baylor will most likely be incredibly motivated. Because, you know, they’ve lost 2 of 3. Baylor continues to be absolutely elite at everything. They are elite at offensive rebounding percentage on the offensive end of things and on the defensive side, they force turnovers, hold opponents to a really low shooting percentage, and block a good share of shots. Should be a fun senior night.

2. Scouting. Teague and Butler make the offense go for the most part and Gillespie is the inside presence that causes a ton of issues. Teague and Butler aren’t elite shooters, but they are more than adequate. Gillespie makes everything he shoots (he really only shoots inside the three-point line). It’s not the offense that does the work, it’s the defense that is suffocating and it’s really good. I also want to add that Baylor really doesn’t play more than 8 players so the other two players listed probably won’t see action unless there was a serious issue.

3. How They Match Up. When I do these previews, I sometimes don’t delete a preview from a few weeks ago. The last one that I’ve saved was from the Oklahoma game and the offensive numbers has gone down on every starter (other than McCulllar) which says more than you probably want it to. The dip on the offensive side of the ball, even with a blowout win against Iowa State has resulted in two straight losses, Oklahoma and Texas. I think that Holyfield is going to have to be present. Sometimes I think he is not present and present would be preferable.

On the other hand, Texas Tech will be playing with what Davide Moretti said would their “season on the line” after suffering a 68-58 loss to Texas on Saturday.

It marked the second straight defeat, after a Tuesday road loss to Oklahoma, in which Red Raiders coach Chris Beard credited his opponent with being more aggressive in the second half.

“We expected this, this is what good teams do,” Beard said Saturday after the loss to Texas. “We played an Oklahoma team whose back was against the wall. We got their best punch. And today we play a good Texas team that’s well coached, backs are against the wall.

“We take their best punch and they knocked us out with it. We’ve just got to stay the course and understand this is what March basketball is.”

With their last two regular season games against Baylor and Kansas, Texas Tech (18-11, 9-7) will play a major role in determining the Big 12 champion. Though the third-place Red Raiders have dropped their last two games to Oklahoma and Texas, they’re always hard to prepare for.

“Their depth makes them really good in short turnarounds and obviously their motion offense is tough to prepare for and their defense is one of the best in the nation,” said Baylor coach Scott Drew. “But you expect nothing less in the Big 12.”

Texas Tech will begin the final week of the regular season with a road game against No. 2 Baylor at 8 p.m. on Monday at the Ferrell Center in Waco.

The Red Raiders (18-11, 9-7 Big 12) are looking to respond from dropping a pair of games against Oklahoma and Texas last week, while the Bears (25-3, 14-2) are coming off a 75-72 road loss at TCU last Saturday. Baylor earned a 57-52 win over Tech back on Jan. 7 in Lubbock in the second game of the conference season. The programs have split the regular-season series against each other the past four years with BU last sweeping the home-and-away format in the 2015 season. Tech leads the all-time series with an 80-59 advantage, but is 29-36 all-time in Waco.