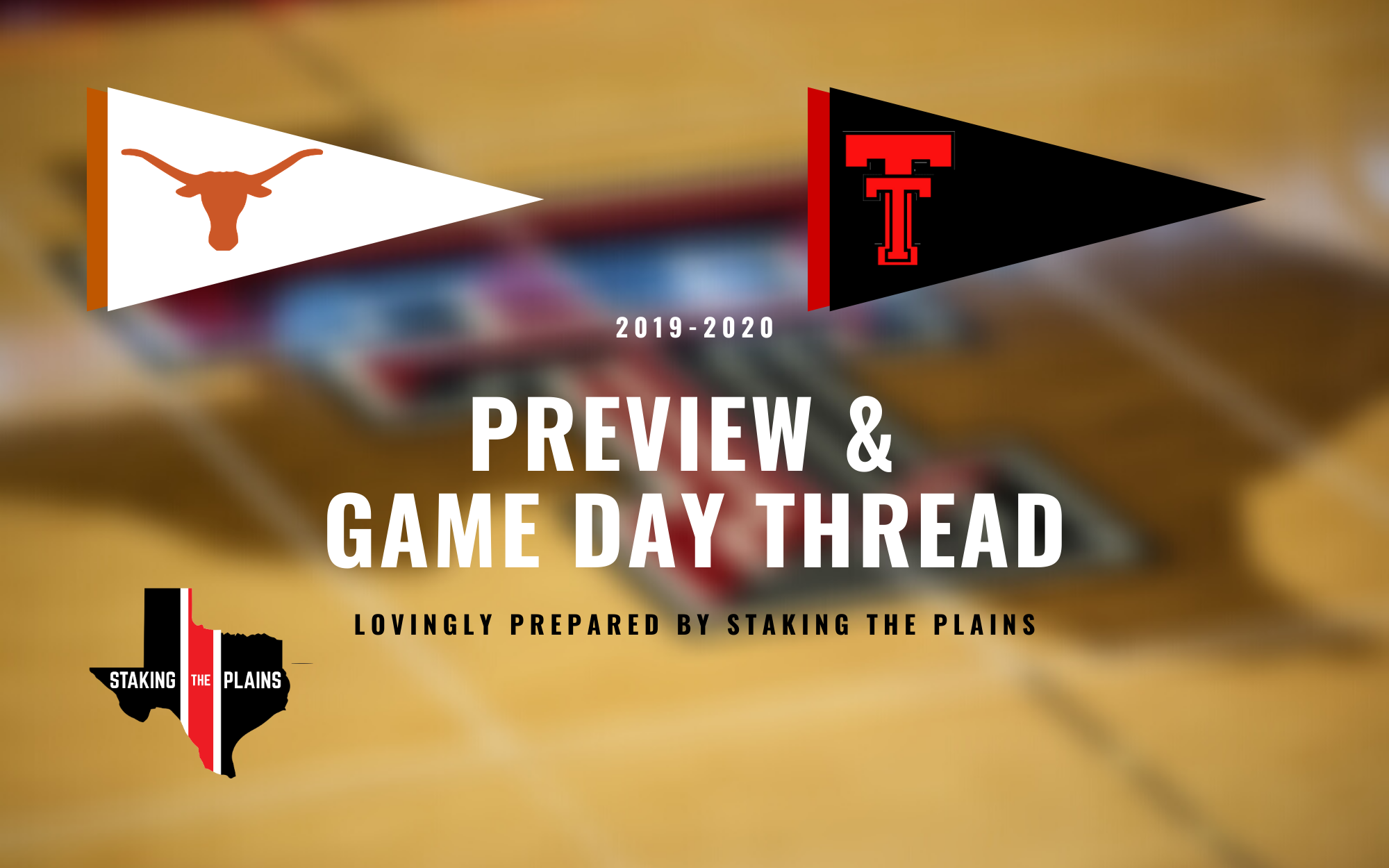 1. Stats. I have questions about who is healthy and who is not. The last game out for Texas, a win against West Virginia, and Shaka Smart went with an 8-man lineup, so Hepa and Febres didn’t even get in the game. Hepa and Febres didn’t play, but they may not be healthy. Texas is not a good offensive team, I suppose they are middle-of-the-pack, but they are a turnover machine, 282nd in turnover percentage, and they also do not get to the line, 350th. Defensively, things are much better, they are terrific at defending shots, 54th in eFG%, and 58th in turnover percentage. The one deficiency is that Texas is terrible at defending against offensive rebounds.

2. Scouting. Coleman and Jones are very good shooters and that’s a huge concern for me as they both shoot over 40% from the three-point line. I’m pretty sure that’s how Texas has won the last three games, wins at home against TCU, away at Kansas State, and then at home to West Virginia. And it was because Texas shot over 59% from an eFG% in each of those games. They’ve found a rhythm and that’s concerning. Let’s hope that Texas continues their not so great winning ways on the road, where the Longhorns are 4-5 on the road.

“I thought we had the guys ready to play,” he said Tuesday night. “But we obviously didn’t. So I’ll take responsibility for this one as the coach.”

Beard and his coaching staff are ensuring the No. 22 Red Raiders are laser focused, pasting pieces of paper with the words “40 minutes” in big letters all throughout United Supermarkets Arena.

It nothing else, Beard is hoping Texas Tech understands that an 11 a.m. Saturday game against resurgent Texas has turned into a must win after turning in one of its worst 40 minutes of the season.

“We were frustrated against Oklahoma, but coach (Lon) Kruger and Oklahoma does that to a lot of people,” Beard said Thursday. “So it’s important to try to learn through the things you didn’t do well. Also, trying to learn from the things we did do well.

“I thought the second unit came in and played great in the second half. Got us back in the game, played with an energy and a spirit that you’re going to need at March nears. Just gotta stay the course and play our best 40 the next game out.”

Forget what may or may not happen in April. Focus on the here and now.

Here’s how Texas can make the NCAA Tournament: Beat Tech on Saturday and/or Oklahoma on Tuesday, and then beating Oklahoma State at home next weekend is a must.

A 2-1 finish and at least one victory at the Big 12 tournament in Kansas City would likely seal the deal. Anything short of that would mean another NIT berth.

Saturday will be no ordinary day at United Supermarkets Arena, either. Tech will honor its greatest player ever, Andre Emmett, who was murdered last September in Dallas.

The school plans a fundraiser to build youth basketball courts in Dallas and Lubbock, both in Emmett’s honor. And if that wasn’t enough, Beard made an open plea to Tech students to come revved up. They’ll give students Tiff’s Treats and Taco Villa.

“What else do you want, students? Just let me know. Send me an email, whatever you want. Come to the game, and it’ll be here,” Beard said.

Beard even said if a Tech student comes to the game and doesn’t get a cookie or taco, they can come by the basketball office “Sunday after church.” Beard said he’s working on “the honor system.”

🙋‍♂️ Season almost over?
🗣️ Not even close.

Back at home and ranked No. 22 nationally, Texas Tech will host Texas at 11 a.m. on Saturday at the United Supermarkets Arena riding a five-game winning streak over the Longhorns.

The Red Raiders (18-10, 9-6 Big 12) come into the game having won five of their last seven contests after a loss at Oklahoma on Tuesday, while the Longhorns (17-11, 7-8 Big 12) have won three in a row following a 67-57 win over No. 20 West Virginia on Monday in Austin. Texas Tech earned a 62-57 win over Texas on Feb. 8 in the first matchup of the season with freshman Jahmi’us Ramsey leading the team with 18 points while Terrence Shannon, Jr. had 13 points and TJ Holyfield provided a season-high five blocked shots for the Red Raiders who had a season-best nine blocks.

Play For Dre. I think that the official site is making a push for this game to be the “Play For Dre” game, in honor of Andre Emmett. Pretty powerful stuff. I don’t think this team will need any extra motivation, but it’s there for the taking.

Leave everything out on the floor, just like he would have. pic.twitter.com/cXvIrmADVb

As great of a person as he was a basketball player. pic.twitter.com/Gth6WyiTJx