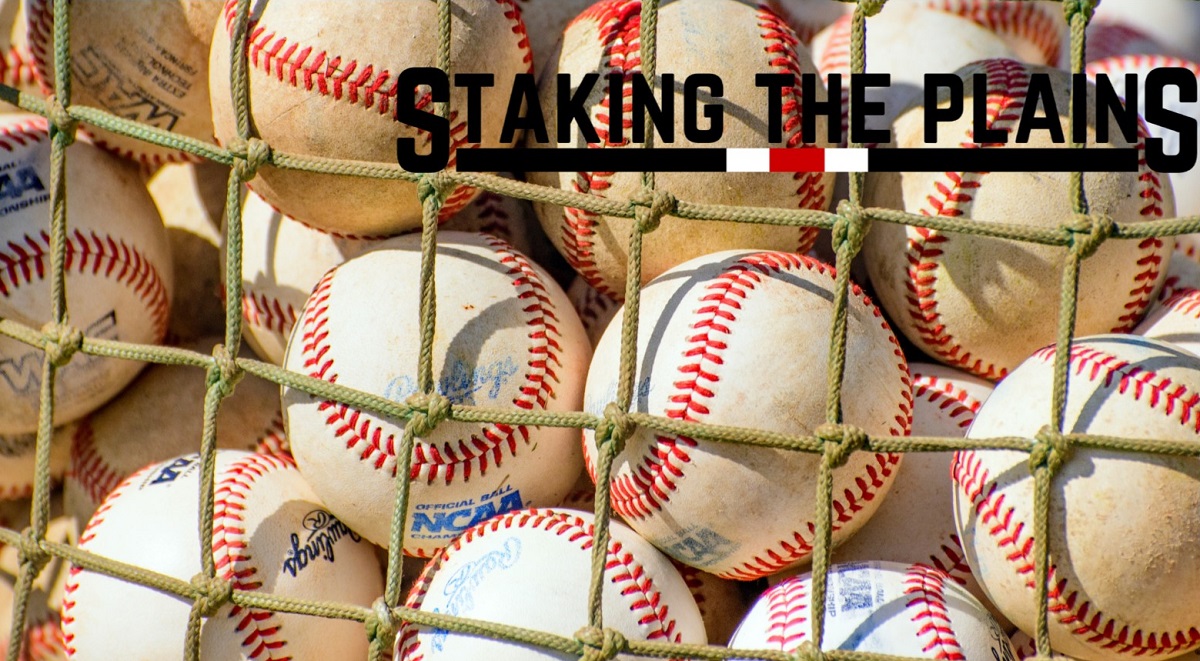 The Red Raiders announced their presence with authority on opening weekend at Dan Law Field at Rip Griffin Park. In a cold and blustery opener they took down the Houston Baptist Huskies 5-1 behind a nice 6.0 IP, 2H, 1R, 1BB, 6K starting performance from Clayton Beeter. Micah Dallas came in out of the pen to earn the save and displayed impressive athleticism off the mound as well. I feel like the cold and excitement to be playing someone else had Tech hacking at some bad pitches, but overall, a W is a W.

The story of the weekend of course was the offense. The Red Raiders took down HBU in the first Saturday game 24-3 and it was shortened to 7 innings. Tech combined for 19H for 24RBI, 7 dingers defined the day including 3 rods from freshman catcher Nate Rombach. Jace Jung also went 2-4, 5RBI, HR, 2R but in my mind the most impressive shot was the inside-the-park homerun by Cal Conley on a deep drive off the right center wall. He completely blew J Bob’s stop sign but man, kid has some wheels. Dru Baker, who had arthroscopic knee surgery just three weeks ago, put any fears about his health to rest when he blasted a triple on his first at-bat of the season. Parker Kelly quietly came in in relief as well going 2-2, 2RBI, HR, 2R and continues to be a nice defensive option as well.

The second game of the day wasn’t much different with Tech taking down the Northern Colorado Bears of the WAC 22-4. This game did not get shortened as they played it all the way out. Dylan Neuse was impressive going 5-5, 4RBI, HR, 4R and Cal Conley was right there with him going 5-6, 3RBI, HR, 3R. Bryce Bonnin turned in 8K in 4.0IP and looked very nice from the bump. The final day was once again more of the same with Tech taking down UNC once again 14-3 in a 7 inning game. Rombach led the way again going 2-3, 4RBI, HR, 2R, 2B.

As you can see on the graphic below, Rombach was impressive throughout the weekend with an unbelievable slashline and multiple big at-bats. He received multiple national accolades for his performance and is tied at the top of the NCAA with 5HR already this season.

Now I’m not here to say Texas Tech was playing elite competition. They’ll have a real test on their hands this weekend at the Round Rock Classic against Tennessee, Houston, and Stanford, but scoring 65 runs and slamming 12 dingers in any weekend against anyone is not easy. The team is combined for a .438 batting average right now, there are outlets out there that I don’t respect that tried in one breath to say NMSU and their stud Nick Gonzales were amazing for hitting big last year early against substandard competition because it’s hard, but that Tech and Nate Rombach don’t deserve credit for it for basically the same reasons. Tech certainly has things to figure out and plenty to improve upon, but so far you can’t ask for anything more as a Red Raider baseball fan.

WHICH ONES ARE MOST IMPORTANT?

There are six rankings in college baseball that are recognized and respected: D1 Baseball, Baseball America, Perfect Game, Collegiate Baseball Newspaper, NCBWA, USA Today Coaches Poll. In my humble opinion D1 Baseball is the single most reliable source of information and reasonable rankings in the sport, the rest overreact and treat baseball as a short season sport.