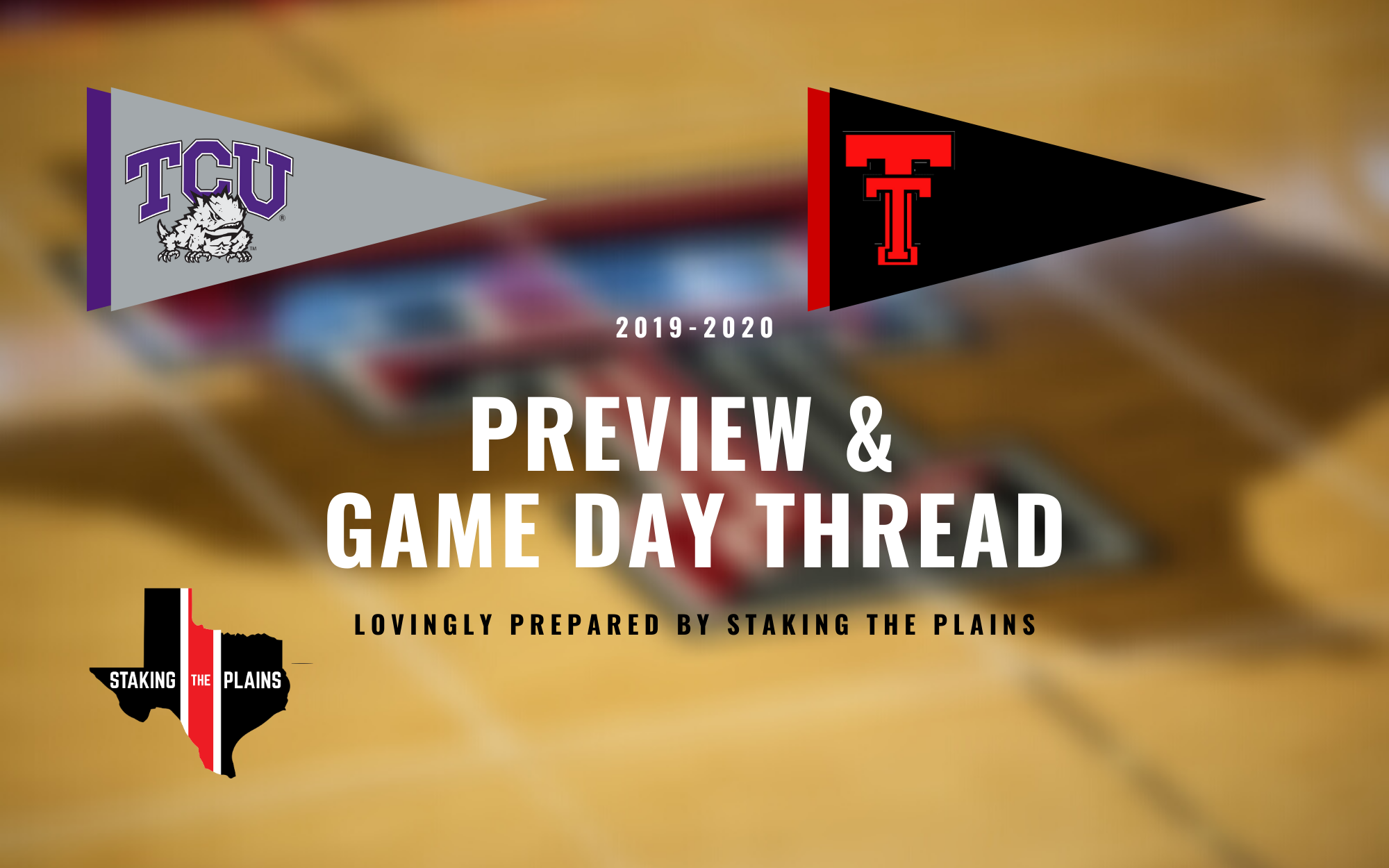 1. Stats. We meet again TCU. TCU got the better of Texas Tech in Ft. Worth. Bane and Samuels were true forces that were difficult to stop and Texas Tech simply didn’t have an answer. Since beating Texas Tech, TCU has lost 5 straight games, including on the road to Arkansas, hosting Texas, away at Baylor and Oklahoma State, and at home to Kansas. Offensively, things are definitely dipping for the Horned Frogs, especially offensively. They are a turnover team, over 21% of their possessions, which is 302nd in the nation, and they don’t get to the line really at all, 321st in the nation. They are still an offensive rebounding machine and I think that’s how they stay alive offensively because otherwise, they’d be in terrible possession. Defensively, the numbers are much better, they force a bunch of them, 22.7% of the time good for 31st in the nation, and they’ll also block some shots on you. I’d also add that TCU will block some shots on you, so they’re aggressive in that respect.

2. Scouting. Hands down, Bane and Samuel are their best players, Bane is a fantastic shooter, but you already knew that. Anything in or around the paint, Samuel is making. Stop Bane and you stop the TCU offense pretty much dead in their tracks. This is a game that Texas Tech is expected to win by 8 or so points and given the current state of these teams, that seems about right.

3. How They Match Up. I’d probably say that right now, TCU has the best player, in Bane, but Texas Tech has the best team, better defensively and much better offensively. TCU is a jump shooting team and if Texas Tech has learned anything, it would be to keep Samuel off the boards and don’t let Bane shoot the ball. And this isn’t to say that Bane is unstoppable, he only scored 8 against Arkansas, 12 against Texas, 14 against Baylor and Oklahoma State, and 20 against Kansas, but limit Bane and the TCU offense goes kaput.

“It’s our first Big Monday game,” Beard said. “So, this is a different beast. We need to get back quickly, get some rest.

“And (Sunday), we need to have a great day of preparation. But there’s that fine line between saving the guy’s legs and trying to practice a little bit.”

The process of putting together a game plan should be a bit more enjoyable considering the Red Raiders are coming off the heels of the programs second straight win in Austin. Last season, Texas Tech snapped a 22-game losing streak when playing in the state’s capital.

But all those positive vibes will need to be erased as the Red Raiders look toward taking on a TCU squad in the midst of a five-game skid – the last victory being a 65-54 decision over Texas Tech back on Jan. 21.

Texas Tech will look to avenge a loss and extend a winning streak when it hosts TCU at 8 p.m. on Monday at the United Supermarkets Arena.

The Red Raiders (15-8, 6-4 Big 12) are coming off an impressive comeback win at Texas where they overcame a 16-point first-half deficit, while the Horned Frogs (13-10, 4-6 Big 12) dropped their fifth straight game with a 60-46 loss to No. 3 Kansas on Saturday. TCU earned a 65-54 win over Tech in the first matchup between the two teams this season on Jan. 21 in Fort Worth to snap a four-game losing streak to the Red Raiders. The Red Raiders, who are at No. 20 in the NCAA NET Rankings, come into the game on a two-game winning streak after earning a 69-61 win over Oklahoma last Tuesday.