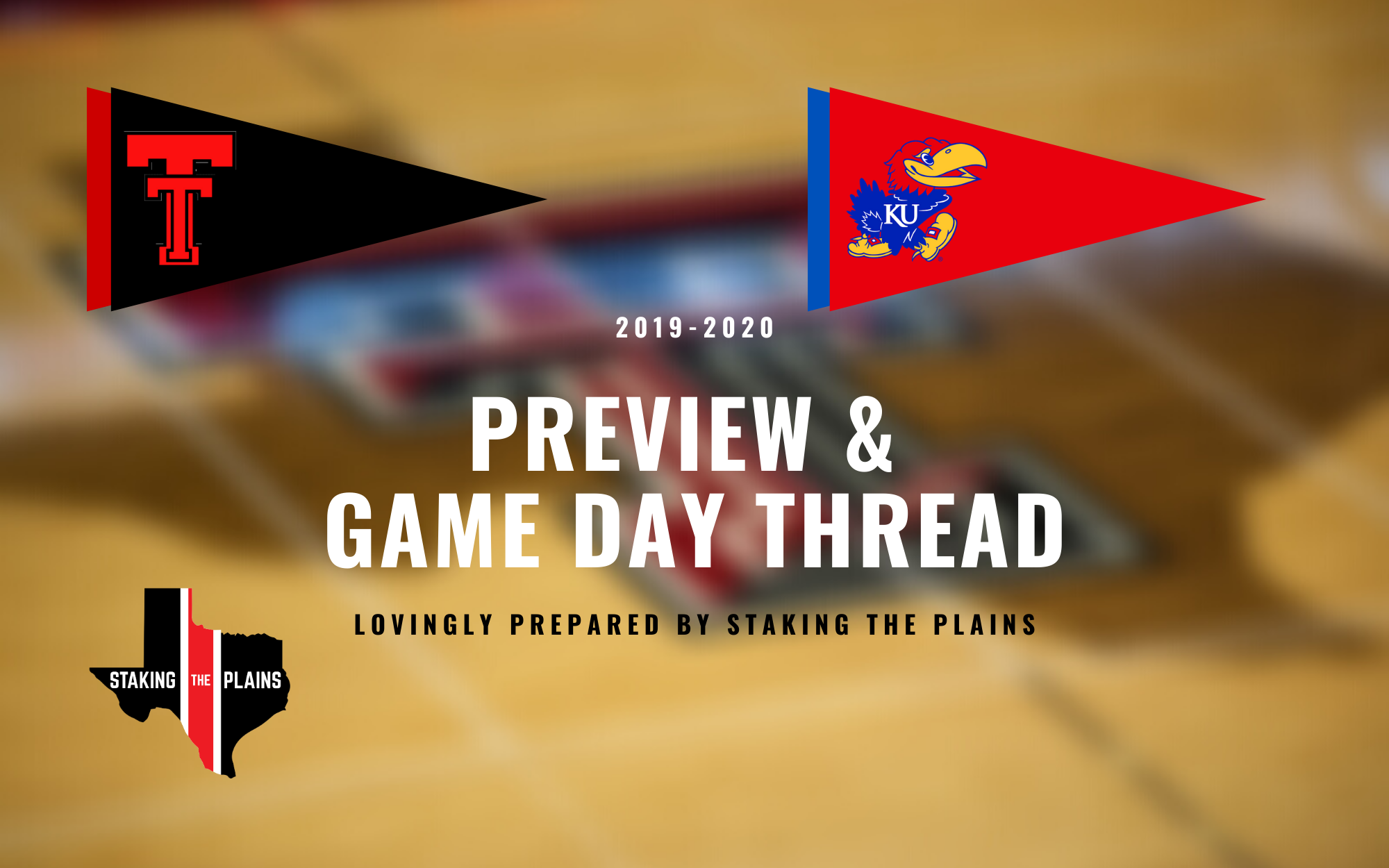 How to Watch: ESPN | ESPN

1. Stats. Kansas is very good. Like, really, really, good. Kansas is one of the best shooting teams in the nation, 54.3% in eFG%, which is 19th overall, and in particular, they’re great inside the arc, making 55.5% of their two-point shots. The real only weakness offensively is that the Jayhawks are terrible free throw shooters, 264th in the nation. Defensively, they’re even better than what they were offensively, 10th in eFG%, 18th in three-point percentage at 29.2%, 18th in two-point field goals at 42.8%, they don’t foul, 16th in the nation in free throw rate, and they block a ton of shots, 14th in the nation.

2. Scouting. I am honestly shocked how poorly Kansas shoots the three-point shot. The only decent shooter is Braun and he’s terrific, making 44.7%, but Dotson is only making 27.8%, Moss is only making 36% and Agbaji is only making 35%. Those aren’t terrible, but they aren’t stellar and Dotson has 72 attempts, Agbaji has 90 and Moss has 83. The best offensive player is Azubuike and he’s dominant on the boards as well. Not really a surprise that he’s so good. Dotson and Garrett are the team’s best distributors and McCormack is a pretty good player, normally a starter, but was one of the suspended players that will be eligible to return today (of course). There’s also the thought that Braun could open up the offense a bit more and create more space for Azubuike, which would not be good.

3. How They Match Up. This is a tough match-up for Texas Tech because of Azubuike’s size. I was curious as to the T-Rank game prediction and those stats say that Kanas will win by 12 points (the spread is 9), so without the human factor some mathematical formula is predicting a double-digit loss for the Red Raiders. That’s more of a testament to how good Kansas actually is more than it is about Texas Tech. Kansas is 9-1 at home (the only loss is to Baylor), 17-3 as a favorite, and 5-5 against the spread at home. Place your bets accordingly. The West Virginia win was significant and important. Aside from this Kansas game, Texas Tech will most likely be favored for the next 8 games (at least statistically) so don’t be surprised if Texas Tech runs off quite a few wins shortly. You don’t need me to tell you that matching up with Azubuike is the toughest match-up on the court and you’d expect Tchewa to play simply because he can hang with the size aspect. Maybe one day Big Russ will be our version of Azubuike. Either way, it’s going to be an incredibly long day for Holyfield.

Now, the focus shifts to No. 3 Kansas for a 3 p.m. Saturday road contest which is set for the Allen Fieldhouse and broadcast on either ESPN or ESPN2.

“It’s gonna be a big-time game,” Beard said Thursday on his radio show. “It’s really an opportunity for us to get back in this Big 12 Championship race. If we can get this one on the road then we’re right back, controlling our own destiny in a lot of ways.”

The Red Raiders (13-7, 4-3) have another chance to claim another resume-building victory when they face off against the Jayhawks (17-3, 6-1), the No. 2 team in the conference who have won their last five contests.

The Kansas City Star’s Jesse Newell – How KU and Texas Tech basketball have ‘borrowed’ from each other — and found success:

The admiration is mutual, though, as one of KU’s biggest improvements this season can be traced back to Beard and Texas Tech.

Self has changed his team’s ball screen coverage in 2019-20 to something he’s never taught. KU has started to “down” (or “ice”) screens, while working to keep the opposing ball-handler on one side of the floor.

The influence came partly from Texas Tech. The Red Raiders — while using an even more extreme version of that defensive coverage — finished No. 1 nationally last season in adjusted defensive efficiency.

“I study everybody we play,” Self said, “but I’ve watched more tape on Texas Tech.”

Earlier this season, Self envisioned his team switching more often defensively after downing screens — like Texas Tech does — but over time, he found that playing more conservatively with the defensive style suited this particular roster well.

Kansas 7-footer Udoka Azubuike swatted the shot of 6-6 Tennessee forward Yves Pons in the final seconds of Saturday’s 74-68 victory over the Vols, then, while smiling, waved his right index finger side-to-side to the home crowd.

“I thought it was great. I don’t know I’ve ever seen him smile on the court like that,” KU coach Bill Self said of 255-pound senior center Azubuike, who performed Dikembe Mutombo’s finger wag after his fourth and final block in the recent Big 12/SEC Challenge game.

“I’ve been trying to get our guys to play with more emotion and smile. We’ve been an emotion-less team as far as facial expressions,” Self added. “Anytime you can see that, I think it’s good for everybody. Doke doing it would be more contagious than anybody because that’s not been his personality.”

Texas Tech and No. 3 Kansas will match up for the first time this season in a 3 p.m. Big 12 showdown on Saturday at the Allen Fieldhouse in Lawrence, Kansas.

The Red Raiders (13-7, 4-3 Big 12) are coming off an 89-81 win over West Virginia on Wednesday night where they matched a season-high with 11 3-pointers and also went 28 of 32 from the free-throw line, while the Jayhawks (17-3, 6-1 Big 12) are on a five-game winning streak following a 65-50 win at Oklahoma State on Monday. KU is currently 9-1 on its home court and Tech is 1-3 in true road games. Davide Moretti scored a career-high 25 points in the win over WVU after hitting four 3-pointers, while Terrence Shannon, Jr. went for 23 with a 12 of 14 performance from the line and Jahmi’us Ramsey went for 21 points with his third game of the season with five 3-pointers. The Red Raiders had three players score 20 or more points in a game for the first time since Jan. 11, 2017 against Kansas when Keenan Evans had 25, Niem Stevenson went for 22 and Zach Smith scored 21 in an 80-79 loss at the USA. As an unranked team, the Red Raiders are 2-0 against ranked opponents after also earning a 70-57 win over Louisville which was at No. 1 in the Dec. 10 matchup at the Jimmy V Classic in New York.