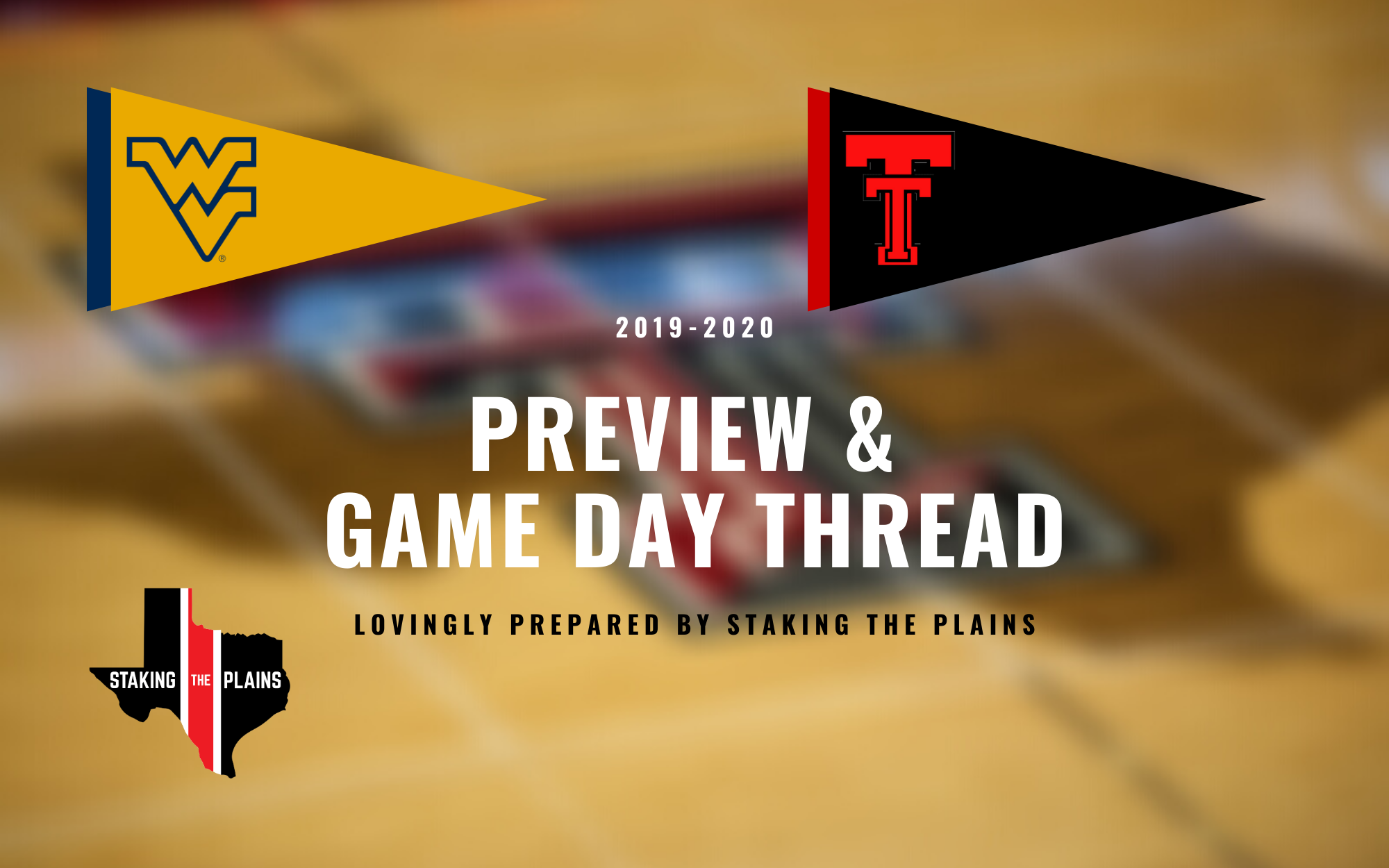 1. Stats. Not a huge fan of how these opponents are somewhat bunched together, Texas Tech hasn’t even played Texas, Oklahoma, or Kansas (and there may be another I’m forgetting) but will have finished up the series with Mountaineers. The Mountaineers have a good offense statistically, but they do a couple of things really poorly and that one thing, shooting, didn’t happen the way it was expected and WVU had a player go for a career high. So, back to the offense, the Mountaineers are a high turnover team, 20.9% of their possessions result in turnovers, which is 280th in the nation. The Mountaineers are also 295th in three-point shooting and are terrible at shooting free throws, 332nd in the nation. They do things well, like 1st in the nation in offensive rebounding and free throw rate. That’s been a problem for Texas Tech. Defensively, WVU is 1st in teh nation in adjusted defense and eFG%, while they are 2nd in limiting three-point shots, allowing only 25.7% overall.

2. Scouting. Tshiebwe is still really good and I can’t believe he’s just a freshman. And the last time out, Miles McBride made 8 of 11 and scored 22 points. Normally, McBride just wasn’t that good, but he is the one guy that’s shooting above 41% from the three-point line. The one guy. Whatever you do, don’t let McBride score. Statistically, it is Tshiebwe and Culver who dominate the glass. Haley is a good shooter from inside the arc, but other that McBride there are some issues for WVU offensively.

3. How They Match Up. Texas Tech weathered the rebounding storm that Kentucky presented and Texas Tech needs to do that again. It’s not going to be easy. We saw some things happen against Kentucky, like fewer minutes for Jahmi’us Ramsey because Ramsey is figuring out some things offensively and needst to figure out how he can score without having the ball in his hands. Kevin McCullar picked up a bunch of those minutes and he plays a bit bigger than his 6’6″ frame.

In its seventh league contest, Texas Tech will look to not only snap two-game losing streak but turn around a stretch that’s included losing four of its last six contests when it takes on No. 12 West Virginia at 7 p.m. Wednesday inside United Supermarkets Arena. The contest is scheduled to be broadcast on ESPN+, an online streaming service.

“I just think it’s opportunity. I wouldn’t want it any other way,” Beard said of taking on West Virginia on Wednesday and following it up with Kansas on Saturday. “It’s why you play, you know? … These are opportunities. A chance to play Kentucky, West Virginia and Kansas. I mean, bring it on. This is what it’s all about. This is fun.”

Fortunately for West Virginia, Emmitt Matthews is far more durable than Humpty Dumpty ever was.

Matthews took a great fall in Saturday’s 74-51 win over Missouri, hitting the ground violently when he drew a foul early in the second half. Matthews left the game for the training room after his free throw attempts, then returned to the bench where he stayed for the remainder of the game.

Texas Tech returns to Big 12 play when it hosts No. 12 West Virginia at 7 p.m. on Wednesday at the United Supermarkets Arena.

The Red Raiders (12-7, 3-3 Big 12) are 9-2 at home this season after falling 76-74 in overtime to No. 13 Kentucky in a Big 12/SEC Challenge battle, while the Mountaineers (16-3, 4-2 Big 12) earned a 74-51 win over Missouri last Saturday. WVU secured a 66-54 win over Tech in the first matchup between the two programs on Jan. 11 in Morgantown, West Virginia. Davide Moretti led the Red Raiders by hitting four 3-pointers to finish with 16 points in the game and Miles McBride led WVU with 22 points and Oscar Tshiebwe had 17 rebounds for the Mountaineers.

Tech is currently 1-3 against ranked opponents this season with its win coming against Louisville with a score of 70-57 on Dec. 10 when the Cardinals were at No. 1. The Red Raiders and Mountaineers have split their last four meetings and WVU owns a 14-5 all-time advantage in the series.