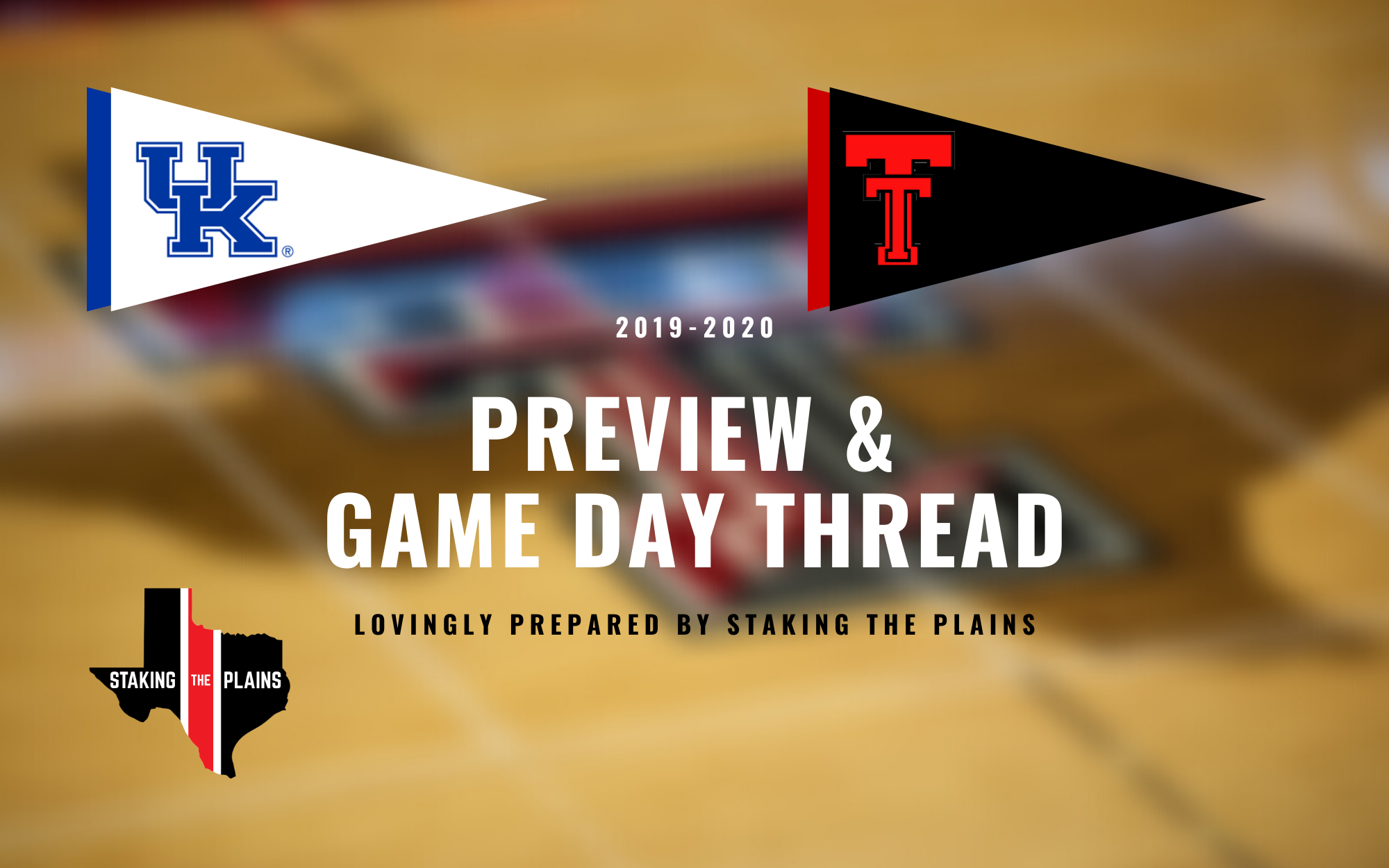 1. Stats. Offensively, Kentucky is a very good offensive team, top 35 is pretty terrific. There aren’t really a ton of deficiencies when it comes to Kentucky, they shoot free throws at a high rate, 9th in the nation, and they also shoot free throws well, 22nd in teh nation, and they also don’t get their shots blocked hardly at all. Defensively, again, they don’t have any huge deficiencies, the Wildcats hold opponents to 44.2% in eFG%, 21st in the nation, 20th in three-point percentage, 29.1%, 45th in two-point percentage, 44.5%, and 29th in block percentage. If I had to pick out one weakness, it would be that when Kentucky loses, they don’t shoot the ball well from beyond the arc, 4-17 against Evansville, 2-17 against Utah, 7-23 against Ohio State.

2. Scouting. Some roster news from yesterday, 9th man Kahlil Whitney transferred out of Kentucky yesterday, he was a 6’6″ forward and that makes the bench just a bit smaller. Richards, Quickley, and Hagans are all very good offensively. Richards is a huge rebounding and blocking presence. Richards is only shooting from up close and lots of dunks. What’s weird is that collectively Kentucky isn’t a bad three-point shooting team, but the guys that shoot don’t actually shoot all that well. Quickley is the team’s best three-point shooter, 39.5%, but Hagans only makes 30.8%, Maxey only makes 29.4%, and those are your volume shooters.

3. How They Match Up. The biggest issue is that Kentucky has bigs, plenty of bigs, Richards and Montgomery are very good rebounders and Texas Tech has had issues with bigs that are competent rebounders and good scorers. Richards is also a very good offensive rebounder, so he will need to be contained. You’ll also note that I’ve moved Clarke into the starting lineup. After a couple of games where he started in place of an injured Shannon, I think that with teams with two big men, Clarke really needs to start. Clarke and Holyfield are going to need to be terrific and I think that Texas Tech will need to shoot the ball really well (duh) from the perimeter.

So when he was asked about John Calipari on Thursday, Beard was quick to say he’s crossed paths with the long-time Kentucky coach on a few occasions and developed a deeper relationship following the Red Raiders’ run to the NCAA National Championship last season.

Beard and Calipari will meet, again, this time when No. 18 Texas Tech and No. 15 Wildcats face off at 5 p.m. Saturday as part of the Big 12/SEC Challenge held at United Supermarkets Arena.

“These big-time programs that have all the players and have all the five-stars, sometimes the coaching doesn’t get enough attention,” Beard said of Kentucky (14-4, 5-1 SEC). “It’s like in our league (Big 12). We know in our league that (Kansas’) Bill Self is one of the best coaches in the the history of college basketball.

“Sometimes the identity of Kansas is all the great players. I’d be really quick to tell ya, with 100-percent accuracy, coach Cal (John Calipari) is one the best that’s ever done this. Year in, year out he puts teams in positions to be successful. This year’s team is no different.”

So I asked the Tech coach this week what the teenage Chris Beard would have thought had he been told he’d one day be facing mighty Kentucky in front of a sold-out arena. Because that’s what will unfold Saturday in Lubbock.

“I would have believed it,” he said. “Not to be arrogant, but (I had) a lot of confidence in myself growing up. All great players and great people, what they do, they strive to be champions. You have to have confidence in yourself.

“So I always believed that I could coach in games like this and help players win games like this. I didn’t know if it was going to happen when I was living in Motel 6, coaching in the ABA, but you keep plugging away.”

On Saturday, all of those memories will flood into the mind of Beard as he leads No. 18 Texas Tech to take on No. 15 Kentucky in a 5 p.m. Saturday matchup as part of the Big 12/SEC Challenge held at United Supermarkets Arena.

“We approach it exactly like we do every game. Whether it’s Creighton or Southern Miss., or UTRGV or TCU. It’s the next game on the schedule,” Beard said. “I mean, we understand Kentucky. What makes it cool is everything they’ve done in the past.

KentuckySportsRadio’s Aaron Torres – An Opposing Coach Gives a Scouting Report on How to Beat Texas Tech:

Put simply, Clarke is a matchup nightmare, a 6’6 forward who is built like a linebacker and rebounds like a young Dennis Rodman – but also initiates the offense and is this team’s best passer.

It isn’t an exaggeration to say that there is no one in college basketball quite like him. And how Kentucky chooses to guard him will be their first big challenge against Tech.

“He makes you make tough decisions before the game even starts,” this coach said. “They’ll use him in ball screens and then you’ve got to make decisions. Are you going to switch [defenders]? And now when you’re switching in some cases, you’re switching your point guard onto him. Are you willing to do that?”

If there has been a pivotal moment in this Kentucky season, Immanuel Quickley suggested it happened at Arkansas last Saturday. That’s when UK breathed life into the concept of a player-driven team.

John Calipari’s ejection in the second half essentially removed the driver from what would be a coach-driven team.

“We had to kind of look each other in the eye and see if everybody was going to give everything they had,” Quickley said. “And they did.”

In previewing UK’s game at No. 18 Texas Tech on Saturday, Calipari spoke of a transformation being made to a player-driven team.

“When you’re player-driven now, which they are, they have to handle more of this,” he said, “and not count on me to step in and save the day.”

No. 18 Texas Tech is set to host No. 15 Kentucky at 5 p.m. on Saturday in a Big 12/SEC Challenge matchup at the United Supermarkets Arena.