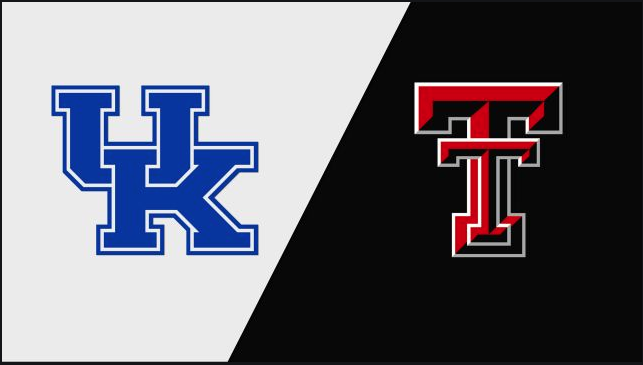 This is a big one on Saturday in the USA, we have the Kentucky Wildcats coming to Lubbock for the Big 12 vs SEC challenge. UK gets a lot of media coverage, yet with much appreciation from us over at STP I had a chance for a Q&A with Nick Roush of Kentucky Radio Sports & Big X Sports Radio. A huge thanks goes to Nick for taking the time, and giving us some of his perspective on the UK vs Texas Tech match-up. Here we go –

Swany: UK basketball is sitting at 14-4 (5-1 in SEC). The losses that the Wildcats have suffered have been tight contests and could have gone either way if a few different things go right in the games for BBN. How has this season played out so far compared to expectations coming into it?

Roush: When the Cats defeated No. 1 Michigan State rather handedly in the season-opener, expectations sky-rocketed across the BBN. The roller coaster quickly reached a new low when Evansville came to Rupp Arena and beat UK. The roller coaster ride remained low to the ground until the Cats hit a hot streak, starting with a win in overtime over Louisville. Since then Nick Richards has been excellent and the guards have been much better behind the three-point line. The only blip was a buzzer-beating loss at South Carolina. Generally speaking, fans feel good about where this team falls in the pecking order of a wild college basketball landscape.

Swany: It’s hard to single out a star of stars on the UK roster, just about every player can have a breakout performance on any given day. It seems Tyrese Maxey and Ashton Hagans are the guys who tear it up and can go off for some big points in bunches during stretches. How do you defend them in the backcourt, or has there been any teams that have been able to slow those fellas down?

Roush: Maxey has been taken out of games offensively when he is asked to do more defensively, like guard Anthony Edwards. As for Hagans, teams have dared him to shoot. If an early one falls, they’re in trouble. Every opponent recognizes that his strength is attacking the rim. What they fail to realize is that one of his greatest weaknesses is his ability to finish contested shots at the rim. Every time a defender helps off to stop Hagans, it gives others wide layups.

Swany: Looking at some of the recent games, UK has had leads in the 2nd half and let them slip away. Is there any explanations as to what has been happening to let the opponent climb back into the games? What are this squads biggest strengths and weaknesses?

Roush: This is the one worry most UK fans have about the team. They do almost everything right, but they haven’t learned how to put teams away. I wish there was an easy explanation. I only have one theory. Calipari is currently trying to find production from role players outside of UK’s Big Four — Hagans, Maxey, Richards and Immanuel Quickley. Sometimes he might leave in a Keion Brooks or a Johnny Juzang for too long. Sure, it gives them more time to find themselves, but it also could be a reason why teams are making runs to come back into the game.

Swany: John Calipari is known as one of the best active college basketball coaches, and a guy that gets top level talent to Lexington each and every year. The one-and-done era is upon us, and Calipari might be the best in the nation putting together a roster that goes directly into the NBA. For other basketball fans that live outside Kentucky and don’t get to catch a lot of the Wildcats press conferences, what is the latest feel around the UK program about Calipari? Is it still trending positive and upwards with the fan base?

Roush: A Kentucky basketball coach will never have a 100% approval rating, even after a National Championship. That’s just Kentucky basketball. Even though he hasn’t been to a Final Four in five years, he can still do no wrong by most. One critique that had legs earlier in the season — Calipari loves to talk about his son Brad’s progress at Detroit during press conferences. Brad is shooting over 40% from three. UK could have really used that shooting a month ago.

Swany: Who is the guy on this UK roster that is the clear leader and heart of this Wildcats team?

Roush: Ashton Hagans is the unequivocal leader. He is only the second starting point guard to ever return for a second season in ten years under Coach Cal. He is THE guy, but what’s made the biggest difference for this team is the emergence of Nick Richards. Averaging north of 16 points and 10 rebounds since the Louisville game, his dramatic improvement in year three has altered the makeup of the team and taken pressure off the backcourt to perform at a high level offensively.

Swany: Texas Tech has struggled with going against big men in the paint on both sides of the floor, and if I had to categorize our biggest weakness it’s our frontcourt (or lack of a true big man). What should we anticipate from the Wildcats frontcourt on Saturday?

Roush: If you help off Hagans too hard, Nick Richards will get layups. If he gets one-on-ones, he has a quick and effective right-hand hook shot. Double teams might work once or twice, but he’s good at finding the open man. The only thing that’s slowed him down as of late is foul trouble. That’s when UK is in trouble inside. It’s hard for Bucknell grad transfer Nate Sestina to matchup with opponents on the defensive end and E.J. Montgomery can be a liability on the glass. Keion Brooks’ improved play over the last two games gives UK fans optimism inside, but surrendering offensive rebounds cost them a win at South Carolina.

Swany: Texas Tech has made great strides in trying to gain the respect of the college basketball world. Chris Beard had done his best to get us significant basketball respect and put us on the map for people to think of TTU as the new kid on the block that can hang with traditional blue bloods, like UK. What are your thoughts on the Texas Tech basketball program as we have been battling on the court to gain recognition over the past few seasons?

Roush: After the Elite Eight appearance, the BBN realized, “Okay, this Chris Beard guy is pretty good. Where will he go next?” I think everyone was surprised to see him return and take the team to the Championship game in 2019. His style of play isn’t glamorous, but it’s revered so much that he’s near the top of many UK fans’ short-list to be John Calipari’s successor.

Swany: We like to ask this around here, put you on the spot…. Who do you got in this one, UK or Texas Tech?

Roush: If this game happened two weeks ago I would be incredibly concerned. Since then UK has won some tough games on the road. They gave up a lead at Arkansas and still rallied for a late 15-0 run to win after Calipari was ejected. They’ve also played varying styles, from the up and down to ugly defensive rock fights, much like the one that will present itself Saturday. That experience will serve them well and ultimately I believe UK comes away with a hard-fought 64-61 win.