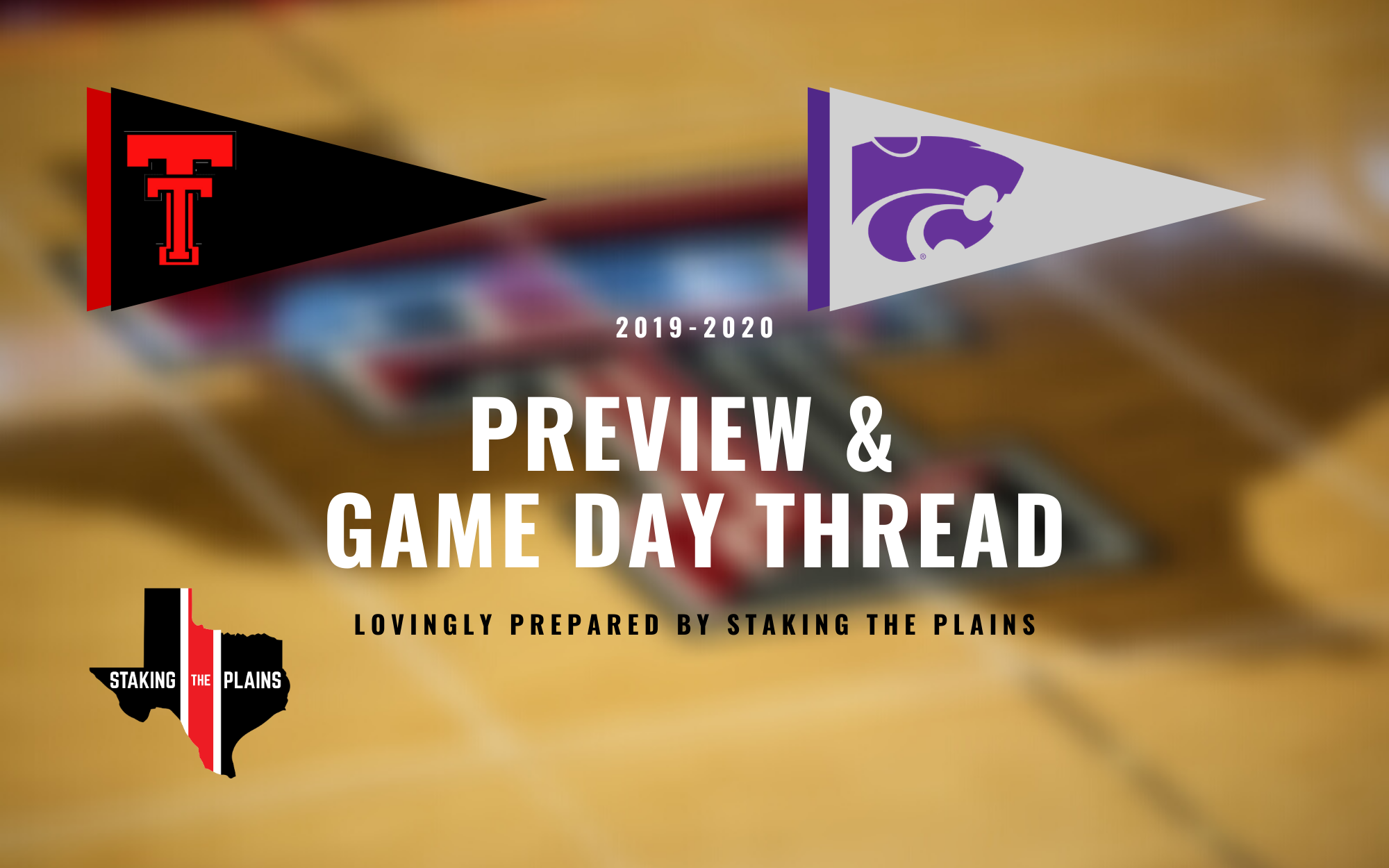 Trying to get back on track.

1. Stats. Kansas State is not a very good offensive team and that’s really a surprise considering how much they had coming back (at least to my memory). I thought Sneed would take a pretty significant jump, but it hasn’t been that big of a jump. It’s also surprising that K-State is one of the worst turnover teams in the nation, 276th overall and they are also 292nd in free throw percentage, and 297th in getting their shots blocked. They’re also not particularly great at putting the ball in the basket, 202nd in three-point percentage, and 222nd inside the arc. Defensively, it’s a different deal, the Wildcats are pretty terrific, especially at turning the ball over 12th in the nation, so they’ll get after you, and 85th in eFG%, which is pretty darned solid. Adding to that is that teams don’t shoot free throws very well against them, so I don’t know what to think about that.

2. Scouting. Just about every game K-State has lost, they’ve been pretty terrible offensively (even in games they win, they haven’t been great). Sneed is the best player and Diarra is a pretty close second. Diarra is terrific at dishing the ball and good things tend to happen when Sneed is on the floor. McGuirl is the best shooter on the team, 46% from the three-point line, but that’s where he’s most dangerous, inside the arc, he only makes 42%. That doesn’t make sense, but here we are. Diarra also shots a ton from the outside, but he’s only making 28% of his three-point shots.

3. How They Match Up. I’m honestly surprised that K-State isn’t as good as they are and this should be a game that Texas Tech wins on the road. There are no players that seem to be Texas Tech’s kryptonite, like a dominant big man or a rebounder who keeps Texas Tech off the glass, this is a team that Texas Tech should beat. The key for the Red Raiders will be remedying the things that they didn’t do well against West Virginia, which is that they just have to shoot better and they have to get to the line. If Shannon is healthy, I think this helps that situation.

And after suffering a pair of losses to nationally-ranked Baylor and the Mountaineers in conference play last week, Texas Tech may not go to that extreme but will need to review the tape and see what needs to be done to end their second-longest losing streak of the season.

The Red Raiders, who dropped to No. 23 in the AP top-25 poll to start the week, will look to turn things around when they face off against Kansas State at 7 p.m. Tuesday at Bramlage Coliseum in Manhattan, Kansas. The contest is scheduled to be broadcast on ESPN+, an online subscription service.

“We never really take it out of our mind because West Virginia was our first Big 12 road game with six freshmen,” Beard said Tuesday before practice inside Bramlage Coliseum. “I think we’ll see how it plays out. I think West Virginia is one of the best teams in the country. … Internally, we have a real consistency about the way we think, act and work. Kansas State is the next game on the schedule.”

One thing that did not help Texas Tech’s shooting, or aggressiveness to the rim, was the absence of guard Terrence Shannon Jr. The 6-foot-6 freshman missed the Mountaineers contest due to back issues, which made him a game-time decision and day-to-day moving forward.

hortly after Kansas State lost its third straight basketball game against Texas on Saturday, Wildcats coach Bruce Weber made sure to point out a few positives that could easily go unseen by anyone watching this team from afar.

The biggest was DaJuan Gordon, a freshman guard who played hard to the end against the Longhorns and finished with nine points and five rebounds.

“He’s got the heart of a lion,” Weber said. “I think he is slowly but surely going to become our leader.”

The reigning Big 12 Co-Champions will both look to get back on track when No. 22 Texas Tech travels to play at Kansas State at 7 p.m. on Tuesday at the Bramlage Coliseum in Manhattan, Kansas. The Red Raiders (10-5, 1-2 Big 12) have dropped their last two games with losses to No. 4 Baylor and at No. 17 West Virginia last week, while the Wildcats (7-8, 0-3 Big 12) have opened conference play with defeats to Oklahoma, TCU and Texas.

Texas Tech and Kansas State shared last year’s conference championship with 14-4 records during the 2019 Big 12 fight. The game will be broadcasted on Big 12 Now on ESPN+.

Tech is coming off a 66-44 loss last Saturday to the Mountaineers in its second road game of the season and KSU took a 64-50 defeat in Austin. The Red Raiders had been on their second five-game winning streak of the year before falling in the pair of ranked vs. ranked matchups last week and will now look to avoid their second three-game losing streak of the season. Tech is currently scoring 73.7 points per game, shooting 43.6 percent and is limiting opponents to 39.6 percent shooting, while KSU is scoring 64.6 points per game and shooting 41.5 percent through 15 games. The Red Raider defense has limited seven opponents under 60 points this season, including holding Oklahoma State to 50 points in a 35-point win to open Big 12 play before taking a 57-52 loss to No. 4 Baylor which followed its win over the Red Raiders in Lubbock with a victory over No. 3 Kansas in Lawrence, Kansas.