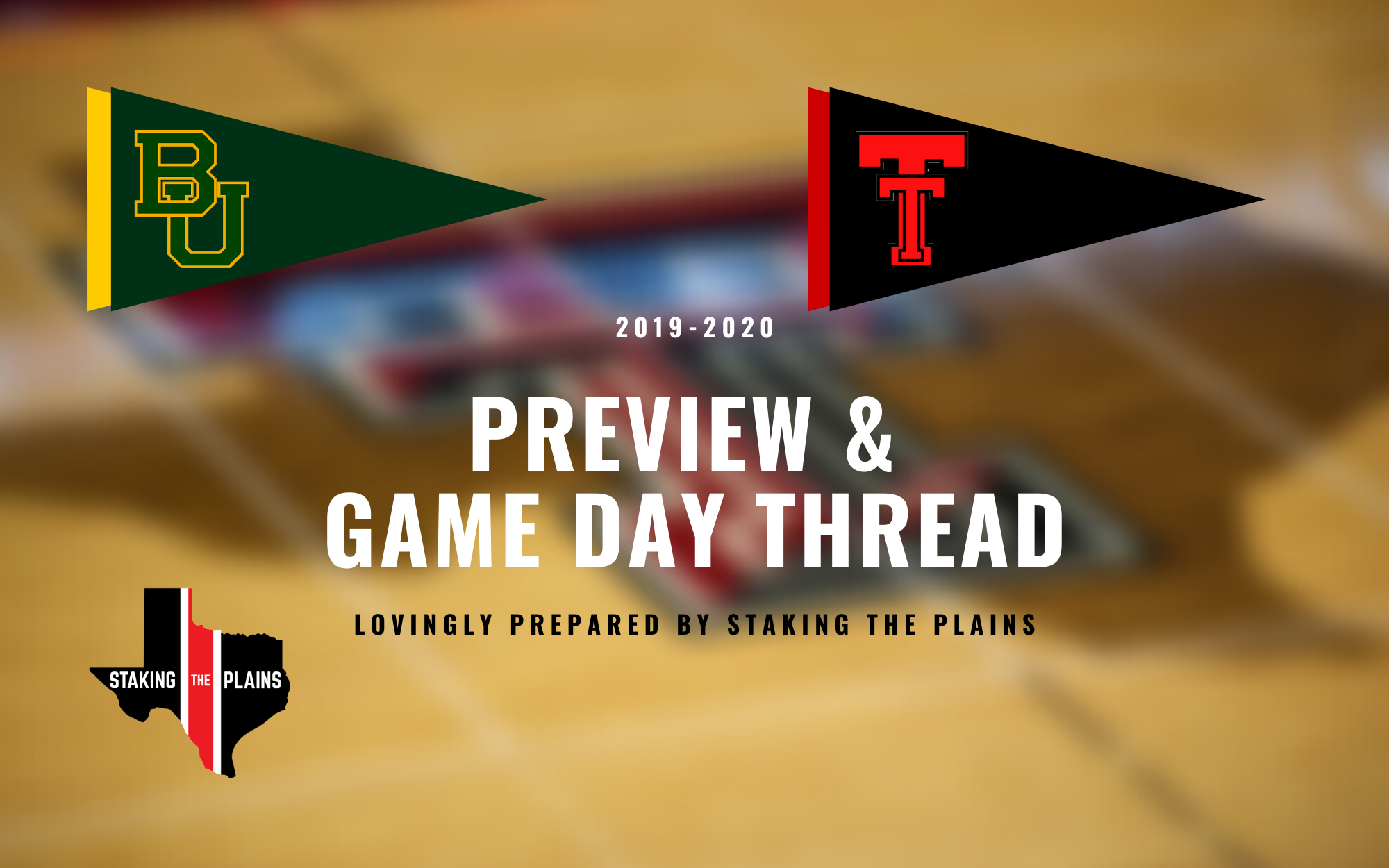 1. Stats. Baylor is a very good, very good basketball team. Don’t let your disdain for all things green and gold make you think anything different. Baylor is 7th in the nation in offensive rebounding, they don’t turn the ball over that often, 60th in the nation, and the Bears are also 68th in three-point shooting, which is really what propels their offense. That’s what they do. Defensively, Scott Drew has implemented the Chris Beard idea of defense which is to have a bunch of guys who can switch and one post player and let the guys play. Baylor is 14th in eFG%, 28th in turning the ball over, and 8th in field goal percentage.

2. Scouting. Every player for Baylor is a defensive stud, at least from a ratings perspective. Butler, Teague, and Gillespie are all really terrific offensive threats, with Butler being the star three-point shooter, making 42%, with Teague making 35% and Bandoo makes 42%. Gillespie is a terrific rebounder, both defensive and offensive, and is a superb shot-blocker along with Thamba, but he only plays about 23% of the minutes. Vital will also grab some offensive boards.

3. How They Match Up. Baylor has a much better offense, at least on paper, and they’ve played teams like Washington, Villanova, Arizona, and Butler in non-conference play. Both of these teams do so many things the same defensively that this is likely going to be a defensive battle. A couple of other notes is that Baylor is a superior offensive rebounding team and Texas Tech 16th in the nation in defensive rebounding and Texas Tech is 39th in the nation in shooting free throws while Baylor is 189th. Take advantage at the line if possible.

4. Reading Material. Avalanche-Journals’s Carlos Silva, Jr – After year off, Holyfield returning to form for No. 22 Red Raiders as they host No. 4 Baylor:

So, when he was asked Saturday of what went into his 17-point, seven-rebound and three-block performance in a win over Oklahoma State, the Texas Tech graduate transfer did not provide much fluff about his first Big 12 Conference contest.

“If I’m on the court, I feel like I can help more than being on the bench,” Holyfield said.

The matter-of-fact statement was a bit of a quip, but also contained a good deal of truth for the 6-foot-8, 225-pound forward who struggled to find consistent play earlier in the year due to foul trouble.

In fact, during a five-game stretch from the middle of November through the first week of December, Holyfield racked up four fouls or more and averaged five points and four rebounds per game while shooting 35 percent (8-for-23) from the field — including a zero-point, two-rebound effort against DePaul.

“The two road games are at arguably the two toughest places to play in the Big 12,” said Baylor forward Freddie Gillespie. “But we’ve been playing pretty well, and it’s just one more test and will help show the rest of the conference and other teams that we really are that good.”

“Obviously, they have the same principles and apply the same pressure and defensive tenacity,” said Baylor coach Scott Drew. “Yes, a lot of different faces, and Coach Beard has done a great job in integrating a bunch of new players with his scheme in a short period of time. Coach Beard has always done a good job of bringing in older guys as well, so they have college experience, and physically and mentally they’re ready for the rigors of college basketball.”

A Big 12 battle is about to go down when No. 22 Texas Tech hosts No. 6 Baylor at 8 p.m. on Tuesday at the United Supermarkets Arena.

The Red Raiders (10-3, 1-0 Big 12) enter their first ranked vs. ranked matchup of the season on a 10-game conference winning streak and 15-game home win streak that both date back to last season following their 85-50 win over Oklahoma State on Saturday, while the Bears (11-1, 1-0 Big 12) have the nation’s third longest active winning streak at 10 games after they opened conference play with a 59-44 win over Texas in Waco. Updated national rankings, a press conference and a PDF of game notes will be posted on Monday afternoon.