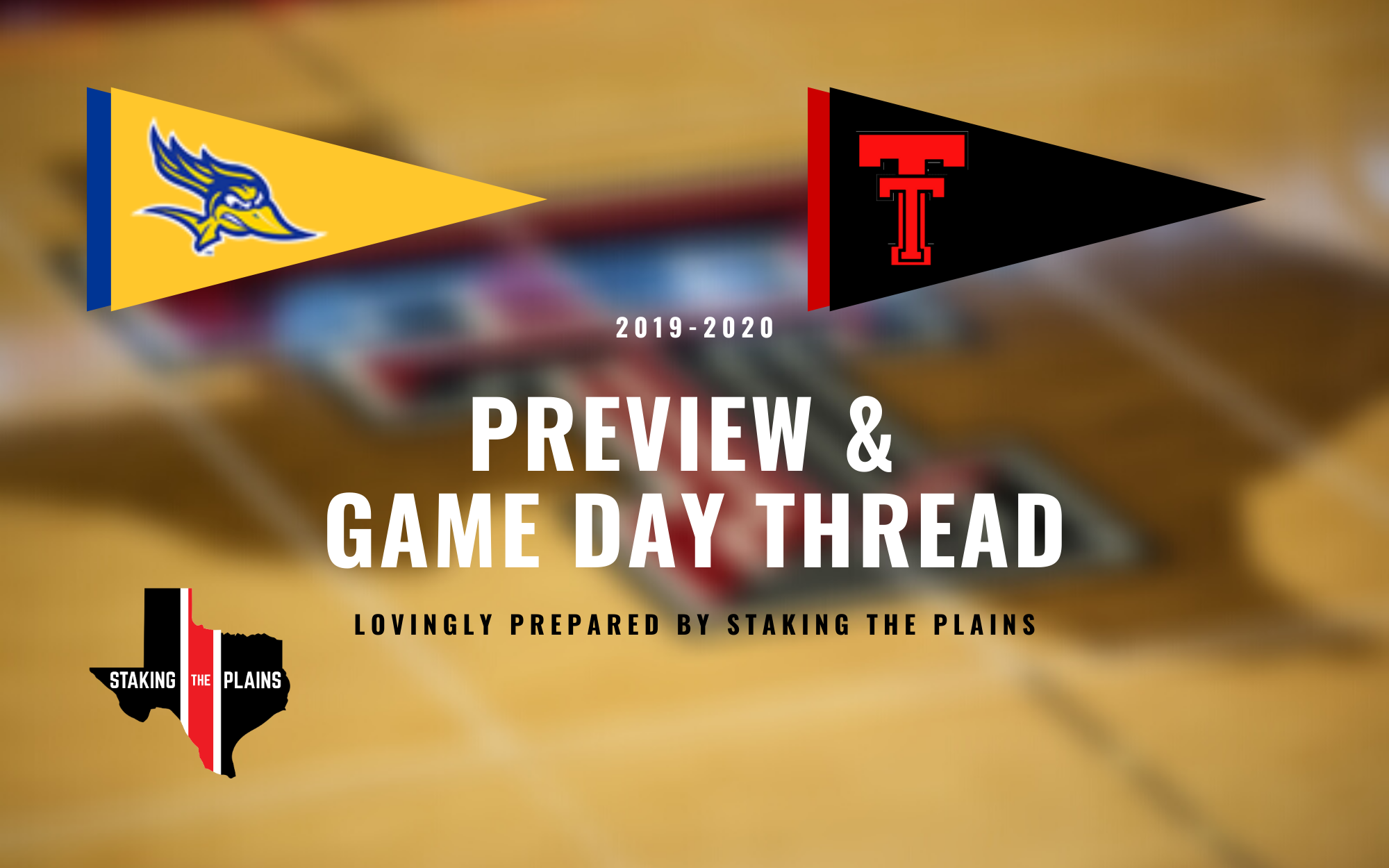 How to Watch: FSSW+ | FOXSPORTSGO

2. Scouting. Not a real dominating player for the Roadrunners. Moore is probably the best defender, while Stith is probably the best offensive player and rebounder, Stith shoots 65% from the field and is a rebounding machine. I mentioned above that CSU Bakersfield turns the ball over quite a bit and that’s not the fault of Perry who has a high assist rate and a more than acceptable assist to turnover ratio. It’s not his fault, it’s the other folks. Generally when I look at the numbers, you try to find things that players are really good at and offensively or defensively and for the Roadrunners they simply don’t have many players that check any of those boxes.

3. How They Match Up. Texas Tech’s offense is really trending in the wrong direction. I think that the offense was competent a month ago and now I think that it’s really headed in the wrong direction, turning on the jets only in the second half of most games. T-Rank is predicting a 15 point win and really, it should be greater than that. In any event, the offense is struggling to shoot the ball, but still gets to the line at a high rate, 55th in the nation. eFG% shooting has dipped to 14th in the nation and turnover percentage is 174th. Those are things that can be changed. Defensively, Texas Tech is still elite, limiting opposing teams from offensive boards and a top 70 team in terms of eFG% as well has a high turnover rate for opposing teams, 42nd in the nation. The other interesting thing about this team is that every one of them has a high defensive rating. There is technically not a bad defender on the team AND/OR the team plays such good team defense that there’s no bad defender on the team. I’ll take both.

The players will get their shot to prove their mettle when Texas Tech hosts Cal State Bakersfield at 3 p.m. Sunday in the second part of a basketball doubleheader at United Supermarkets Arena. The contest is scheduled to be televised on FOX Sports Southwest.

“In this game, again our opinion, it’s the best team we’ve played nonconference at home. What we strive for is consistency and playing our best game.”

The final matchup for No. 23-ranked Texas Tech before the start of the 18-round Big 12 Conference fight brings Cal State Bakersfield to Lubbock where the Red Raiders will host the Roadrunners at 3 p.m. on Sunday at the United Supermarkets Arena.

Texas Tech (8-3) is now 6-0 at home this season, has won 13 in a row in the USA overall dating back to seven straight to end last season and is 56-5 in home games under head coach Chris Beard. Following a 68-58 win over UT Rio Grande Valley on Dec. 21, the Red Raiders have now won 53 straight non-conference home games while the Roadrunners (6-8) are on a two-game winning streak following wins over Cal Poly and Montana State before the Christmas break.