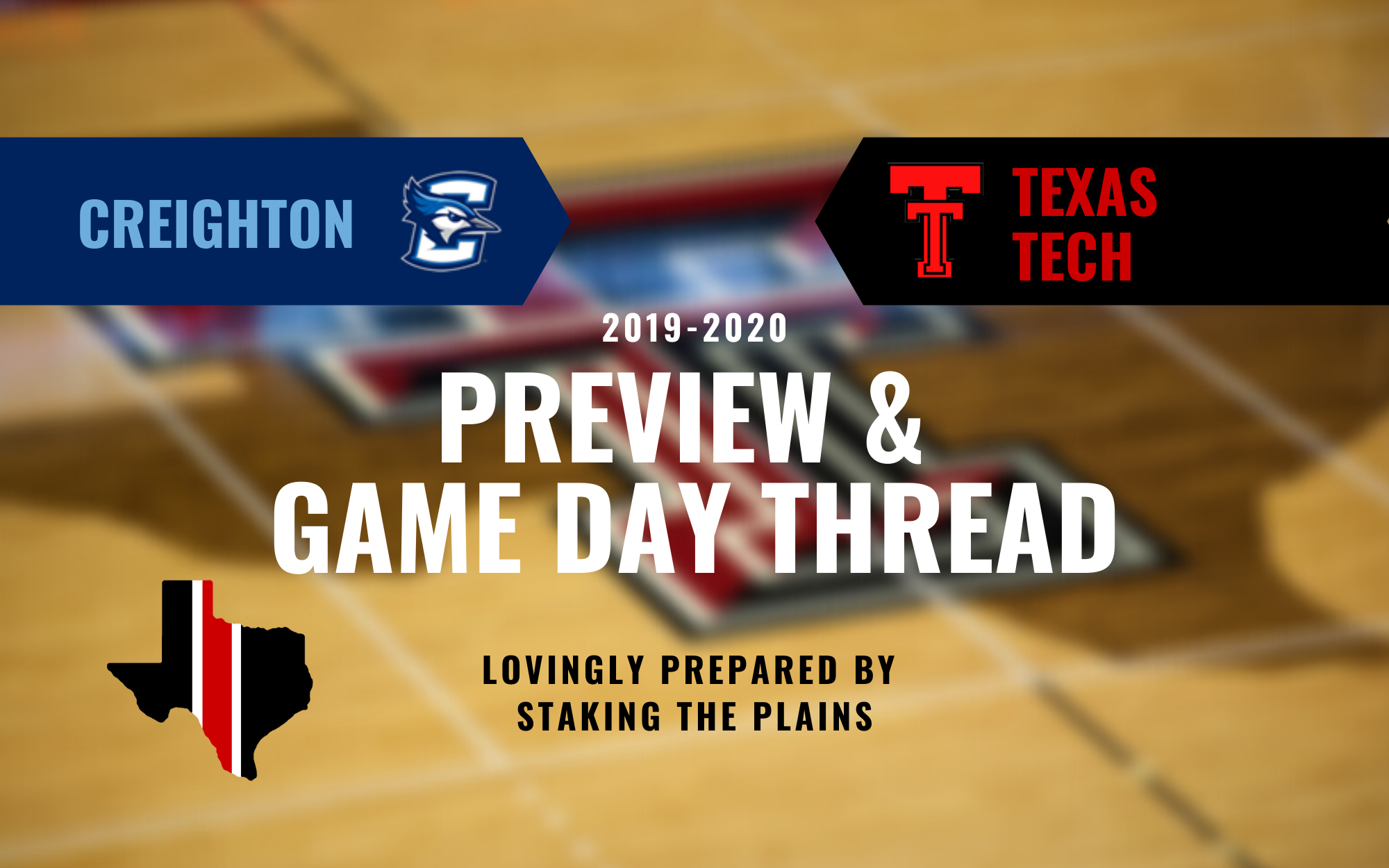 Let’s get back in the win column!

1. Stats. Hey, this is a much normal team for Texas Tech! Creighton is very good offensively, much like Iowa, but they do a things a bit differently. They are a very efficient team and shoot very well as well as don’t turn the ball over. But they are mainly a jump-shooting team that isn’t going to crash the boards at all. So they’ll either be shooting the ball and making it or turning around and headed back on defense. Which that’s not a real positive either, they allow teams to shoot almost as well as they shoot and they don’t necessarily force turnovers or box out particularly well.

2. Scouting. Ballock, Alexander, and Zegarowski are the three biggest offensive threats. They all shoot relatively well inside the arc and are actually very good outside the arc. Ballock and Alexander shoot 45% and 50% respectively, while Zegorowski shoots 41%. That’s pretty good. Texas Tech had a tough time closing out against Iowa, but the Bluejays don’t have a real post presence to worry about and I think that’s a pretty significant difference. Creighton has lost 2 games thus far, against Michigan and San Diego State. Against Michigan, they simply did not go to the line and they allowed the Wolverines to make 21 of 30 field goals. Against San Diego State, the Bluejays simply didn’t shoot well, 4 of 23 from the three-point line, and they also allowed the Aztecs to make more than 50% of their shots, 18 of 34, including 11 of 18 from the three-point line.

3. How They Match Up. I think Texas Tech can handle the guard aspect of Creighton and there’s not a huge post-presence to worry about. Jones is good at some things, in and around the basket, but is turnover prone and once it goes inside, it’s not coming back out. Jones is the only guy that will crash the offensive boards. Assuming that Ramsey sits this one out (I have no idea, but it would seem like further evaluation would be more important unless he’s totally cleared to play) I think this is a pretty good match-up for Texas Tech and one that I think will test what head coach Chris Beard wants them to focus on, which is not taking so many three-point shots and getting to the rim. Texas Tech is a team full of athletes that can do just that. Let’s see it.

Chris Clarke, Kyler Edwards and T.J. Holyfield combined for 31 points, including 18 in the second half, but it wasn’t enough as the Red Raiders suffered a 72-61 defeat in its first game of the Las Vegas Invitational.

“In the second half, I enjoyed coaching our guys. And I thought we really scrapped and played Texas Tech basketball in terms of effort,” said Beard, whose squad dropped to 5-1 and will play Creighton in the third-place game at 9:30 p.m. Friday. “We’ve got to play a lot smarter down the stretch, too many fouls and too many missed assignments — offense and defense.

“I think in the first half, Iowa played a lot harder than us. And we don’t say that a lot about our team around here. But we’ll adjust that and try to get better in the next 24 hours. We don’t have a lot of time to sit around and feel sorry for ourselves.”

Texas Tech is set to play Creighton at 9:30 p.m. (CT) on Friday night in the consolation game of the Continental Tire Las Vegas Classic at the Orleans Arena.

The No. 12-ranked Red Raiders (5-1) are coming off their only loss of the season after falling 72-61 to Iowa on Thanksgiving night, while the Bluejays (4-2) dropped an 83-52 game to San Diego State (7-0) after trailing by 15 at halftime. Tech was led by Chris Clarke who recorded a double-double with 11 points and 10 rebounds, but saw the Hawkeyes make 11 3-pointers and hold off the Red Raiders who closed to within two points with two minutes remaining. In the championship game of the Las Vegas Classic, SDSU and Iowa (5-1) will play before the TTU-Creighton matchup.