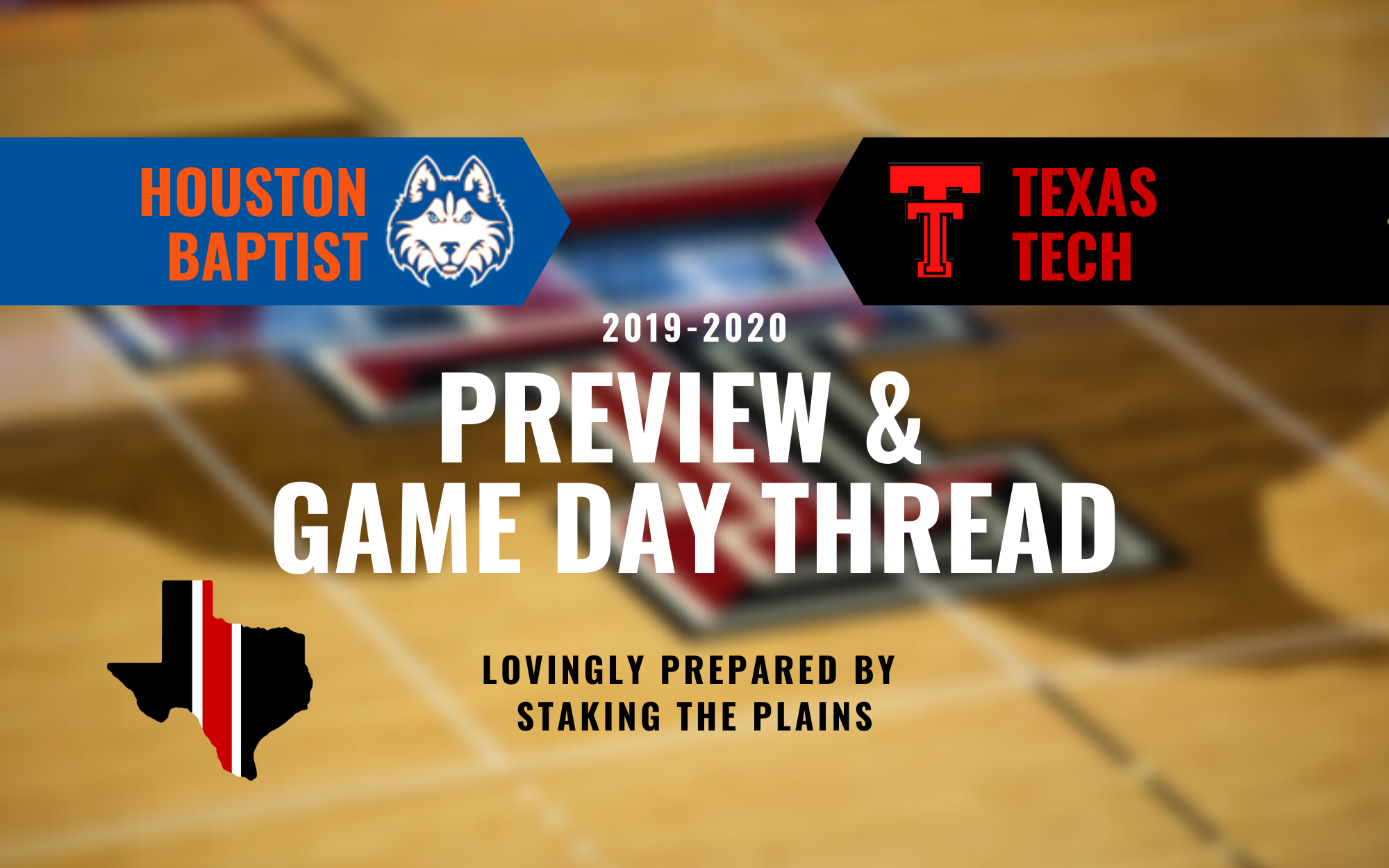 1. Stats. Well, another not-so-great opponent in Houston Baptist. The offense on paper (or computer screen) looks decent, but the defense is pretty terrible. They’ve had 2 losses thus far, to Tulsa, which was pretty close (80-72) and a 14 point loss to Oral Roberts where the Huskies gave up 95 points. HBU is about to play Texas Tech, Michigan, Houston, and Dayton all in a row, so that should be run. They have a 4% chance or less of winning each one of those games.

2. Scouting. Gates is an absolute scorer and he will put the ball in the net. He shoots ridiculously well, eFG of 60% and he’s got the ball in his hands a ton. But that is all he does. He almost does nothing else. Dalton is probably the most well-rounded player, does a nice job of scoring, shooting, and will crash the boards as well as play some defense.

3. How They Match Up. Houston Baptist is a pretty small team overall, they essentially start 4 guards, so we’ll see how that plays out on the boards. The 6’10” center for HBU doesn’t really contribute very much and only plays about 57% of the game, so he’s not in all of the time and he’s got some pretty terrible advanced stats. I don’t see many problems for Texas Tech, and I think the biggest aspect of the game will be shutting down the Huskies offensively, especially Gates. I think if he gets shut down, then the rest of it gets pretty easy.

“We’ve got to approach this like a road game,” Beard said. “Every game on our schedule has a purpose. And certainly the big, simple explanation is all nonconference games are preparing you for the Big 12.

Beard said an advantage of playing in this game is it gives his team a test run for a road game. The first two games of the year were in the friendly confines of United Supermarkets Arena.

“Even though it’s a neutral site game, we’re hopeful we’ll have a lot of fans here,” said Beard, whose team had a shoot-around at Chaparral Center on Tuesday night. “But just the routine of staying in a hotel, having a shoot-around and embracing playing on the road is good for our young team”

The No. 11-ranked Red Raiders (2-0) have started their season with wins over Eastern Illinois and Bethune-Cookman to follow-up their run to the 2019 NCAA Championship Final and Big 12 regular-season championship, while HBU (0-2) travels to the neutral-court game after dropping games to Tulsa and Oral Roberts last week. Tech has outscored its opponents with a 30-point margin through two games by limiting teams to 35.1 percent shooting and a balanced offensive attack that has three players averaging in double-figures and five scoring seven or more points per game.

The game will be streamed live on TexasTech.tv and on the radio throughout the Texas Tech Sports Network including the flagship station Double T 97.3 in Lubbock. The radio and streaming options will both carry the call from Geoff Haxton and Chris Level who will be teamed up together for the first time this season and the first since calling the NCAA Final Four last year. TexasTechTV is the streaming platform for Texas Tech Athletics’ live events and on-demand content. Fans can watch on desktop and via the mobile web, through Texas Tech Athletics’ official mobile app, and on Apple TV, Roku, and through Google Chromecast.