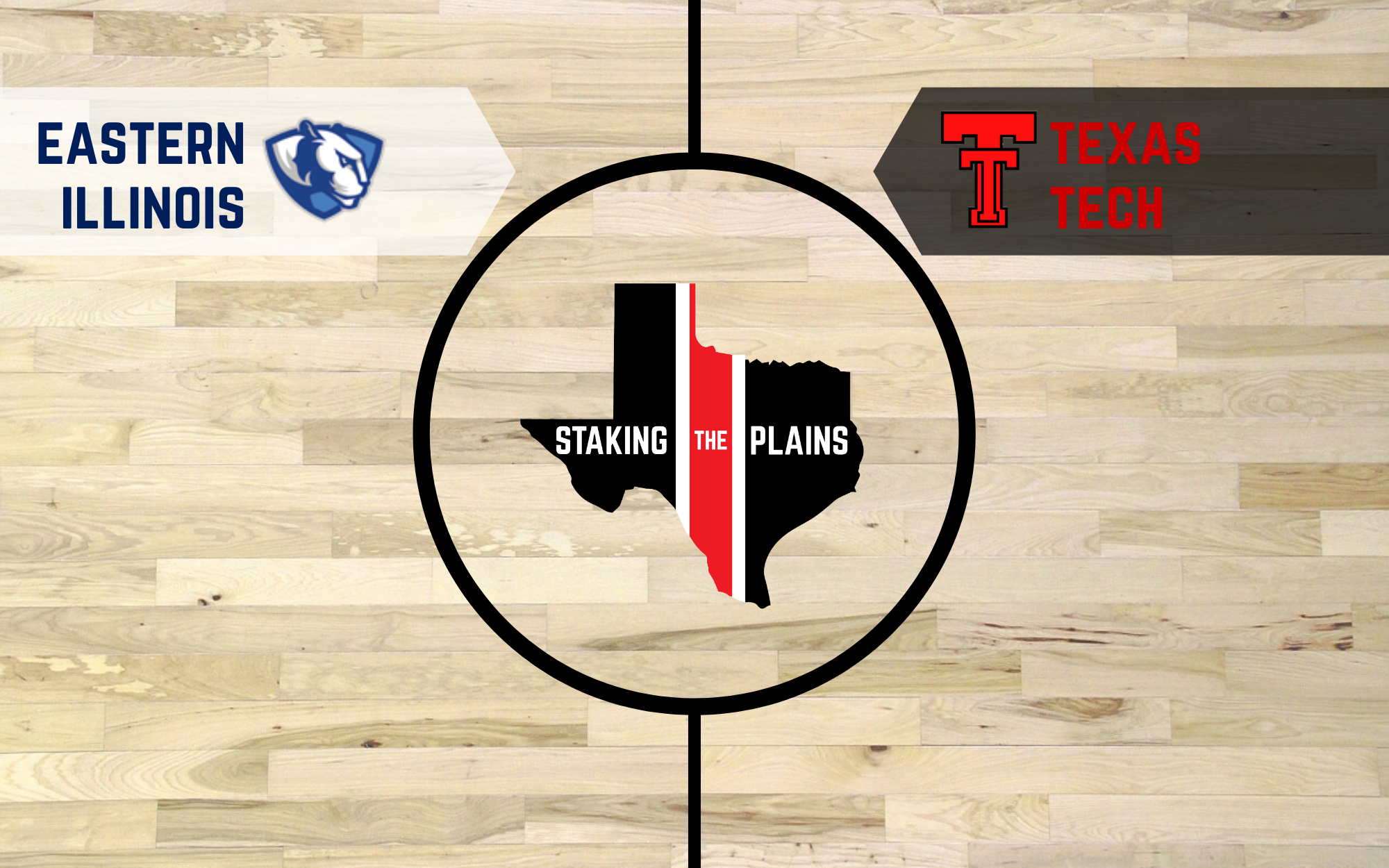 1. Stats. Here we are again friends. Eastern Illinois is not a good team, better offensively than defensively, but that’s not saying all that much. EIU has the 171st preseason offense and on defense, they’re rated 245. We don’t get a ton of advanced stuff right out of the gate. Texas Tech is 79th on offense and 2nd on defense and that also feels about right. I’ll be honest, I’m a bit nervous about the offense, partly because Culver, Mooney, Francis, and Corprew were all important offensively and could create their own shots. These guys will need to step up significantly.

2. Scouting. Wallace is the Panthers’ best player, a decent shooter, high usage rate, but nothing that jumps out from his stats. Although he is a good free throw shooter. Shareef Smith is a very good distributor, but he’s also turnover prone, and Mack Smith is very good at turning the ball over, but not a particularly creative scorer. Kukobat is a good rebounder, so that match-up for Holyfield will be interesting.

3. How They Match Up. Statistically, Texas Tech has the superior players, Moretti is a superior player in almost all respects, a terrific shooter, but not a great distributor. Last year, Culver and Mooney handled those duties to an extent along with Moretti. I’d imagine that Clarke picks up some of those duties, but someone else will need to help. Clarke is a terrific shooter and a good defensive rebounder, but he doesn’t score all that much. I’d love it if he did score in double-figures. Fun-fact? Before the season last year, I bet LaBarre that Mooney would average double-figures and so at some point, I hope to collect. Holyfield is a very good rebounder, especially offensively, and also a good shooter. That was at SFA so I think that takes time to translate.

“Very tough-minded and strong-willed,” Clarke said of what he found out about himself during his year away from basketball. “Words don’t affect me unless they’re from my mom and dad. What the outside world was saying about me, I really could care less. The people that know me, true to my core, knew what was going on.”

His close friends and family knew Clarke was away from the team and had to visit the local recreation center if he wanted to work on his basketball skills during five-on-five, pick-up games. Workouts were also a challenge as he chose not to lift weights on campus because he “didn’t think it was appropriate with everything going on.”

But, through it all, Clarke felt like he needed the reality check.

“The year off was challenging, just because, I got suspended from the team and I couldn’t lift weight and couldn’t really workout unless I went to a local rec center,” said Clarke, who averaged 9.2 points, 6.5 rebounds and 2.7 assists to go along with playing in two NCAA Tournaments with the Hokies. “It was also beneficial because I got to focus so much more on school.”

Down the stretch, it could be argued that Moretti turned into one of the more valuable players for the Red Raiders — despite touting an NBA lottery pick in Lubbock native Jarrett Culver.

“He’s the best shooter I’ve ever coached,” Beard said of Moretti. “But can he perform against the other team’s scouting report? Can he perform with a consistency each possession? I’m banking on him because I know his day-to-day work ethic.”

“It’s an exciting time for all of us in college basketball as Tuesday nears,” Texas Tech head coach Chris Beard said. “We have a lot of respect for our first opponent Eastern Illinois. They are one of, if not the most, oldest teams in college basketball. Jay (Spoonhour) has set this team up by design. You’ve heard me say ‘get old and stay old’ around here before and Eastern Illinois is poised to have a great season. They have several junior college players that we are familiar with from the recruiting trail and simply stated we have a lot of respect for them. I’m proud of the publicity that our program is getting, but at 7 p.m. on Tuesday when that ball goes up it means nothing. The better team after 40 minutes will win the game. Our guys understand that we will have to play very well on opening night to have a chance to win.”