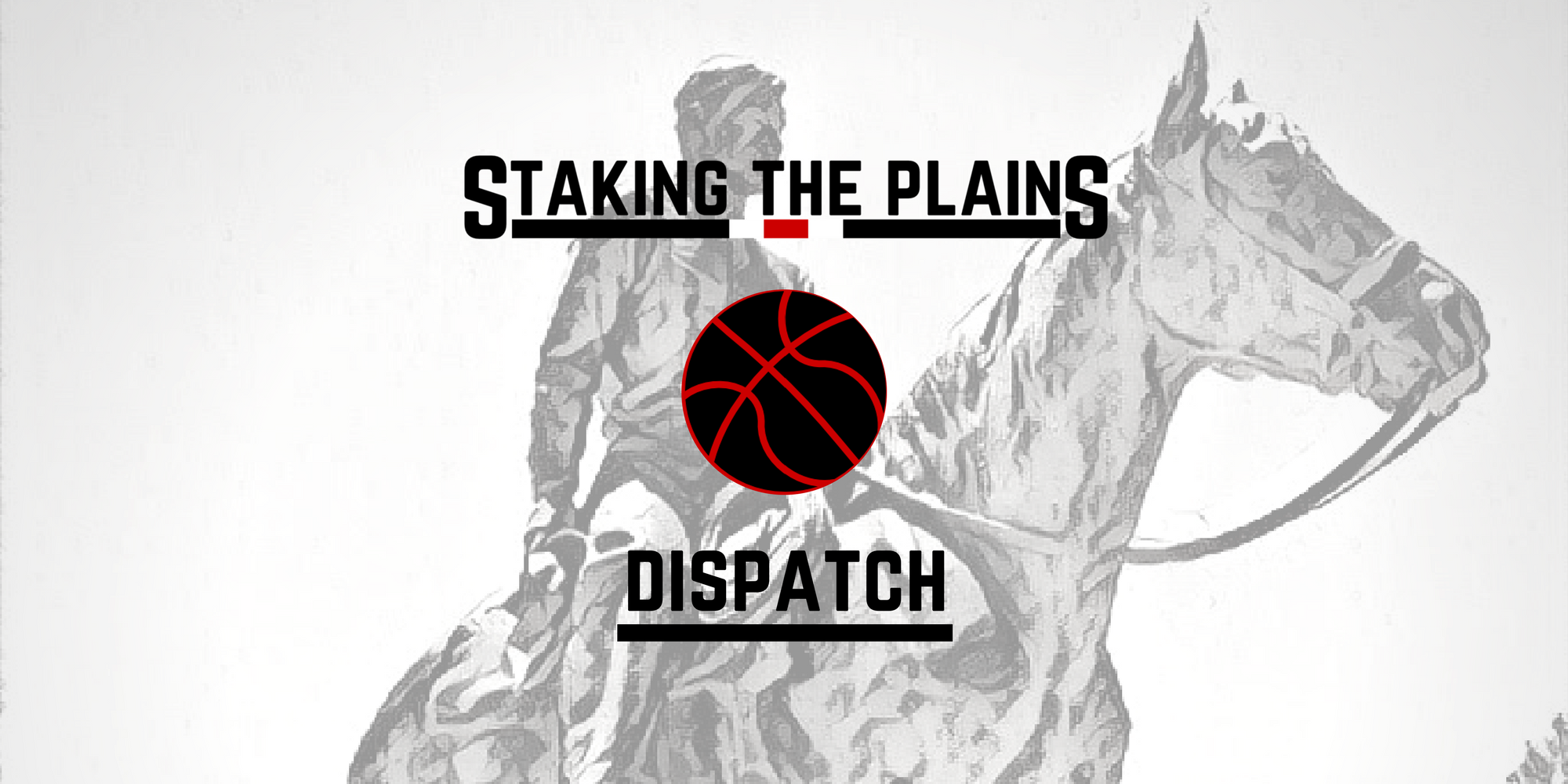 For the third straight year, the Red Raiders Basketball Team earned a committment from a Top 50 player, this time in Micah Peavy.

For the third year in a row, the Texas Tech Basketball team receives a commitment from a Top 50 recruit. This time, it’s the former teammate of Jahmius Ramsey, Forward Micah Peavy from Duncanville, Texas.

Here are the measureables for Peavy and a little breakdown of his recruitment:

I always felt like Peavy was a Texas Tech lean. Obviously I don’t have access to what Peavy is thinking, but he was teammate of Ramsey’s when he was at Duncanville and has visited Texas Tech plenty of times.

Basically every recruiting analyst has predicted Peavy to Texas Tech for around a year now. Corey Evans of Rivals confirmed this by stating “He has been a perceived, long-time lean to the Red Raiders”.

However, the Red Raiders weren’t the only major contender for him. Back in Feburary, he had a Top 5 of Houston, LSU, Michigan, TCU and Texas Tech. When the summer came around, he had a new top four that featured Florida, TCU, Texas  and Texas Tech.

All received visits from the four-star recruit in the past couple months. Texas also got an unofficial visit during the summer as well. But when Peavy announced big news was coming today, everyone had a good idea where he was going to pick.

As far as scouting goes, here what is listed for Peavy under his 247sports profile:

Average size for his skill set, but has good core strength and is a smooth athlete with burst. Expertise is scoring off the dribble inside the arc. Shooting range is limited. Handles ball adequately and is a tough rebounder. Also is a quality and versatile defender. Could become an NBA player with development.

Honestly, you can use that for a lot of commits Texas Tech is getting lately. Not really a lot of range, but crazy athletic, tough and a good work ethic. Fortunately, this works because Chris Beard and his staff has done a great job developing their shooting. The 300 club has really been a key for this program.

He also should have a good work ethic to be able to improve in those areas. Peavy is the son of a coach, his coach at Duncanville High School in fact. Typically those guys know what they need to do in order to improve and compete.

Looking at his highlight tape, you can see why the scouting report says what it does. Although there’s only a couple long range shots, Peavy excels in the mid-range and has a great ability to find his way to the basket, either with the ball or without it. Also, he has great awareness on the fastbreak and is a willing rebounder.

I’ve also heard from people who have watched Duncanville last year at some point that they think Peavy actually may be better than Ramsey. I can’t speak to exactly why because I haven’t seen him play, but that is something I’ve heard. Our friend Travis thinks this too.

Watching the Duncanville championship game… Ramsey is a great get for Beard and crew but Peavey is the star. If they land him the sky is the limit.

Ramsey scored 18.9 ppg off 48% shooting, while Peavy scored 16 ppg off 55% shooting. During the Texas 6A championship game last year, it was Peavy who walked away with the game’s MVP award with 22 points and 13 rebounds. This is not at all a knock on Ramsey, but more of the fact that Peavy may be a better player than some realize.

Here is what the 2020 class looks like now after Peavy’s commitment: