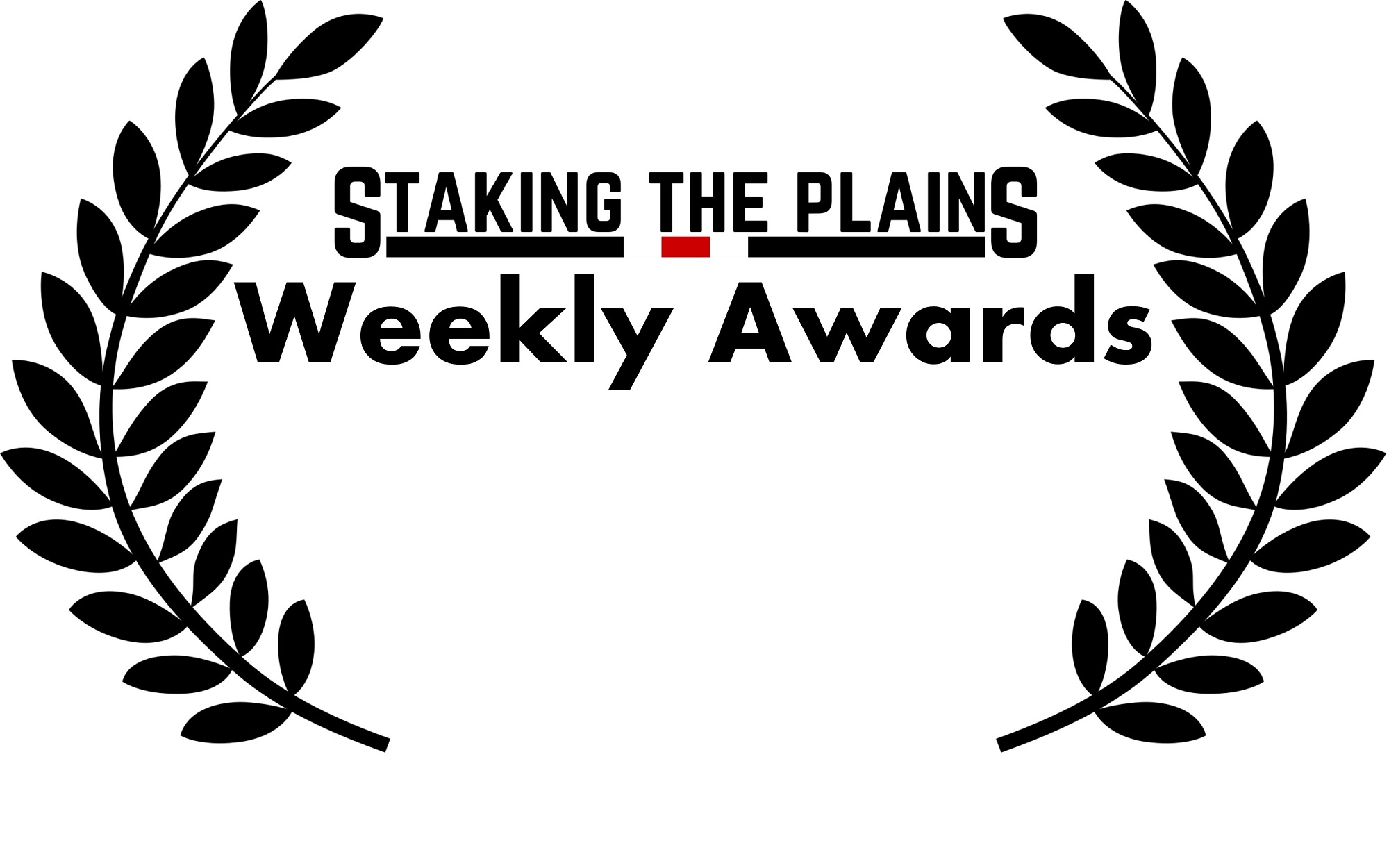 After a 2-2 start on the season and the deep lows of a drubbing in Norman, Matt Wells’ Red Raiders showed up in a big way under the leadership of Jetty Duffey and with an impressive first-half defensive performance. I think if we can all agree on one thing, it’s that the majority of Red Raider Nation was surprised at what transpired in Jones AT&T Stadium Saturday after an 11:00 am kickoff. The crowd, which was stronger than expected considering the start time and the heat, had some fire in it and early on the Red Raider defense gave them plenty to cheer about. If you’ve read this weekly post before you know I’ll recap the game a bit through the awards below, but I have to say that overall that was an impressive turnaround for the Red Raiders on all sides of the ball.

I’m not going to sit here and say this Tech team is suddenly world-beater caliber, but they certainly seemed to put some things together this weekend. It’s clear that the offense has the potential to move the ball effectively with Jett Duffey receiving first-team reps. While the offense struggled the first two drives netting only one yard gained, the defense was impressive throughout the day, particularly in the first half. Ultimately, the first signature win of the Matt Wells era was one that rid the Red Raiders of some old monkeys on the back. This was the first win at home over a ranked opponent since 2013 and the first back-to-back wins over Oklahoma State since the early 2000s.

I think Brooks has shown up in every awards post this season. He put together a helluva game with 19 tackles, 8 of them solo, 3 sacks, 4 tackles for loss, and a quarterback hurry. It felt like Brooks was all over the place all day, he wreaked havoc on the Cowboy offensive line and was responsible for several drive-killing stops. The first half was an extremely impressive performance by the senior linebacker. Brooks was named the Walter Camp Defensive Player of the Week for his effort against Oklahoma State. My favorite little nugget about this particular performance was the comparison to the last Red Raider who tallied more than 19 tackles in a game, it was Lawrence Flugence in 2002 against Iowa State with 21 tackles.

Jett Duffey was the 2015 Mr. Texas Football Player of the Year but despite being pressed into service on multiple occasions, this week the Red Raiders finally saw what he’s able to do in command of the offense. My gut tells me Coach Yost and Coach Wells like the additional dimension Duffey’s legs bring to his game. We can all hope to see him continue to grow and gain further command of the system while executing cleanly. Duffey went 26/44 for 424 yards, 4 touchdowns, and no turnovers. He also rushed 5 times for 16 yards and a touchdown. Being responsible for 5 touchdowns on the day is impressive enough, but Duffey dropped some absolute dimes on his receivers, threaded the needle, and was overall pretty sharp once he settled in.

I know TJ Vasher is not a new guy to this team at all, it’s also not the first time this season he’s gotten this award. Vasher, the 6’6, 210lb Wichita Falls Rider product has always seemed to have exceptional potential and has put his athleticism on display at times. The Red Raiders need him to assert himself and his height as a serious threat downfield this season. I don’t remember a game that he was quite as consistently in the mix and battling downfield as this weekend. Vasher finished the day with 5 catches for 110 yards and 1 touchdown. That’s his first 100+ yard game on the season and his first touchdown since snagging two against UTEP.

The Red Raiders’ defense combined on the day for 91 tackles, 7 sacks, 14 tackles for loss, and 4 quarterback hurries. That’s an impressive day in any situation and especially when facing a potent offensive attack like the Cowboys. It doesn’t sound quite right to say that the defense held Chuba Hubbard in check with 32 carries for 156 yards and 3 scores, but considering he came into the game as the nation’s leading rusher I’d say him not running completely wild is a win for any defense. Additionally, the Red Raiders forced five turnovers on the day. Three interceptions, two of which were snagged by Douglas Coleman, as well as two recovered fumbles continued to keep the Cowboy offense off the field and they struggled to find any rhythm until mounting a late-game comeback bid.

Erik Ezukanma, WR – The Freshman wide receiver from Fort Worth put together a nice day with 3 catches for 92 yards and a touchdown. It’s no secret Ezukanma has an impressive skillset and will bring plenty of future production for this receiving corps. I’m looking forward to seeing more from him and have hopes he’ll have a breakout game this season as well.

Running Backs – SaRodorick Thompson, Ta’Zhawn Henry, and Armand Shyne combined for 144 yards rushing on 25 carries on the day. They weren’t able to punch one in for a score, Duffey was the only one to do so on the ground, but the rushing attack was consistent and rushers were battling for yardage. It was nice to see the good work running backs coach DeAndre Smith has done with this backfield.