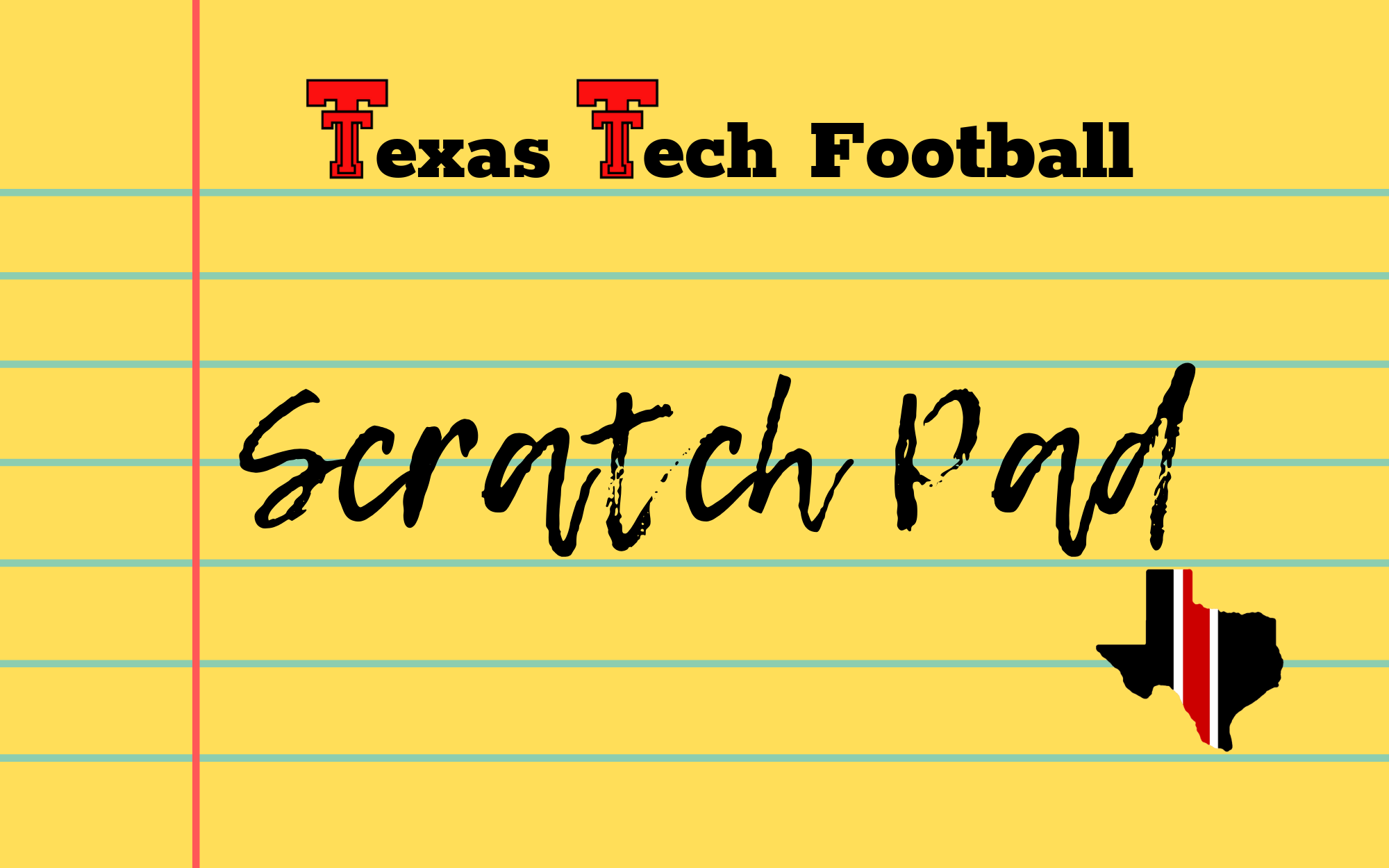 I feel snake-bit and I’m sure that Alan Bowman feels snake-bit as well. Like you just can’t catch a break no matter what you do. Maybe you change your lucky hat and then that simply doesn’t work because the team loses a game. Brian smartly asked on the Slack channel if Bowman has taken a golden tiki head and replaced with a sand bag, a la Indiana Jones and the Temple of Doom, and is perhaps cursed as a result of the treasure taken.

I don’t really have to tell you about the options. One of them you know really well, the other you don’t know as well. Jackson Tyner is a graduate transfer from Rice who was supplanted last year at Rice. Tyner completed 9 of 20 passes for 132 yards and an interception in 2018. As a sophomore in 2017, Tyner seemingly split time with two other quarterbacks (perhaps it was injuries), Tyner led them with 97 attempts, 46 completions for a 47% completion percentage, 598 yards, 6.2 yards per attempt, with 2 touchdowns and 5 interceptions. I should mention that all three Rice quarterbacks had similar touchdown to interception ratios (1:5 and 3:6) so maybe it was more or less the offense and less about the quarterbacks.

Someone went and broke down the film for Tyner (it’s only a 1:28 so it’s not too long and I can’t seem to figure out how to embed it).

The other guy, Jett Duffey, is most likely not going to play. I could be wrong, it’s just a guess. Last year Duffey was 104 for 154 for a completion percentage of 68% and 7.9 yards per attempt with 8 touchdowns and 6 interceptions. With Duffey, we all know about his downfalls, the turnovers, whether they are interceptions or perhaps even fumbles as Duffey is trying to scramble just a few more yards.

The indication has been thus far that the job will go to Tyner, but I honestly don’t know how long he’ll keep that job. Tyner’s history just doesn’t scream that he’s going to be some sort of revelation and lead this team to a bowl game.

I think that the difference between Tyner and Duffey is Tyner is incredibly safe. Will simply dink and dunk and not regularly stretch the field compared to how averse to turnovers the staff is with Duffey. Duffey will wow you at times, both good and bad. I think I’d rather take the chance with Duffey and hope that you can live with the turnovers.

I know that this probably isn’t a popular opinion, but I might also consider making the quarterback a bit of a running threat to add a different dimension.

I write that because we’re about to see how quickly the staff can pivot, which was always a possibility given Bowman’s injury history. To not plan for it would have been not so good and I think that’s why Tyner is on the team. They wanted some additional insurance with McLane Carter transferring. So I definitely think that they made an effort to be prepared and given the market and the likelihood that Bowman was going to be the starter, you weren’t going to do much better than someone like Tyner. I think he was a good-get.

Kansas went on the road this past weekend and beat a decent Boston College team using almost exclusively RPO’s to run the entire offense. I know that this is built into the Texas Tech offense and I’m not at all trying to advocate a similar change (unless it is something that actually works in which case I’m all for it), but the Kansas staff had just lost to Coastal Carolina and decided that shit just wasn’t going to work any more. They went out and scored 48 against Boston College. They were at the very least willing to think outside the box, and with Oklahoma on the horizon, I’m wondering if doing the exact same offense that Bowman was running, you can probably expect the exact same results. 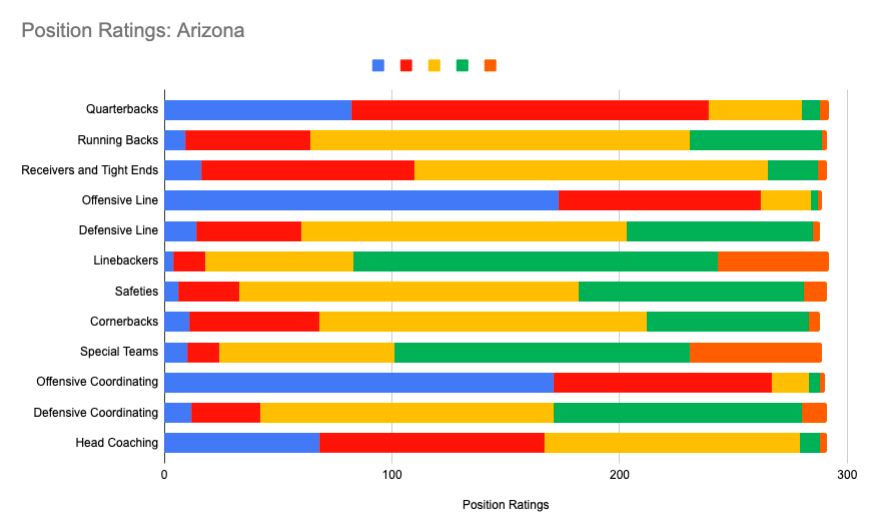 Although I haven’t figured out how to get the labels all correct, blue = 1’s (not good) and the orange = 5’s (very good). The only positions that receive good to very good scores are the linebackers and special teams. Obviously, you all were very disappointed with the results on Saturday night/Sunday morning.