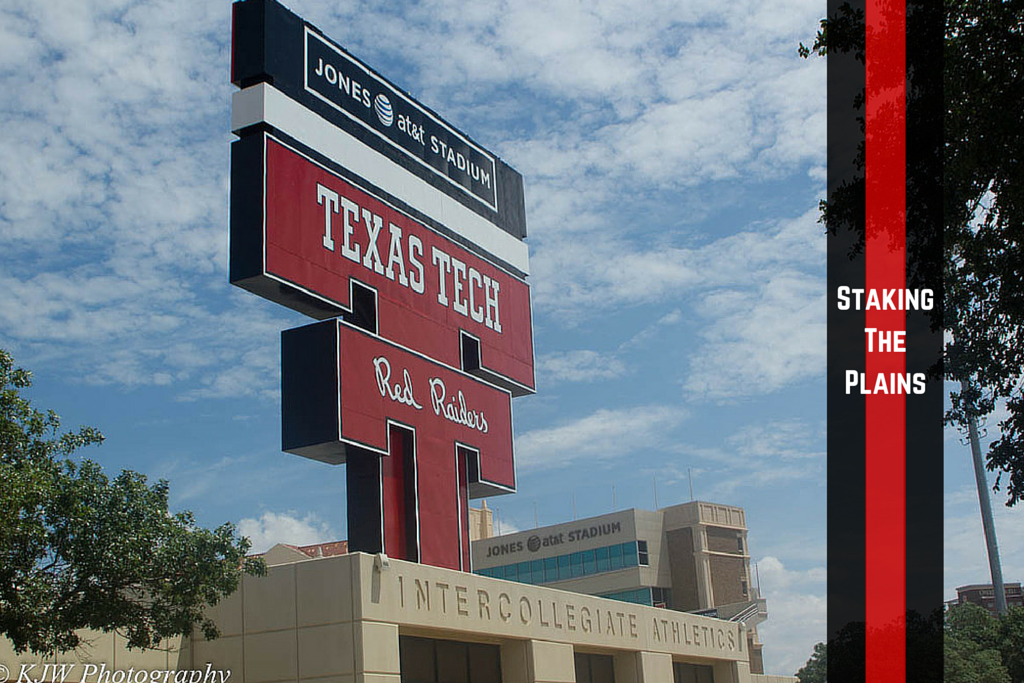 It’s natural for a fan base to be anxious about the hiring of a brand new coach. In Texas Tech’s case, it’s especially natural for fans to be uncertain following three previous head coaches with distinct identities among Red Raider Nation.

Mike Leach was the head coach from 2000 until his firing in 2009. He was by many measures the most successful coach in program history. Part of the fan base has soured on him, but it’s undisputed that his win-loss record has not been matched since his departure.

Tommy Tuberville came next and coached the 2010, 2011, and 2012 seasons before climbing out a bathroom window at a steakhouse to leave for the Cincinnati job. His on-field results were mediocre and the fan base widely despises him.

Next came the native son, former record-setting quarterback Kliff Kingsbury. He brought excitement among the fans but his results on the field left him looking for a new job this Fall. He is well-liked personally among the fan base but most agree it was time to move on.

Enter Matt Wells, who arrives with less fanfare than many of his predecessors, and is a bit of an unknown commodity as he’s never coached Power 5 football before. I can see many scenarios in which fans give him the benefit of the doubt, but I can also see scenarios when some have unrealistic expectations.

So here I will outline a few different metrics we can use to measure success of a first year head football coach at Texas Tech. Hopefully we can use this to be fair in our expectations and assessment of our new head guy.

It has been a decade since Texas Tech finished above .500, or had five or more wins in Big 12 play. No matter how they come, or how down the conference is, it is undeniable that if Wells can get to 5-4 or better in the Big 12 this year, his first season as head coach will be an objective success.

This would also elevate Texas Tech to the status of being in the top half of the conference. That can lend itself to some real momentum on the recruiting trail and buy-in from the fan base (season tickets, merchandise sales, donations, etc.). It would prove Matt Wells has the program moving in the right direction.

This metric is pretty directly correlated to the one above, but some Big 12 home wins would go a long way too. Since 2015, Texas Tech has not beaten a Big 12 team other than Kansas at Jones AT&T Stadium. Three full seasons have gone by where fans have witnessed just two Big 12 home wins, and again, both were against Kansas. That’s pretty pathetic.

Wells won’t have a chance to knock off one of the conference’s “big fish” (Oklahoma and Texas) in Lubbock this year since both of those games are on the road. But even if he just wins two or three out of the four Big 12 home games this year – Oklahoma State, TCU, Iowa State, Kansas State – it will be a marked improvement over what we’ve seen the last few years.

Matt Wells is the 16th head coach in Texas Tech football history. I think comparing his results to that of his predecessors is also a fair starting point. Below is a chart of previous head coaches, their win total (including bowl games) in their first season, and the difference in wins from the year prior. Names in bold represent coaches who won a bowl game in their first year.

So there are a few ways to look at this. If Wells wins a bowl game, he’ll be just the fourth head coach in school history to accomplish that. Granted, bowl games are much easier to get to nowadays than when many of these other guys were coaching.

The average total wins for a first year coach is 5.87, but with only four of the previous 15 coaches failing to reach six wins. The median win total for past first year coaches is seven.

The average improvement from the previous year is 0.36 wins. So historically there has been some slight improvement on average but mostly things stay the same. The worst a first year head coach has done is slip four games below the previous year’s record. That also coincides with the lowest win total of a first year head coach (Jerry Moore in 1981). The best year-to-year improvement in Texas Tech history for a new coach was four games. It would take nine wins for Matt Wells to match that mark, which would also be the record for most total wins in his first season.

Eight first year head coaches failed to improve on the previous years win total, notching either a deficit or the same amount of wins. Only four coaches in Tech history have done better than a one-win improvement from the year before they were hired.

There are also some objective ways to analyze expectations. Las Vegas oddsmakers are obviously in the business of posting accurate preseason expectations, and they have Texas Tech’s season win total over/under at 6.5. ESPN’s Football Power Index predicts 6.7 wins for the Red Raiders this year. Basing expectations on metrics like this should be considered a more objective starting point than whatever fans come up with in their own mind.

So what does all of this mean? Six or seven wins appears to be a solid outcome, especially if it comes by way of beating Big 12 opponents at home. Six wins would have Tech one game better than last year and with an opportunity to win a bowl game, which is rare for first year coaches at Tech historically. It would also align with preseason expectations.

Four or five wins would certainly be a disappointment. It would mean more struggles in Big 12 play, no bowl game, and wouldn’t do anything to excite the fan base. It would also be a fairly significant underperformance relative to preseason expectations.

Eight or nine wins would put Wells in elite company in a historical context. It would mean positioning Tech in the top half of the conference and accomplishing what hasn’t been done here in a long time.