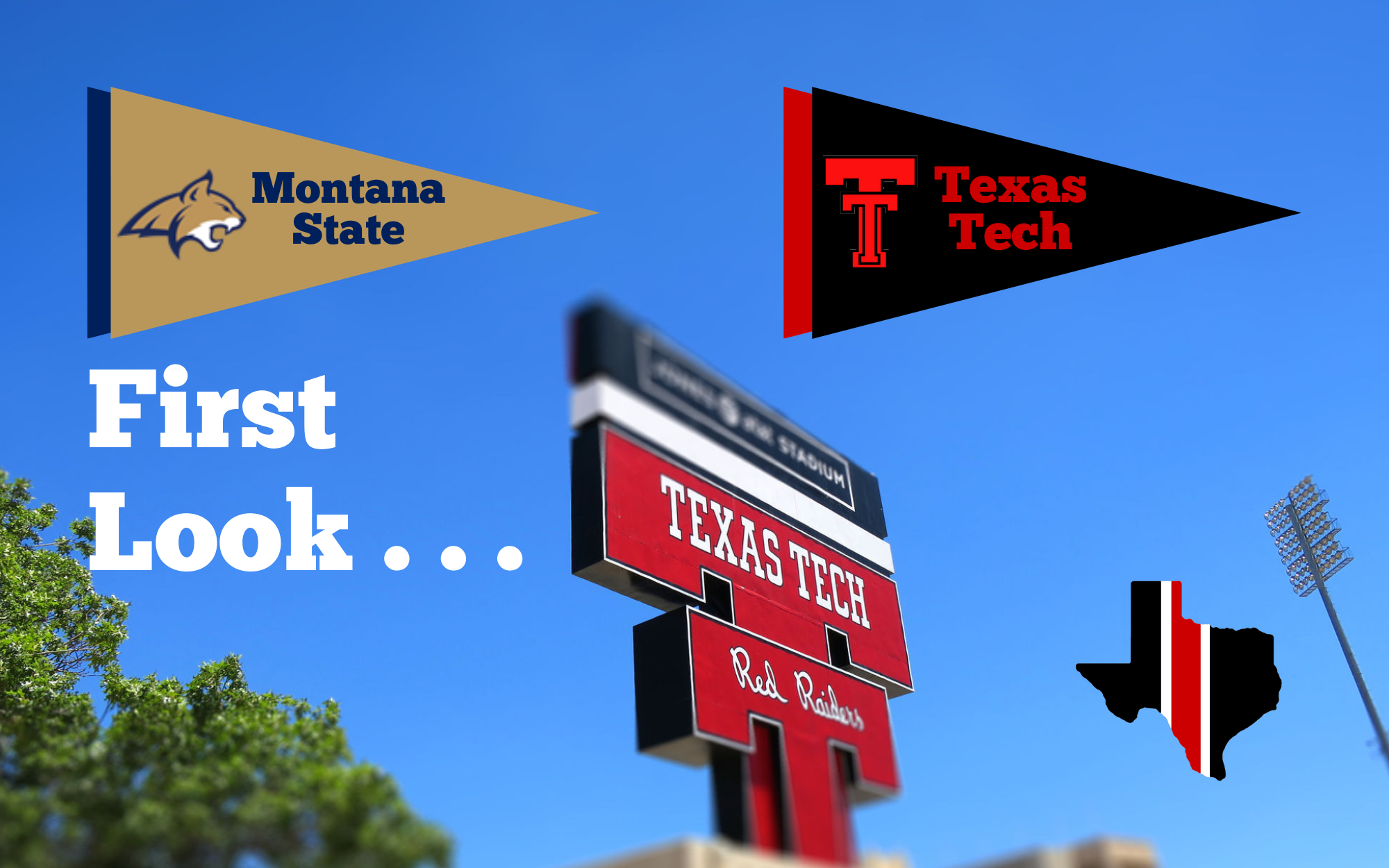 A first look at the Montana State Bobcats.

Texas Tech hosts Montana State on Saturday, August 31st at 3:00 p.m. with no line on OddsShark as of this morning. Let’s take a first look at the Bobcats.

Montana State is led by head coach Jeff Choate, who enters his 4th year as the head coach, has an overall record of 17-18 thus far, replacing Rob Ash, who had a sterling record of 70-38 for Montana State, including a 9, 10, and 11 win season, but then started to dip in 2013 with a 7-5 record, then 8-5, and then his final year of 5-6. This his Choate’s first head collegiate head coaching position, went 4-7 in 2016, then 5-6 in 2017, and then 8-5 last year including making it to the second found of the FCS Playoffs. Choate was most recently at Washington where he coached defensive line and special teams for a couple of years, had a relatively long stint at Boise State, 2006 through 2011, a year at Washington State as linebackers coach, a year at UTEP as the defensive coordinator, then a year at Florida.

In a weird twist of fate, Montana State gave up 370 points and also scored the exact same number last year. That probably doesn’t happen very often. That’s 28.5 points per game on either side. Oh, and they also scored 47 touchdowns and gave up exactly 47 touchdowns while they also averaged 5.8 yards per play and gave up the exact same yards per play. That sort of symmetry is terrific.

Redshirt freshman quarterback Casey Bauman was named as the starting quarterback. Bauman is a big guy, 6’7″ and 235 so he’s not going to go down easy most likely. His bio said that he’s worked construction and bucking hay in the summers. There’s really not much, if any stats for us to figure anything out about Bauman, but you’d guess that he has a big arm. Bauman’s competition was redshirt freshman Tucker Rovig (6-5/205) a relative shrimp in comparison.

The weird thing about Montana State is that they had a really good running back in Troy Anderson, but they moved him to linebacker and then they ended up having 14 linebackers and moved Jaharie Martin from linebacker to running back. Anderson will still run the ball some, but the likely candidate is senior Logan Jones (5-7/180), who is a senior, but he had to essentially redshirt in 2018 because of torn muscles in his stomach, while sophomore Isaiah Ifanse (5-10/195) had the freshman rushing record last year for the Bobcats. It would be correct to state that the Bobcats have options:

“We have a nice bunch of running backs that kind of have different skill sets,” offensive coordinator Matt Miller said. “We just kind of keep those guys rolling through there. Sometimes I don’t even know who’s in the game because they all do their job really well.

“Coach McGhee is doing a nice job of getting those guys detailed up.”

Helena Independent Record’s Dean Hendrickson writes about how there are high expectations that Montana State will finish top five in conference and are No. 14 in the STATS FCS Top 25 poll and the expectation is that the Bobcats will win big:

“It’s noticeably different. It just feels different too, just how we practice and the culture. I think that’s probably the main thing, the culture. We used to have fights at practice quite a bit because (we were) undisciplined, and it wasted a lot of time. We come out now and, like coach said, we’re like pros right now. Guys really take that to heart and we get our work done. I think it’s a culture change, and we’re in a different solar system than we were back then. Hopefully going forward that’s what it stays like.” — WR Kevin Kassis on the progression of the program

“We’re going to do what we have to do to win, and if that means (No.) 15’s carrying the ball, 15’s carrying the ball. And we’ll put Daniel Hardy off the edge and we’ll be fine. I think we’ve got enough depth at the linebacker position. I think it’s Troy’s natural position — I really believe that. But I also think he’s such a unique and special talent that we’ve got to make other teams defend him.” — Head coach Jeff Choate on Troy Andersen’s role

“I love our run fits. I love the way our linebackers are coming down hill and taking some blocks off us. Now it’s on us up front to get off our 1 on 1s and make a play. I always tell those guys, if you’re going to go 1 for 1 you better make the play. There’s an old saying on the D-line: Sacrifice your body, glorify your linebacker. And our guys have bought into that. We’re going to leverage our gaps up front, try to plug those holes and hopefully our linebackers are flying downhill to make plays.” — Assistant coach Byron Hout on the defensive line