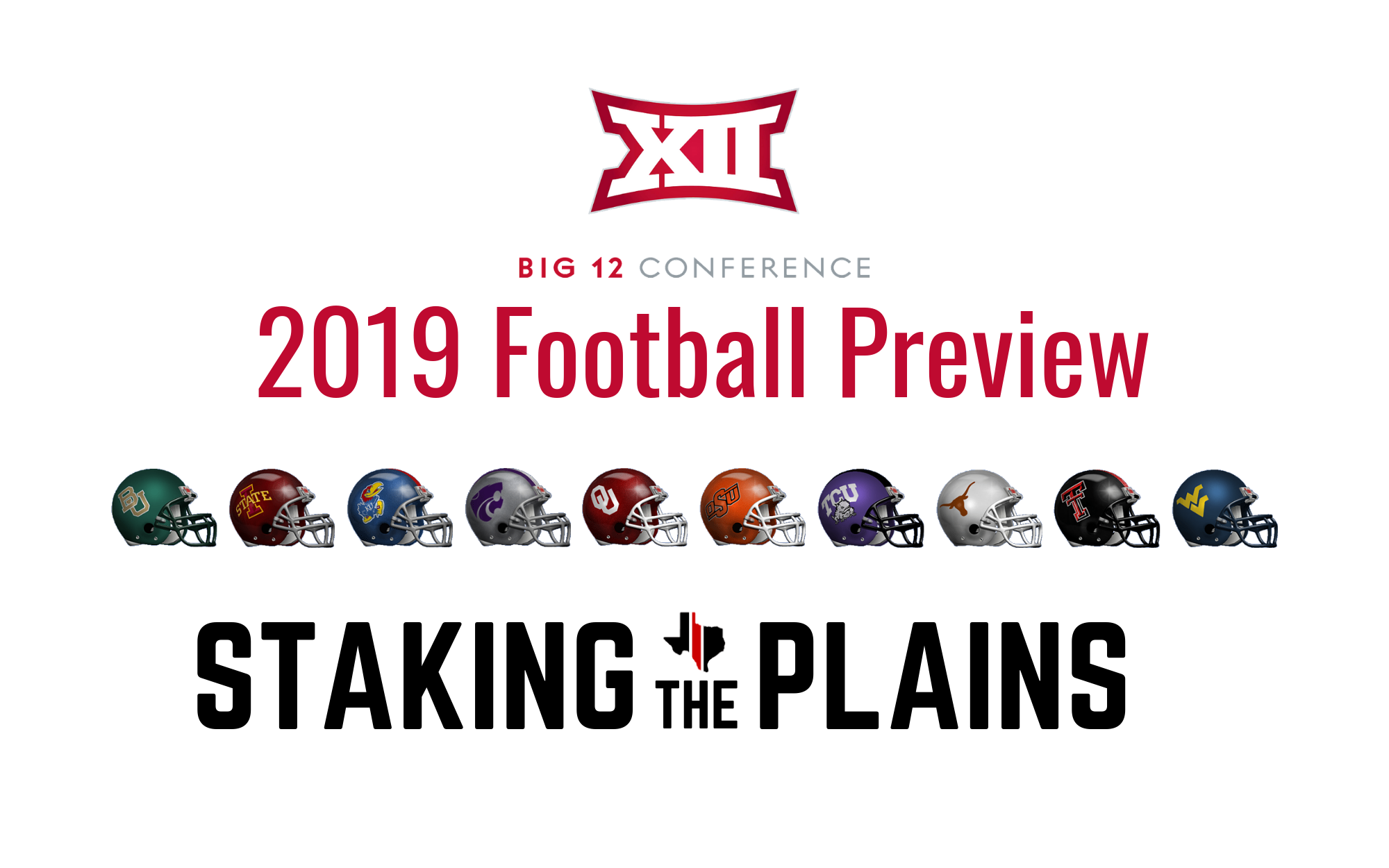 The big guys up front!

Hello, this is your second Big 12 positional preview and we’re digging into the defensive line, which I thought was terrific since we just did the offensive line. Let’s go.

When we did the offensive line stats, we looked at the exact same stats and I described them as follows:

I decided without a ton of thought, that looking at a few statistics would be beneficial for reviewing the offensive lines. I picked “Line Yards,” “Standard Downs Line Yards,” and “Sack Rate”. Definitions are at the link, but simply line yards per carry is, “the line gets credit for rushing yardage between 0-3 yards (instead of 0-4) and 50% credit for yards 4-8 (instead of 5-10). Anything over 8 yards is quantified as a highlight opportunity, and credit goes to the runner. As with the pro definition, lost yardage still counts for 125%. (Garbage time is filtered out for all line yardage averages.)” The Standard Downs Line Yards is essentially the unadjusted line yards, while the Sack Rate is the unadjusted sack rate for non-garbage passing downs.

I thought that since we’re looking at the same stats, which are really important to me, which is stopping to run and then how well does a team sack the quarterback. I’d also add that I realize that more than just the defensive line goes into stopping the run, linebackers are important too, but there are limitations to looking at statistical things, so this is what you get.

Biggest takeaway? How terrible Oklahoma was at stopping the run and how terrible the defense was overall. Just absolute trash and I know that they’ve got Washington State’s old defensive coordinator (who was at Ohio State last year).

The thing that is surprising is that TCU and Iowa State are the cream of the crop. Truly elite I think, especially in terms of stopping the run and getting to the quarterback. And really, there are probably a couple of tiers of teams. ISU and TCU at the top. Then there is this mid-tier where you could lump West Virginia, Texas, and Oklahoma State as being okay and mid-tiered (top 50 is fine and I would love that), and then you kind of get the rest of the group.

Just like the offensive line, we take a look at players who were part of the post-season 2018 All-Big 12 team and I’ve noted if they were 1st or 2nd team or honorable mention.

The teams that loses the most are obviously Oklahoma State, TCU, and Texas in terms of players and talent. If you’re keeping tabs, then the Texas offensive line has lost quite a bit and also on defense. I’d also add that a player like Hager is a “meh” from me, more bang to hype than he deserved. For Oklahoma State and TCU, those are truly impact players and I do think those players will be difficult to replace overall.

Just based on the stats and the returning players, you can really probably expect Iowa State to be really good on the defensive line this year. They return a bunch of talent on what was already a talented team. I also think that if Baylor is going to make a move and be better defensively, this is probably the year, Lynch is well-thought of by just about everyone. And you would also expect Kansas State to improve on their stats from last year, but I also think this is somewhat dependent on what kind of defense they’ll be running (I have no idea right now). I think that you could probably see Kansas step back to that 10th spot and Oklahoma State to take a step back. I won’t bet against TCU, but they are replacing a bunch of talent.

Just like the offensive line, I’d love for you to consider who you think will be the five best defensive line groups this year in the Big 12 and let me know where you think the Texas Tech defensive line will be by completing the question embedded below.