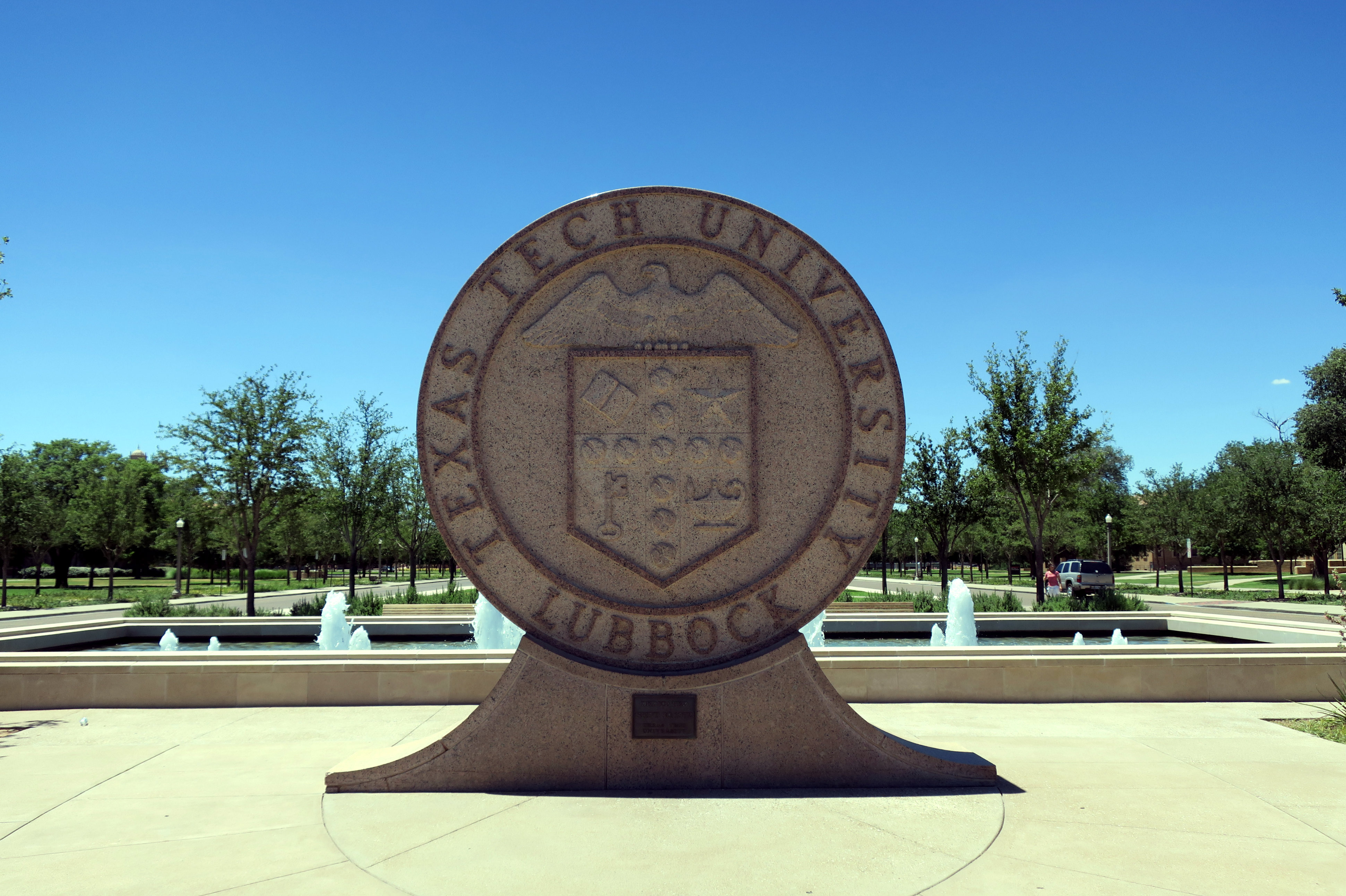 We list the Top Ten Texas Tech Athletes from the past school year and along with some honorable mentions.

During the summer of last year, I started this Top Ten series. With not much going around in Texas Tech athletics due to school being out of session, it was a great time to reflect on all the great things that happened around the athletic program.

We listed the top athletes (Keenan Evans), plays (Zhaire Smith’s 360), games (Basketball vs Florida), Moments (TeamLuke) and programs (Track & Field). If you forgot or just want to remember what happened a year ago, the links to those list are in the table below.

We’re going to do the same thing again this year, with a few minor changes here and there. Much like last year, I will release two posts per week on each topic listed above. The one change is that I switched out moments with performances, to recognize those games where a particular player willed his team to victory (or nearly did so).

We’ll stretch across all sports across campus, from freshmen to seniors, from team sports to individual ones. The criteria is the same as last year; what the athlete accomplished, the popularity of the sport (due to more athletes competing and more pressure), how they performed in big moments and their importance to the team.

Today we will release the honorable mention the No. 10-6. On Thursday, we will release No. 5-1. Pretty simple, right? Just like last year, feel free to debate in the comment section below if you disagree with a positioning of a player. Just don’t tear apart each other limb from limb.

Also, this is strictly Texas Tech Athletics, so just the sports you can see on the Texas Tech website. Congrats Cheer and Meat Judging on your national championships, but you aren’t on the list. If you want to catch up on the lists we’ve done this year, you can click on the link below:

Before we get into the honorable mention, here’s how the lists are compiled. For those who know me, they know that basically a spend a vast majority of my time around sports, both professional and collegiate.

So when the season starts to dwindle down, I start making all the lists you see above. I am actually writing this in the middle of June, the day before the College World Series begins.

Once I make them, I send them to the STP writers to make sure I didn’t forget anyone or do something incredibly stupid. Then I write them up and scatter them across 10 posts.

As far as this individual list goes, I kind of had an idea who my top three were going to be and in what order I wanted to put them in. I also knew who my bottom two were. The issue was my No. 8-4. I switched those five athletes around so many times, that all of them were in each position at some point. Eventually I landed on where they are now thanks to convincing from the staff and couple of Tech enthusiast like myself.

With that being said, let’s get to our Top 10 Athletes from the past school year, starting with the honorable mention:

Why He Was Chosen?: I love the fact that we’ve gotten to the point where a wide receiver had one of the best single seasons ever in Red Raider history and he’s only 10th on this list. But he does definitely deserve to be on this list. He did things this season that very few Red Raiders have done.

As far as Texas Tech records go, Wesley put together stats that few Red Raider greats have done in the past. For starters, he had 1,410 receiving yards on the season, which is good for third all time behind Michael Crabtree and Keke Coutee. And that’s with all the quarterback switches throughout the season.

However, his biggest moment came against Houston, where he had perhaps the best game ever for the Texas Tech wide out. Wesley caught 13 passes for three touchdowns and Texas Tech single game record 261 yards, which broke Joel Filani’s record in 2005.

At the end of the season, after a record breaking year and a coaching change, Wesley decided to declare for the NFL draft. The low three star recruit, who was one of the lowest rated player in the 2016 class, was picked up by the Baltimore Ravens and has a shot of making the opening day roster. Hopefully this won’t be the last we’ll see of him.

Why She Was Chosen?: With Jessica Hartwell recovering from injury during the season, the softball team needed someone to step up on the offensive end. Enter Hamilton. She improved from her second team All-Big 12 season in 2018 and become an offensive threat for Texas Tech.

This season, she improved statically in almost every offensive category. This includes an 80 point jump in AVG, 90 point jump in OBP, and 80 point jump in slugging percentage. While she didn’t improve her RBIs, she did almost double her runs scored and increased her runs produced from 73 to 91.

Hamilton was the lone Red Raider to be named to first All-Big 12 team this past season. She was named the Big 12 player of the week on three separate occasions, and broke the school record for most triples in a season with eight, along with the career record with 13.

In addition to that, she also was named an All-American by the National Fastpitch Coaches Association (third team) and Softball America (second team). She was the fourth All-American in program history, joining Sandy Butler, Amanda Renfro and current teammate Jessica Hartwell.

Luckily for us, Hamilton is just a junior, and she will be one of many talented players returning to the team next season. With the softball team getting so close to their first super regional this season, and with Hamilton leading the way, it could very well happen next year.

#TexasTech OF Karli Hamilton makes the 2nd team while Coach Gregory and Coach Marder get an honorable mention from Softball America. https://t.co/EwtSqBF9z1

Why He Was Chosen?: This is the lone player on this list that didn’t make a first team. So why is he so high on this list compared to other players? Did you watch the March Madness? Then you know exactly why Mooney deserves to be No. 8 on this list.

During the regular season, Mooney averaged 10.9 points, 3.3 assists and 1.7 steals per game. Those stats, along with his shut down on-the-ball defense, got him selected to the All-Big 12 second team, All-Big 12 defensive team, and All-Big 12 newcomer team. Oh, and it also helped his team win a Big 12 championship.

That being said, if it were just because of his regular season stats, he may not even be on this list. But what Mooney did during the postseason was stuff of legend. For starters, against better competition, Mooney averaged 13.2 points, 3.3 assists and 2.5 steals per game. He performed better as the tournament went on.

Mooney’s most memorable performance was against Michigan State, where he was 8-16 from the field and 4-8 from beyond the arc for 22 points, three rebounds and just one turnover in the Final Four. That performance, along with his solid performance against Virginia, was why he was named to the Final Four All-Tournament Team.

Mooney finished his career with 1.906 points, 236 steals and 354 assists. He worked his whole career to get to the NCAA tournament, and made the most of opportunity once he made it. Now, after signing a rookie free agent deal, he’s on his way to play in the Atlanta Hawks system, where he’ll try to make the most of his chance once again.

Why She Was Chosen?: It’s hard to not include an athlete who can be called a National Championship on this list. It’s even harder to do so when you take home two national championships in the same season. Willis did exactly that in 2019, as she took home the title in the high jump for both the indoor and outdoor championship.

And she did so in dramatic fashion as well. In the high jump outdoor national championship, she tied Nicole Greene of North Carolina with a jump of 1.87 meters. This forced a jump off between the two for the chance to be crowned national champions. Willis was able to complete a jump of 1.88 meters, while Greene failed to do so, giving her the title.

That gave Willis her second title in just a span of three months. Back in March, she won the Indoor Track and Field Championship with a jump of 1.87 meters, which was better than Quamecha Morrison of Bethune Cookman, who jumped 1.84 meters. It took every last jump though, as it took her third and final attempt to clear the mark.

Willis won many other titles during her time at Texas Tech. Just this past season alone, she finished first in sixth other events, and finished in the top three on three other occasions. This includes the Big 12 title in both the indoor and outdoor Big 12 championships.

She was named a USTFCCCA first team All-American for the second straight year in both the outdoor and indoor high jump. This was also her third consecutive year on the list, as she was second team for both events in 2017 as well. She also holds the school record for highest jump at 1.87 meters outdoors and 1.89 meters indoors.

Willis has had a great career as a Red Raider, and it was great to see her leave Lubbock as a national champion. She worked on her craft throughout her college careers to become the greatest women’s high jump athlete we’ve ever seen.

Why He Was Chosen?: Kicinski’s name may not ring many bells for the casual Texas Tech fan, but he was vitally important to the Red Raiders’ National Championship. Kincinski gave Texas Tech 10 of their 62 points to first finish at the Outdoor Track and Field Championships.

During the meet in Austin, Kicinski threw 62.53 meters, which was just 5 centimeters ahead of North Dakota State’s Payton Otterdahl to win the Division I title in Discus. And he did in dramatic fashion too, as he needed his fourth and last throw (his fifth throw was a foul) to move up from third to first.

But this wasn’t the only time Kicinski was named the best discus thrower. Prior to Texas Tech, he was a discus thrower at West Texas A&M, and took come the Division II title in 2016. The only other person that has achieved that goal is Cliff Felkins, who ironically is his throws coach at Texas Tech.

Kicinski isn’t on here for just because his final performance. The graduate student was named the Big 12 champion in Discus, his second consecutive one, and finished fifth in shot put.

He also broke a Texas Tech record for the longest discus throw of 63.45 meters, which he did so at the Corky/Crofoot Shootout near the beginning of the season. That throw actually was first place in the nation before it was broken the weekend of conference championships.

Although Texas Tech won the meet by 12 points, Kicinski’s win clinched the national championship with just a couple more events to go. He put it out of reach and contributed the second most points to the National Championship. He may not be the most known on this list, but he’s definitely deserving.

Another successful title defense, this one coming from Duke Kicinski and his discus mark of 194’-2” (59.19m)!