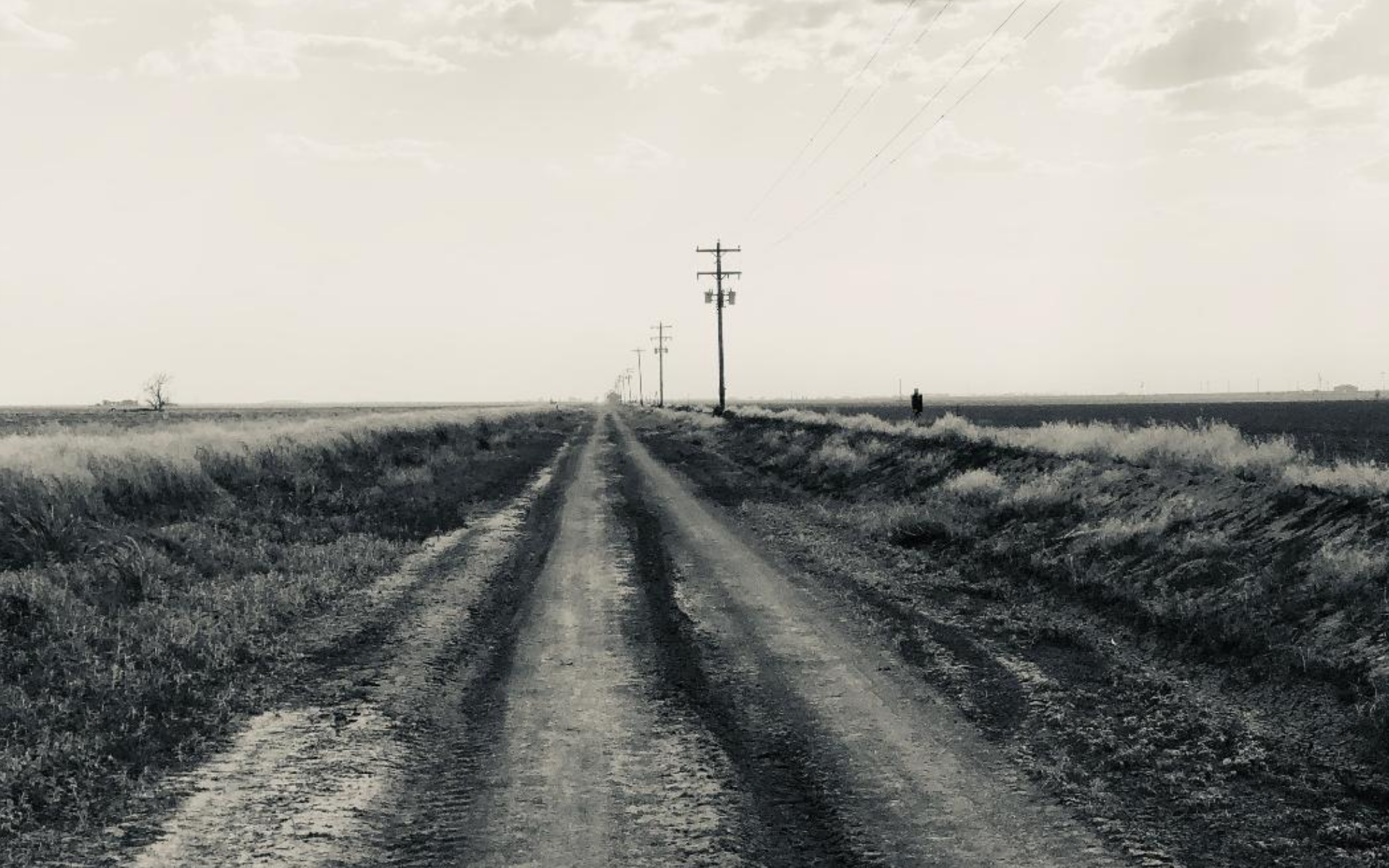 If it looks like we were scared to death
Like a couple of kids just trying to save each other
You should’ve seen it in color. -Jamey Johnson

Through a dirty windshield we watched the red sun dance while it dipped below a lazy cumulus cloud and shimmied its way behind the approaching West Texas cap rock, sending brilliant shards of pink and blue across the darkening sky. As the miles passed and we inched along the black asphalt my mind took me back twenty, thirty, even forty years. It was as if the ever flattening landscape set into motion a creative gear in my brain that had long sat listless. Then it was dark, we were almost there, and I was worried that I wouldn’t be able to capture the beauty in what so many not in love with the South Plains consider banal.

We made the trip to watch the daughter of some of our dearest friends get married. The weekend and wedding capped off an emotional month of graduations and goodbyes and laughter and tears and promises to ourselves that we’d slow down before rushing off again to the next event on our calendar. It was only fitting that we’d find ourselves on a farm south of Lubbock on a Saturday night in June to celebrate with old friends and young kids that had all grown up too damn fast.

The wedding venue was perfect—rustic but with well-placed touches of white silk ribbon and flowers bouquets of lavender and yellow and light blue that softened the weathered barn wood and iron. The ceremony was held in the evening, when the sun gets friendlier but dark gray clouds start to threaten mischief, especially in early June on the Llano Estacado, especially when a wedding is outdoors, especially when 600 guests are seated, waiting, looking anxiously up at the sky.

I could see the concern in my boys’ eyes when the wind picked up and the huge elm trees that enclosed the property started to sway. That whooshing sound the hearty leaves make when the wind whips through seems entirely unique to West Texas. I thought of Don Williams and of Hank and Tennessee. And though a few raindrops fell, the larger threat of a downpour subsided and all that remained were the spirits of long dead cotton farmers and plainsmen and lovers and kin whispering their secrets and good wishes to us from the giant elms.

The ceremony was beautiful. The bride looked stunning in flowing white, her dress contrasting perfectly with her silky black hair. And the groom, waiting for her sheepishly, watched as she floated down the aisle on her father’s arm. Then her dad gave her away and I thought about John Steinbeck when he wrote in East of Eden that “No one who is young is ever going to be old,” and what a lie that is.

When I was twenty-five I had it all figured out, but now at forty-five I know there is so much I’ll never understand. I suppose at sixty-five I’ll be able to reconcile myself to it all; to what Steinbeck meant when he wrote “And now that you don’t have to be perfect, you can be good.” Steinbeck’s East of Eden was ” the story of good and evil, of strength and weakness, of love and hate, of beauty and ugliness, and how these doubles are inseparable.” I think of Eden’s story line, the most fundamental and common of all story lines, often. And I thought a lot about the Salinas Valley (where East of Eden was set) and its parallels to the South Plains that weekend in Lubbock.

I searched the crowd for familiar faces and saw many. A bit older, a bit grayer, but familiar to me nonetheless. And each with his own story to tell. Tony cupped his cigarette in his hand and let it dangle down by his side. “Do you ever crave sweets and desserts and shit?” he asked me after the ceremony was over. “Not really,” I said. “I can’t get enough of them,” he said. “How much is that pie? Twenty-five bucks? Great, give me two, I don’t give a shit,” he said, laughing. I grew up with Tony’s son and hadn’t seen him in over five years. Yet we talked about his newfound craving for expensive pastries immediately after saying hello. It was as if I’d never left. It was as if I was still at home. It was as if we were all there, with all of our strength and weaknesses laid out on full display–familiar and not–and forged together to wish only the best future for the newlyweds.

In Ta-Nehisi Coates’s Between the World and Me, Coates refers to Howard University, the historically black college in Washington DC as his “Mecca.” Howard is where he found himself as a writer, where he spent his days in the library, devouring books. It is where he fell in love. Howard is his beacon, his Mecca. In page after page, Coates’s vibrant descriptions of the “yard,” and the cosmopolitan array of influential people he met while there sucked me in. I thought about Coates while watching the wedding court storm the dance floor to begin the customary wedding reception traditions. The first dance, the first toast, the cutting of the cake and on and on and I kept looking around at all those young kids and thinking about Mecca. San Antonio is our home now, but Lubbock and the cotton fields and red dirt roads that circle it will always be Mecca.

As the night wore on the broad-shouldered boys and pretty girls in their summer dresses danced and laughed and ate and drank and posed for picture after picture after picture. I watched them and thought about all the celebrations we’d been so fortunate to be a part of over the last few weeks. I thought about the green and blue graduation gowns worn so proudly by Claire’s dearest friends and about the bright orange gown she’d worn at her own graduation just a week before. I thought about the valedictory speeches and the tassels and the bag pipes and how all of that pomp and pageantry affirmed my belief in a brighter future because of those kids; because of the broad shoulders of those kids.

Before it got too late we said our good-byes. We navigated carefully through the throng of arms and legs on the dance floor, jumping and screaming and recording every moment on their phones. We walked out into the dark night and could hear the pulsating music and the kids singing along. It was the sound of the future being created behind us. Before we passed under the giant elms I looked back at the barn and hoped that I’d be able to capture the colors from the night.