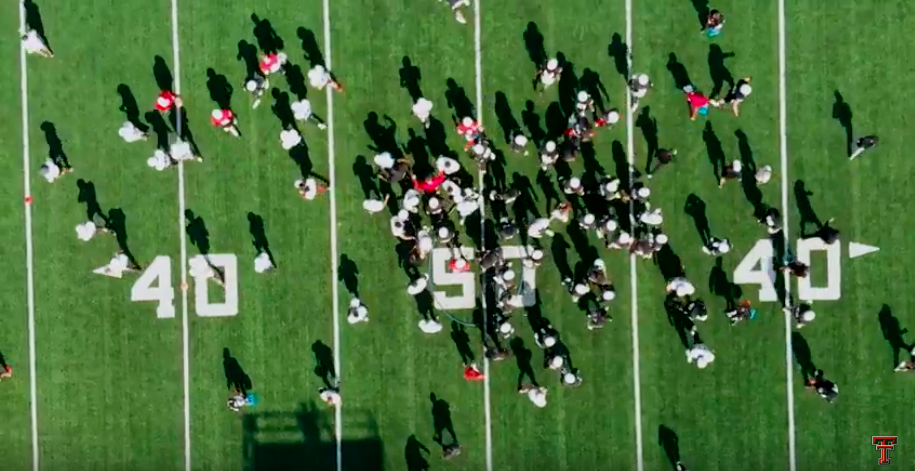 Matt Wells and company finally started picking up some momentum on the recruiting trail last weekend as they secured commitments from seven new prospects. The 2020 class is now up to 10 players, so it is probably just shy of halfway full. Regardless, I started wondering how this class might stack up against Kliff Kingsbury’s past few classes and what sorts of metrics we could rely on to determine if Matt Wells has a better class in 2020 than Kingsbury had in his last few years.

There are many metrics you can use: Rivals ratings, 247 ratings, offer lists, etc. All have their pros and cons, which I will cover a bit. The ultimate goal of this article is to equip all of you with quantitative ways of looking at this incoming recruiting class and seeing how they stack up against years past. Let’s start with a quick primer on the two main recruiting databases, Rivals and 247.

Rivals.com uses a five-star system to rank players (five stars being the best) with a corresponding number system assigned to each recruit on a scale from 5.2 to 6.1. According to Rivals, 5.2 through 5.4 is a “low-end FBS prospect.” The next tranche is 5.5 through 5.7, which is typically the kind of player Texas Tech fills its class with. Next is 5.8 to 6.0, which are four star prospects and elite level players. Historically, Tech gets one or two of these per class and that’s about it. A 6.1 player is a five-star prospect, which Texas Tech has never gotten. You can read Rivals’ full ratings explanation here.

247 Sports uses a similar five-star system but has a different number system to measure prospects. They use what I think is a complicated four decimal system to rate players on a scale of 0 to 1.000. I wish they would just use 0 to 1,000 which would make their ratings a lot easier to read, but I digress. You can read 247’s full ratings explanation here.

I looked back to each recruiting class from 2016 through the current one. That’s three years of Kingsbury classes (2016, 2017, and 2018), as well as 2019 which is largely Kingsbury recruits that Wells held onto plus a few additions from Wells. We will look at multiple metrics to see where the current 2020 class should be aiming if it wants to be considered an improvement from years past.

Both Rivals and 247 rank the top players in the state of Texas. This is a good metric for identifying how well Texas Tech is luring top talent in the state. The limits on this metric are that it only applies to in-state high school recruits, so it doesn’t capture the entire class. Below are the shares of the Texas high school class committed each year that were Top 150 players according to each database. They rank players differently, so obviously there are discrepancies. I’ve also included the number of Top 150 players out of total Texas high school players in parentheses.

Another way to measure how strong or weak a class is, is to look at the ceiling and floor of the class. A vast majority of Texas Tech commits are three-star guys according to both services. But the Red Raiders also usually sign at least one four-star in each class, and often fill out a class with lower end talent. Below are the percentages of each class that are either a four-star recruit or better, or a two-star recruit or lower according to both recruiting databases.

This metric can be good for looking at expected talent level, but it fails in that it is never perfect. There are five-star guys who are busts and zero-star guys who wind up NFL starters. While there are exceptions, these are fairly strong predictors of talent.

My two cents: 247 seems to congregate a lot more players at the three-star level instead of spreading them out to four or two stars. That’s why you see major two-star or lower discrepancies with the 2017-2019 classes.

Looking only at the high and low end talent doesn’t paint the full picture, so I also looked at a few metrics that would look at medians and averages for the entire class. Since both recruiting services use a five-star system, let’s start with average stars per recruit.

Similar to what was illustrated in the Texas Top 150 analysis, 247 seems to think more highly of Texas Tech’s classes than Rivals does for whatever reason. But since we’ve already established the vast majority of Power 5 players are three-stars, showing that each class averages around three stars per recruit doesn’t tell us much. We can dive deeper by looking at each recruiting database’s “other” way of measuring recruits – the 5.2 to 6.1 scale for Rivals, and the 0 to 1.000 scale for 247.

I’ll use median for Rivals (averages don’t really tell much on such a narrow scale) and I’ll use median and average for 247 sports. The median is the rating of the middle recruit in each class. So if there are 21 commits, the 11th-ranked commit in the class represents the median, as there are 10 commits on both sides of him.

Worth noting: it doesn’t seem like a big difference, but this median shifting to 5.7 or having more 5.6 recruits in the middle of a class would be a big step forward. Two of these 5.6 medians were just one spot away from being 5.5, which is kind of lower-end Power 5 talent. If the median is ever 5.7, that means the middle of the class is pretty solid Power 5 talent.

The final metric I like to look at is the number of Power 5 offers a recruit has. If you’re not a believer in the recruiting services’ ranking systems, perhaps you’ll be more trustworthy of actual college scouts and coaches and their belief (or lack thereof) in a prospect.

This metric also helps illustrate if Texas Tech is winning recruiting battles against competitive schools or if they’re simply beating out Texas State and UTSA. This metric falls short because sometimes a kid commits early on to his first offer, and if he’s very solid then other schools may not bother offering. A good example of this in the 2020 class is Donovan Smith. Tech is his only Power 5 offer, and his dad is the running backs coach at Texas Tech. Do you think TCU or Oklahoma State will bother offering? I don’t.

Still, winning Power 5 recruiting battles is a good sign overall, so below is the average number of Power 5 offers per commit in each class.

Worth noting there are slight discrepancies in offers reported by each recruiting database. The 2017 P5 offer average is highly skewed by Jack Anderson and Will Farrar, who combined for nearly 55 offers. The rest of the class averaged about two P5 offers apiece.

This metric appears to be where Texas Tech’s 2020 class is off to a great start. They have commits from guys with 14, 13, 7, 5, and 5 offers from other Power 5 schools and they could potentially add more before signing day. In this age of mass decommitments, Tech could also lose a few of these guys but let’s hope that doesn’t happen.

As the 2020 class fills up, I will circle back to this data to see if Wells is putting together a better class. Hopefully you now have values to assign to the next few guys who commit and what their various metrics mean from a historical perspective.