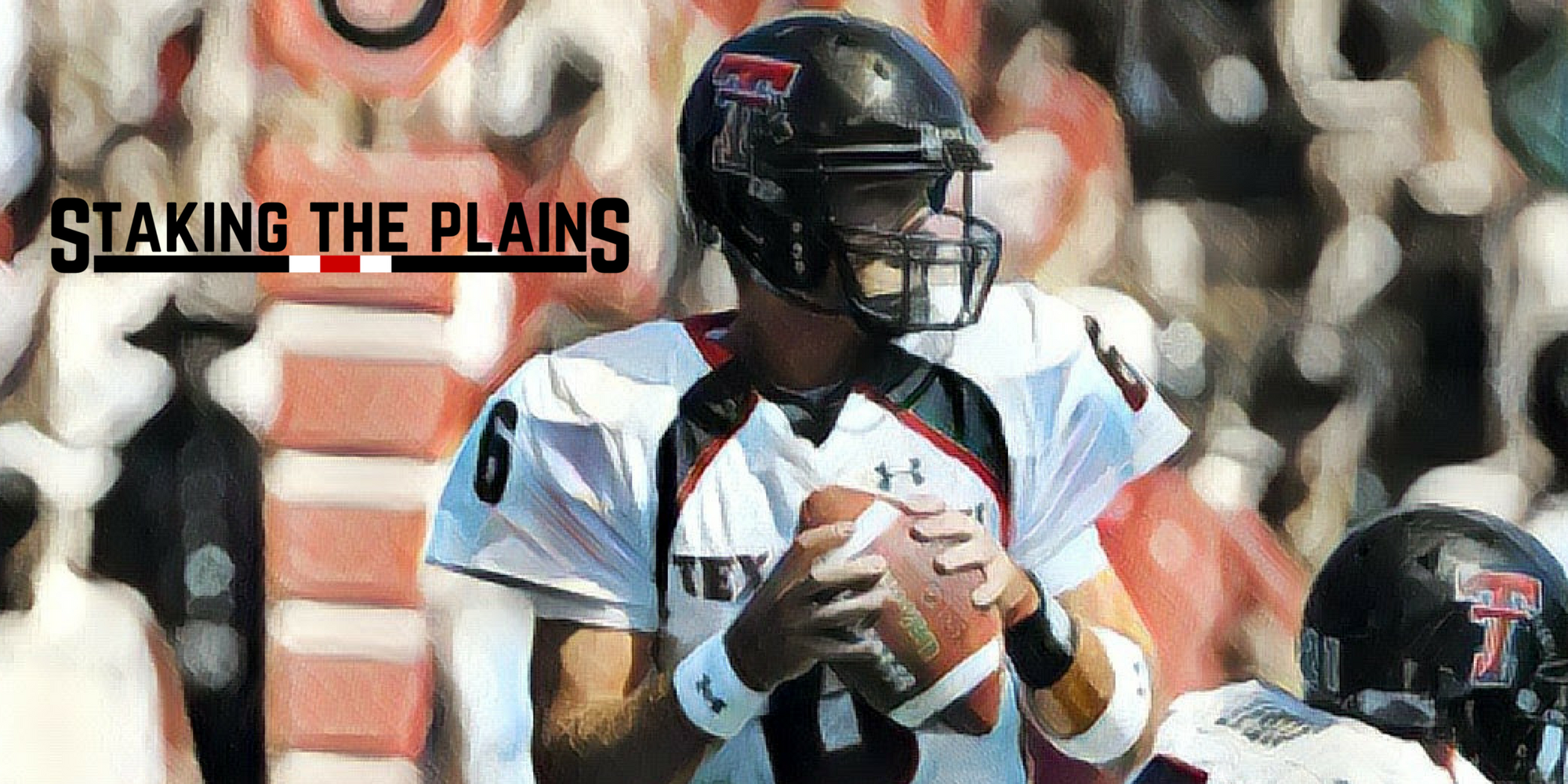 I have tended to think that a lot of the success of a team is predicated on the number of really, really good players on that team. Perfect examples are the men’s basketball, baseball, and track and field teams. Those teams were Big 12 Champions and they also had the player/athlete of the year for each respective sport in Jarrett Culver, Josh Jung, and Divine Oduduru. And you could have honestly maybe included Cameron Warren, as being just a tick below Jung in terms of production for this team, having the leg-up on offense, but Jung probably better for the overall game.

Anyway, so I think that teams are defined by the players who are truly elite. And the more elite players you have, or maybe a tier below elite, the better the team is. I think that Kliff Kingsbury said that it’s not about X’s and O’s, but Jimmy’s and Joe’s and I couldn’t disagree with that sentiment any more, otherwise there’s no reason to pay Chris Beard or Tim Tadlock or Wes Kittley. Kingsbury’s statement may be true in the professional ranks where acquisition of talent is based off how much money you can pay someone and a draft, whereas you have to have a coach that drives the players and recruits and convinces players to arrive on campus.

With that being said, I do think that elite players are the ultimate driver in the success of a program, and you can recruit elite players or you can develop them (see Zhaire Smith and Jarrett Culver and Josh Jung, all talented coming out of high school, but not elite). Don’t get me wrong. Patrick Mahomes was/is an elite player, but there simply wasn’t enough around him. It’s elite players, quality coaching, and the framework of a team with quality players that ultimately makes it all work. Texas Tech football coach Matt Wells has made it clear that player development is the driving factor for how he envisions success at Texas Tech and I’d agree with that. If there’s not a plan in place for player development then this thing isn’t going anywhere.

My thought was to group some of these players in three categories: 1) Elite (i.e. Player of the Year possibly); 2) All-Conference; and 3) Honorable Mention. I should be clear that we’re projecting and this is based off of potential and some past history, but we’re looking to the end of 2019 for this exercise. We’re only going to do the Elite players now and we’ll get to the other two categories in a separate post.

For me there’s only three players that meet this standard: 1) Alan Bowman; 2) Jack Anderson; and 3) Jordyn Brooks. For the record, I don’t think that any one of these players will receive the Big 12 player of the year, but there’s certainly the potential there. For example, I didn’t think that Jarrett Culver would receive the Big 12 POY, but his improvement and the team success led to that outcome. So I think of the players on the team, these players have the best ability to be considered elite by the end of the season.

1. QB Alan Bowman | 6-3/210 | Freshman: In just 8 games, Bowman completed nearly 70% of his passes for 8.1 yards per attempt, a touchdown to interception ration of 2.43, a quarterback rating of 150, and all of this while coming in as a true freshman and playing with a partially collapsed lung for part of the time. Not only that, but Bowman was elite in sack rate, only giving up a sack 2.4% of the time and if there was a quarterback tailor made for David Yost’s offense it is Bowman. In rolling through some recent statistics, the only other player to have over 8 yards per an attempt with a quarterback rating of more than 150 was Patrick Mahomes. I am not saying that Bowman = Mahomes. I am saying that both players had similar statistical success as true freshmen and I think those similarities are significant. As a frame of reference, Graham Harrell did not have over 8 yards per attempt and a quarterback rating of over 150 until he ws a junior (Harrell threw 37 passes as a freshman so this really doesn’t count). As a sophomore he had 7.4 yards per attempt and a 146 QB rating, while as a junior he had 8 yards per attempt and a 157 QB rating.

2. RG Jack Anderson | 6-5/320 | Junior: I do not ever recall an offensive lineman ever winning Big 12 player of the year. So for me to set this standard of players who could win it and then name a player that will most likely never win it is more or less a result of the system and not the player. Anderson has started since day 1 as a freshman and he’s never looked back. Anderson was a freshman All-American, was second team All-Big 12 as a true sophomore, something that typically doesn’t happen until an offensive lineman has had a redshirt year or as a junior or senior. It simply takes time for these guys to develop and Anderson has never waited to be great, he’s just done it since he’s stepped on the field. So, to deny Anderson as a player that is elite because of the position he plays isn’t fair to him. He’s elite.

3. LB Jordyn Brooks | 6-1/240 | Senior: This is the biggest stretch for me personally, I think that Brooks is most definitely an all-conference performer, but I don’t think he’s close to winning Big 12 player of the year unless he absolutely crushes it in Keith Patterson’s new defensive system. Last year Brooks had 84 tackles, 7.5 tackles for a loss, 3 sacks and 12.5 run stuffs with no forced fumbles and 1 interception. Those numbers are very good, but for a junior linebacker, but they’re not all-conference and they’re probably honorable mention. In fact, you could maybe make an argument that Riko Jeffers should maybe be here depending on what position he plays and how Jeffers is utilized. But I didn’t do that, Brooks is here and the one big distinction between the David Gibbs defense and Keith Patterson defense isn’t the sacks, but it is interceptions and tackles for loss or negative plays. Brooks isn’t getting a ton of picks, but if he starts making significantly more plays behind the line of scrimmage, then Brooks gets elevated, but it will take significant improvement on his part. Utah State has a linebacker, David Woodward, who had 134 tackles, 12.5 tackles for a loss, 16.5 run stuffs, 2 interceptions, 3 pass break-ups, and 2 forced fumbles. If Brooks can equal that type of production then he’s in the conversation, but that’s on him. The defense is obviously set up for the linebackers to have a significant impact on the game (all three linebackers had significant impact on the defense).

The question I have for you all is if I’ve identified the top three players on the team and if you disagree or think that some other player should have been included or one of these players should have been excluded.