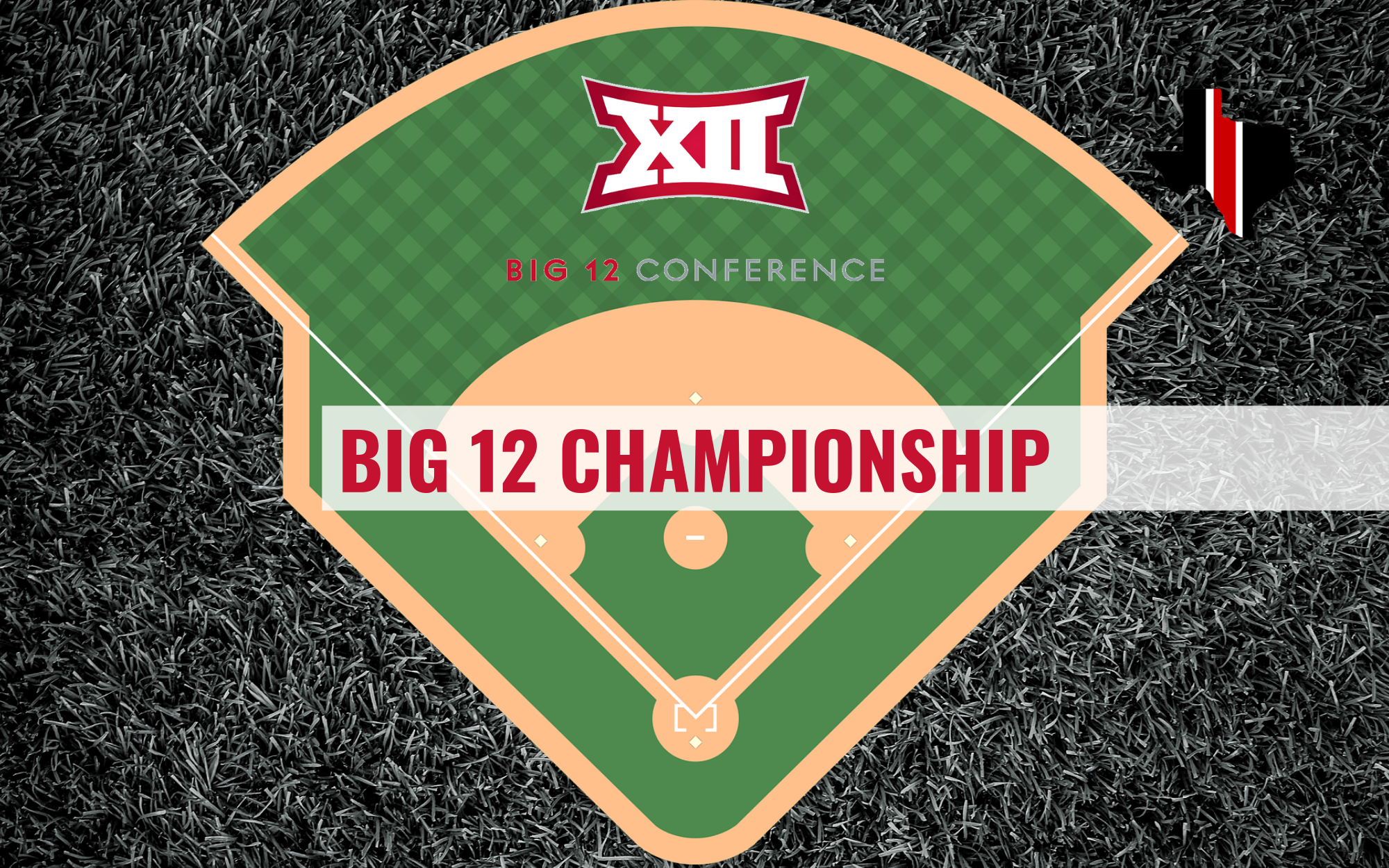 When to Watch: Saturday, May 25th @ after completion of TCU/Baylor 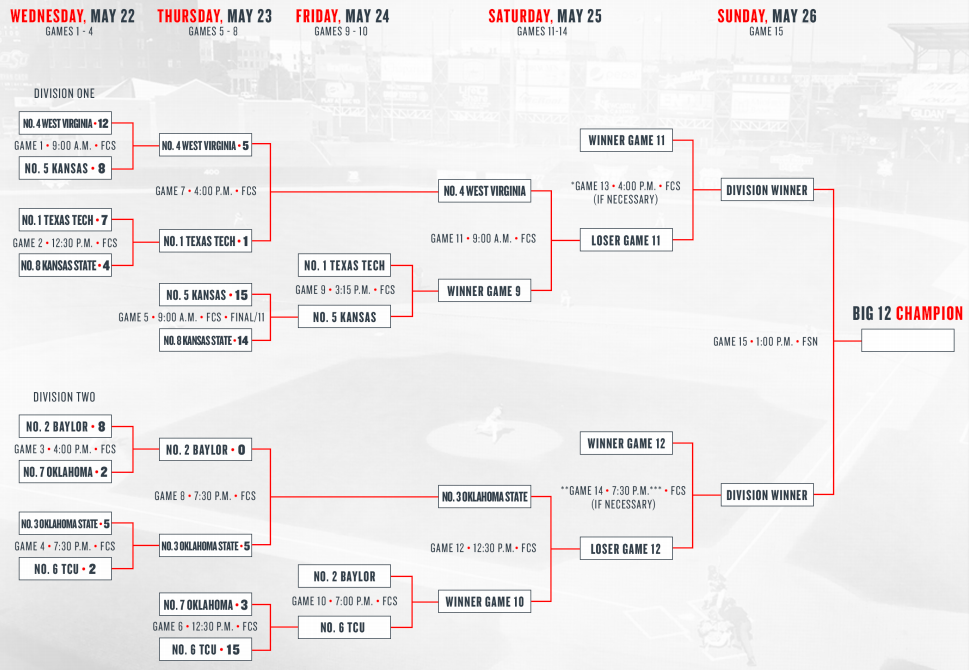 Junior right-hander Caleb Kilian (8-3) struck out nine over seven innings, but a key triple sparked a two-run fourth and No. 7 Texas Tech baseball fell to No. 17 West Virginia, 5-1, on Thursday at Chickasaw Bricktown Ballpark.

The Red Raiders (37-16) got on the board first in the third inning, but Big 12 Pitcher of the Year Alek Manoah (9-3) stymied the Red Raiders from there in eight innings of work. The Mountaineers (36-18) move on to face the winner of Texas Tech and Kansas on Saturday.

Sophomore Gabe Holt scored the only run of the game for Tech in the third when he reached on one of four hit-by-pitches for the Red Raiders on the day. A double from sophomore Dylan Neuse moved him to third, before a sacrifice fly from junior Brian Klein brought him home to make it a 1-0 game.

No. 7 Texas Tech baseball climbed out of a 4-0 hole thanks to three home runs in the sixth and seventh innings to grab a 7-5 win over Kansas Friday afternoon at Chickasaw Bricktown Ballpark and secure a spot in the semifinals of the Phillips 66 Big 12 Championship.

Junior Josh Jung and sophomore Kurt Wilson homered in the sixth and sophomore Gabe Holt hit the deciding dinger in the seventh to send the Red Raiders (38-16) past the Jayhawks (32-26). This is the first time since 2000 Tech has won multiple games at the event.

Holt’s home run came in a 5-5 game with a man on first and no outs in the seventh. The Bonaire, Ga., native sent the first pitch he saw over a Big 12 Championship banner in center field to provide the winning runs. It was his third home run of the season and the third time he has driven in the game-winning RBI in the seventh inning or later this year.

Midway through an elimination game Friday at the Big 12 tournament, Kansas outfielders retired four Texas Tech batters in a row by catching fly balls either on or going onto the warning track.

Josh Jung, Kurt Wilson and Gabe Holt launched home runs in the sixth and seventh innings that lifted Tech to a 7-5 victory, keeping the Red Raiders alive in the Big 12 tournament at Bricktown Ballpark.

Jung’s solo shot and Wilson’s two-run drive took Tech from a 4-2 deficit to a 5-4 lead in the sixth. After Kansas’ Brett Vosik connected to tie it 5-5 in the top of the seventh, the Red Raiders answered. Cole Stilwell drew a leadoff walk, and Holt sent a ball out near the 415-foot sign in the left-center-field corner.

The homer was the ninth in two years for Holt, who’s better known for his speed that’s produced 54 career stolen bases.

“I just went up there and tried to put a good swing it,” he said. “Y’all saw the wind today, blowing out to left, so I hit it hard and luckily the wind took it. I thought it was going to be off the wall, but luckily it got over.”