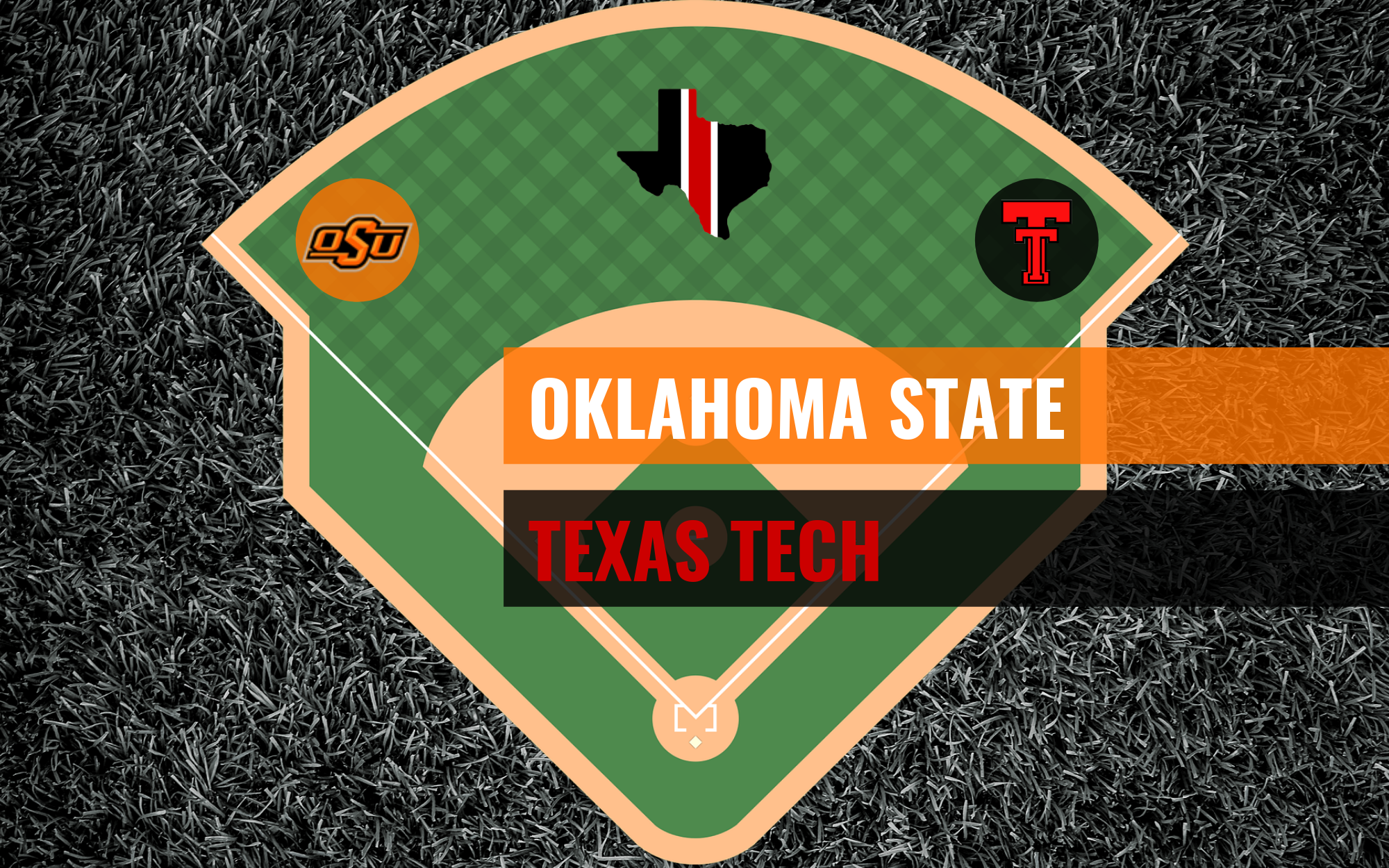 The Cowboys come to town.

A little surprised at the starters, making some moves last weekend, but now head coach Tim Tadlock has really shook some things up, this weekend as Micah Dallas is to get the start on Friday night, then Caleb Kilian on Saturday night, and the Sunday afternoon starter is Bryce Bonnin, who has normally been a mid-week starter. Tadlock said that he’ll throw Mason Montgomery and Erikson Lanning in the mid-week games against UTRGV. Lanning struggled against Baylor, unable to make it out of the 3rd inning while giving up 6 runs, hitting 2 batters, walking 1, and only striking out 1 batter.

Oh, and it is interesting listening to Tadlock, there’s a great discussion he’s having about bat-flips with the media. Pretty fun to listen to for me at least.

No. 15 Texas Tech baseball erupted for six runs in the third and stymied the Cowboys with a season-high 17 strikeouts to take a 12-4 victory over No. 16 Oklahoma State in the series opener between the two teams Friday night in front of a sold out Rip Griffin Park

Junior right-hander Caleb Kilian led another strong effort on the mound and junior Josh Jung finished a triple short of the cycle as No. 15 Texas Tech baseball pulled away for a 10-2 win over No. 16 Oklahoma State to clinch the series victory Saturday night in front of a sold out Rip Griffin Park

The Red Raiders (28-13, 10-7) received six strong innings and eight strikeouts from Kilian (6-0), who earned his sixth Big 12 win in as many starts. Tech scored six runs over the seventh and eighth to extend a 4-2 lead into a commanding 10-2 advantage.

With its sixth straight victory over the Cowboys (25-15, 10-7), the Red Raiders have posted back-to-back series wins over ranked Big 12 foes and now sit in a three-way tie for second in the league standings.

No. 15 Texas Tech baseball plated four runs in the bottom of the seventh to rally for a 5-2 win and series sweep of No. 16 Oklahoma State on Sunday at Rip Griffin Park.

Sophomore Dylan Neuse launched a three-run home run in the seventh to put Tech ahead 4-2, and the Red Raiders (29-13, 11-7) earned their sixth straight win behind a pitching staff that posted 46 strikeouts of one of the hottest lineups in the country.

The series sweep of the Cowboys (25-16, 10-8) is Tech’s third in the last four years and the first time to do so at home. It’s also Tech’s second-straight series win over a ranked Big 12 team after taking two from No. 18 Baylor last weekend. The Red Raiders have now swept two Top 25 teams this year with No. 22 Michigan the other back in March.