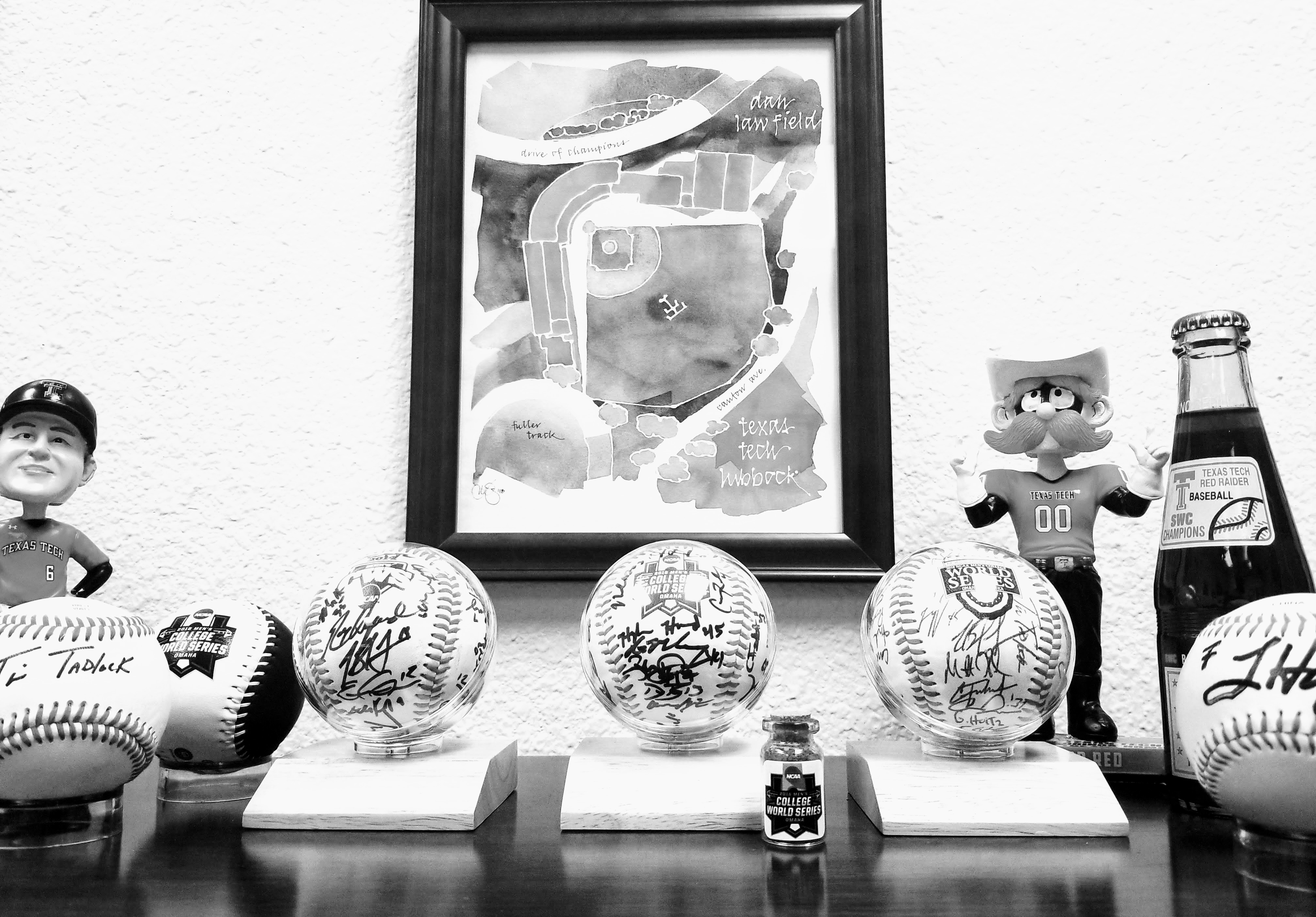 As Red Raider Nation recovers from the overwhelming mixed emotions of Monday night’s loss, the fan base’s general attention is beginning to turn now to Red Raider Baseball. The team is 22-9 on the season and sits at 3rd in the Big 12 Conference with a 5-4 record. Baylor and Oklahoma State, the teams above Tech, still lay ahead as the Red Raiders take a road trip to Morgantown to face West Virginia this weekend. Four out of the last five seasons have seen weather-related delays in that series and this weekend looks to be no different. All three games are currently scheduled for broadcast on mountaineer.tv and the Texas Tech Sports Network (Double T 97.3 in Lubbock & their mobile app).

Tech took two of three from Kansas in Lubbock last weekend with an offensive explosion on Saturday winning 19-3. Red Raider pitching was very shaky in the loss Sunday with Erikson Lanning only lasting 17 pitches and recording zero outs, the bullpen also struggled throughout the day. The Red Raiders bounced back Tuesday in Midland against the New Mexico State Aggies winning 10-5 in front of a crowd of over 5,500. The Red Raiders also dropped 10 on the Aggies earlier in the season behind a stellar start from Bryce Bonnin winning 10-5, so the combined season over NMSU is 2-0 outscoring the nation’s top offense 20-10. Josh Jung hit his second dinger in as many games and Max Marusak finally completed an inside the park home run, something Tim Tadlock has been hoping to see happen for some time. Gabe Holt also hit one out of the park but by accounts, it bounced back into play. Due to a lack of replay at the home of the Midland Rockhounds, the hit was ruled a triple and play moved forward.

Texas Tech saw some slippage in the RPI this week, mostly due to a reduction in their very high strength of schedule numbers. The Texas Longhorns have struggled lately splitting a series with Baylor, losing a midweek to Texas A&M at home and another to Incarnate Word, losing a series to TCU, and splitting a midweek with Arkansas in Austin as well. The struggling ‘Horns hurt Tech’s overall strength of schedule and ultimately the RPI. Losing a home game to Kansas certainly didn’t help matters either. As the Red Raiders continue to move forward those effects will even out more and more.

The Red Raiders appear to be hitting their stride as bullpen pitching has been reliable with guys like Dane Haveman shining. Ryan Sublette has really stepped forward bumping 98mph with his fastball after being a low 90s guy last season, Kurt Wilson is another power arm that has been impressive with a lot of velocity and pitchability. Clayton Beeter has fully recovered from his injury and has owned a role for the Red Raiders as a power closer as well. Starting pitching rotations are mostly settled for now with Micah Dallas starting Fridays and Caleb Kilian on Saturdays. The Sunday starter has not finalized though, with Erikson Lanning, Mason Montgomery, and Bryce Bonnin in the mix for that role. Max Marusak has seen more success at the plate and appears to have locked down a position in left field, Dru Baker has also been putting more barrels on balls and is the current Big 12 Newcomer of the Week. It appears Baker has also locked down the shortstop position. Finally, Cole Stilwell has settled into the two-hole and the DH role hitting quite well over the last few games. He’s not the power threat the Red Raiders have seen from past designated hitters like Zach Rheams in 2018, but moving runners around the bases is key, especially with a leadoff hitter like Gabe Holt who is finding his way on base often and has a knack for swiping bags and disrupting defensive rhythm.