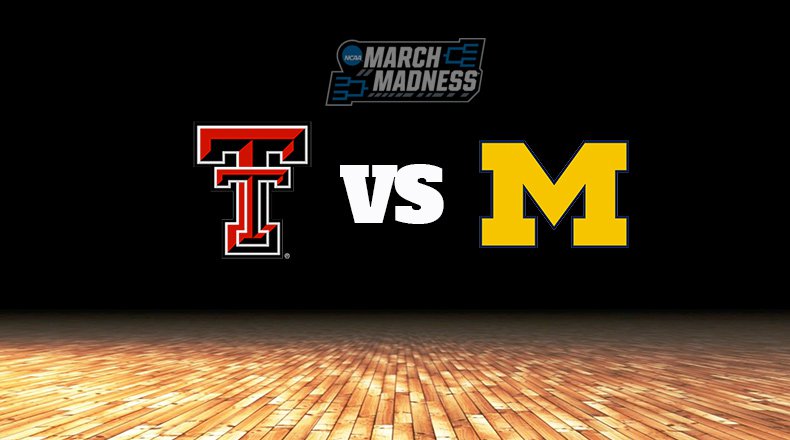 We have Dylan Burkhardt, the creator and writer for UMHoops.com talk with us about the upcoming Sweet Sixteen game today with Texas Tech vs Michigan. I want to give a huge STP thanks to Dylan for taking the time, and giving us some excellent info on UM basketball. Here we go –

DanSwany – Let’s start with a quick background of how Michigan got here to March Madness, and back once again to the Sweet 16. In a nutshell, how’d that happen?

Dylan Burkhardt – Michigan lost three key contributors from last year’s Final Four team — Moritz Wagner, Duncan Robinson and Muhammad-Ali Abdur-Rahkman — which caused many to wonder about this team’s ceiling. The Wolverines lost almost all of their reliable 3-point shooters but returned all of their key defensive weapons. Michigan was picked somewhere in the preseason top 25 but not the top ten.

The Wolverines went to Spain and went 1-2 in a series of exhibition games and then sludged through a pair of buy-game wins over Norfolk State and Holy Cross. Expectations were fairly lukewarm at that point until Michigan rolled into Villanova and blew the Wildcats off the floor. That said something about both teams but Michigan started rolling and picked up signature wins over North Carolina and Purdue en route to a 17-0 start.

The Big Ten grind caught up to this group in January and February, but Michigan has started playing some of its best basketball down the stretch. The only blemishes have been three excruciating losses to Michigan State, which cost the Wolverines a regular season and conference tournament championship.

The mindset of this team has always been to get back to the Final Four and now here they are in California, again, sitting two games away.

Swany – UM appears to be a near mirror image of the 2018 team that went to the championship. How has this year’s version of Michigan improved on last year’s version?

Burkhardt – I wouldn’t call this year’s team a mirror image of last year’s team because there was some pretty significant turnover. The 2018 squad was a better shooting team and had one of the more unique offensive weapons in the country in Moritz Wagner. This team replaced Wagner with Jon Teske, a 7-foot-1 center who is a significantly better defender. Teske is good in ball screen situations but he isn’t as versatile as Wagner.

This team took the best of last year’s defense and improved on it while its offense has been hit or miss throughout the regular season.

Swany – The six key players for UM use the lion’s share of playing time. Do the Wolverines get worried if they get into foul trouble and must go deeper on the bench for minutes, or is that not a concern?

Burkhardt – The one constant in Michigan losses is some form of foul trouble. Jon Teske is indispensable to this roster because of his ability to defend and rebound. The Wolverines haven’t found a reliable backup center all year and right now the primary option is 6-foot-8 forward Isaiah Livers playing that spot in a small-ball lineup. The only problem with that is that Livers is also the primary reserve at the three and four positions.

Add in the fact that John Beilein has one of the strictest two-foul auto bench policies in the country and you can start to see how foul trouble can create issues in a hurry. This approach hasn’t killed Michigan because it is very good at staying out of foul trouble. Michigan is ranked 9th in the country in preventing free throw attempts despite playing a physical brand of defense.

If Michigan doesn’t face any foul trouble, expect starting point guard Zavier Simpson to play all 40 minutes on Thursday with several other starters logging over 35.

Burkhardt – Throughout his career, John Beilein has rarely emphasized offensive rebounding. He prefers to maximize extra possessions by avoiding turnovers and focusing on recovering to defend in transition rather than crashing the glass. That approach works as Michigan is one of the best teams in the country in both turnover rate and transition defense, but it presents an interesting dilemma on Thursday.

Texas Tech isn’t particularly aggressive with its transition offense and it is one of the worst defensive rebounding teams that Michigan has seen in a while. The Wolverines have the athletes to go chase offensive boards (Charles Matthews, Isaiah Livers and Ignas Brazdeikis) if they decide to crash with more than one player (generally Jon Teske at the five spot). Will they make that decision? It probably depends on the overall flow of the game.

Swany – Tell us who on the Michigan roster is the team leader for this squad?

Burkhardt – Zavier Simpson is the unquestioned leader of this team. He’s the point guard and the leader of the defense. His game is a bit funky as his jump shot is inconsistent and his go-to shot is a right-handed driving hook shot, but he’s an elite passer out of ball screens and one of the best leaders that John Beilein has ever coached. Simpson is a flat out winner and until you see him play it is hard to realize the impact that he has on this Michigan roster.

Swany – Two of the top defensive teams in the country square off, does either team crack the 60 mark… or first to 50 points win? What’s your prediction for the outcome of this Sweet 16 match-up?

Burkhardt – I would say that one team gets to 60 and that team is the winner. Michigan has played against some great defenses in the Big Ten — the league is very defensive-oriented — but it hasn’t faced a system like Texas Tech’s. The key for this offense all season has been how it adjusts to different ball screen coverages and a lot of pressure will fall on Simpson to crack that no middle approach.

I’m also not sure that Texas Tech has the horses to score on Michigan’s defense — which is centered around one-on-one defense and not over-helping — because Jarrett Culver will be matched up with Michigan’s best defender, Charles Matthews.

It should be a great game and I suspect it will come down to the final two or three possessions.