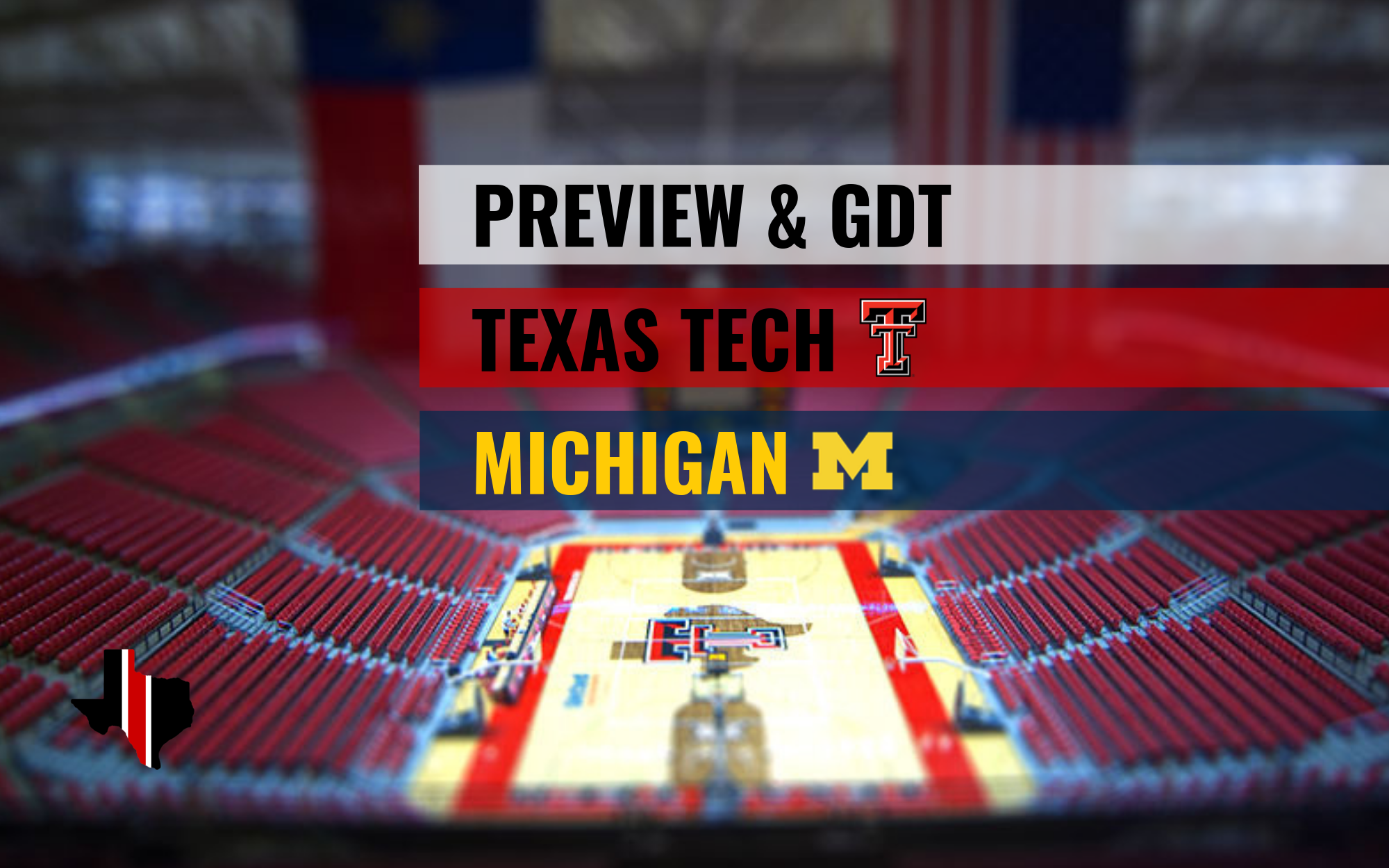 How to Watch: CBS | MarchMadnessLive

2. Scouting. Michigan is not a deep team. The straw that stirs the Wolverine drink is Simpson who is just terrific at distributing the ball, but he’s really the only one that passes the ball at all and he’s the only one that will distribute the ball in any meaningful way. Want to disrupt the Michigan offense, then that’s a good place to start. Brazdeikis, Teske, Poole, Livers, and Simpson are all pretty good offensive players. They don’t turn the ball over on offense and Teske and Livers are very good shooters overall, but Livers is the team’s best three-point shooters hands-down.

3. How They Match Up. Texas Tech matches up really pretty well as these teams really sort of have similar players, but Michigan really just doesn’t play many players. I think that it’s safe to say that they have a 6-man rotation for the most part, so if you ever wanted to try to take advantage of a team that’s not deep, this would be it. Of course good or great defensive teams really don’t foul so playing just 6 players isn’t problematic and it largely hasn’t been a problem all year. Michigan plays a traditional point guard and then wing type players, so this will be interesting to see how Owens matches up as the Wolverines play just 1 traditional post player and he’s a big kid, a lot like Odiase in terms of size.

“We think Michigan is probably the best team we played all year, up there with Duke, and team in the Big 12, Kansas, Kansas State,” Texas Tech senior graduate transfer guard Matt Mooney said. “They went to the national championship last year, So they got a really good mix of guys, length, athleticism, size. So they’re a really good team and well balanced.”

Adams, for lack of a better term, has been out of the spotlight until recently — which is unique considering he’s been one of the many reasons Texas Tech has become so successful on the defensive end. The Red Raiders are giving up 59.2 points per game this season — which is down from 64.8 in the 2017-2018 campaign.

Head coach Chris Beard likes to think so, referring to Adams as the team’s “defensive coordinator” and a linchpin addition to his inaugural coaching staff.

“Give coach Adams a lot of credit. He’s one of the best coaches I’ve ever known and I’ve known a lot of them,” Beard said. “Not only a guy that has all the knowledge and experience, but a guy that has a really unique, special way to teach it. A lot of guys know what to do, but only a few can teach it. It is not what you’ve got in your mind as a coach, it is what you can get your guys to do. Coach Adams has been doing this for a long time at many different levels.”

There’s no doubt Texas Tech and Michigan are the main topics of conversation when it comes to the nation’s premier defensive units.

“I’ll say this about Michigan, and I hope that people have the same view about us, but this would just be my opinion. When I think of Michigan I think of discipline,” Beard said. “They don’t beat themselves. They’re a low turnover team. I think they have the fewest of anybody this year, nine a game. That means you’re not beating yourself.

“On the defensive end it’s hard to get baskets against them because of their scheme, their discipline, their athletic size. I would hope when people talk about Texas Tech they realize we try to make it hard for the opponent to score and we value the ball and try to get shots as well.”

Michigan has faced its fair share of tough defenses and won’t be fazed by what Texas Tech has to offer when the two stingy units square off. However, the Wolverines haven’t come across a player of Jarrett Culver’s caliber and their susceptibility to offensive lulls won’t be as easy to overcome against the Red Raiders. Just like it took the nation’s most efficient offense to take down Michigan last year, this time it will be the country’s top team in defensive efficiency. Texas Tech 58, Michigan 56

The Red Raiders (28-6) have won 13 of their last 15 games are back in the Sweet 16 in consecutive years after advancing to the program’s first-ever Elite Eight last season, while the Wolverines (30-6) are making their third straight trip to the Sweet 16 and won the West Region last year. Tech advanced to Anaheim with wins over No. 14 Northern Kentucky and snapped a 13-game winning streak by No. 6 Buffalo in Tulsa and Michigan advanced with wins over No. 15 Montana and No. 10 Florida to set up Thursday’s matchup.

The Texas Tech-Michigan matchup puts together two of the top defenses in the nation, with the Wolverines second in the nation by limiting teams to 58.2 points per game and the Red Raiders third at 59.2. Tech is second nationally by limiting opponents to 36.8 percent shooting which is just behind Houston at 36.7 percent, while Michigan is 20th in the country by holding teams to 39.6 percent. In the national tournament, the Wolverines are holding teams to 52.0 points per game and 33.9 percent shooting and the Red Raiders are at 57.5 and 36.8 in their two wins.