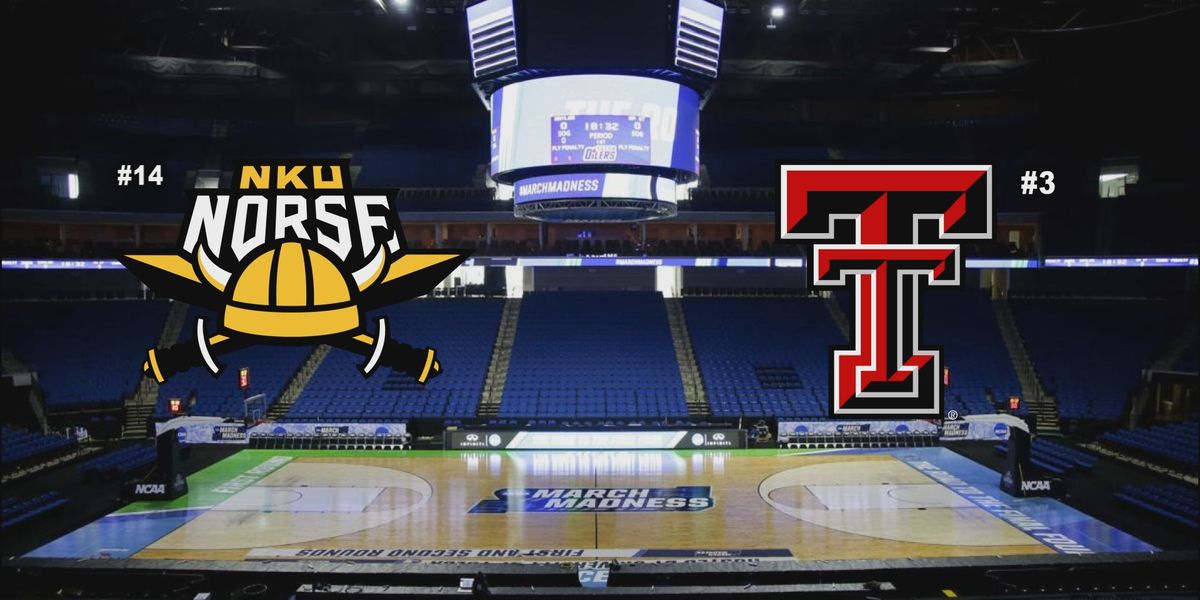 Thanks to Austin Elmore (@autyelmore), a Northern Kentucky alum and current producer for ESPN Radio, 55KRC, and 700WLW in Cincinnati for taking the time to visit with me the other day. He provided some great insight to us Tech fans on getting to know NKU basketball…

Swany – Can you give the Texas Tech fans a little of history on NKU basketball?

Elmore – NKU has always had a pretty impressive basketball program on the men’s and women’s side. The majority of those successful seasons came when the school was still Division II. NKU’s first year of DI competition in basketball came during the 2012-2013 season when they joined the Atlantic Sun conference, which was pretty popular at the time after FGCU’s magical tournament run right before that.

The program struggled during that transition period, and when they were finally able to catch up in terms of recruiting, etc. they left the A-Sun and joined the Horizon League at the start of 2015. That was Brannen’s first year, and despite going 9-21, it was easy to see that they were starting to build a culture around the program. The next season, in the first year of being eligible for the NCAA Tournament, the Norse won the Horizon League tournament and got an automatic bid to the NCAA’s in their first year of eligibility. That was a colossal moment for the program, and the university as a whole. This season marks the third straight season of 22 or more wins and the second Horizon League tournament championship int three seasons.

Swany – How did the Norse get to Tulsa this season to play in March Madness?

Elmore – They got there with grit. They have a great group of guys that play hard and hustle. What the Norse don’t have in size, they make-up for in heart. Drew McDonald is the unquestioned leader of the team. He’s the programs all-time leading scorer and a big that can stretch the floor and open up the entire offense. The perfect compliment to McDonald is Tyler Sharpe. Sharpe was a walk-on last season that specialized in the three ball. Since then, he’s developed into a spark-plug on both ends of the floor and someone opposing teams have to keep an eye on at all times.

Swany – What is the background on head coach John Brannen?

Elmore – Brannen has been nothing but terrific in his time at NKU. He’s a local guy, graduated high school from Newport Central Catholic, which is right down the road, and ironically the same school that Drew McDonald graduated from. He and his family are deeply rooted here, and you can tell how much this program and this area mean to them. Before NKU, Brannen was an assistant at Alabama and various other schools. He played college ball at Marshall and had a successful career there. Brannen’s big thing is building a culture of confidence and success both academically and athletically. He’s done a great job of getting the most of his players. He’s an easy guy to root for and a good motivator. Cliche, I know. But true.

Swany – Whom on the Norse roster does Texas Tech have to watch out for and keep their eyes on at all times?

Elmore – I mentioned Sharpe and McDonald in the previous answer, and those guys really are the catalyst, McDonald will be the focus of the Texas Tech defense. In some ways, as McDonald goes the Norse go. He’s able to score inside and outside, his mid-range game is nice, and he’s developed into a good perimeter shooter.

Swany – What type of strategy do you expect Brannen and staff to throw at Texas Tech during this first round game? What are NKU’s greatest strengths on the court?

Elmore – I expect the Norse to play to their greatest strength in this matchup. They love to push the tempo and play an inside-out style of basketball. When they’re playing their best, they’re getting inside and getting to the free-throw line, which obviously opens up the perimeter for their great three-point shooters. The Horizon League championship game against Wright State is the perfect example of everything NKU can do well when they’re executing the way they need to. On defense, they can be taken advantage of on the inside at times, so look for them to double team Tech’s bigs and give McDonald help down low. The Norse have one seven-footer, and that’s sophomore Chris Vogt. He struggled last year and is still trying to get his D1 legs underneath him at times, but he’ll play an important role in defending the interior.

Swany – What’s your prediction for the outcome of this game?

Elmore – This is a tough one for me because I’ve seen the best and the worst from the Norse this season, and despite being a mid-major I do think they can compete with anyone when they are executing on the offensive end of the floor. But I also know that Texas Tech is a 3-seed for a reason and play in a competitive conference that’s well represented in this tournament. That being said, it’s March, right? Anything is possible and for that reason I’m going to be a homer. I’m going with my alma mater. Norse win 78-73.