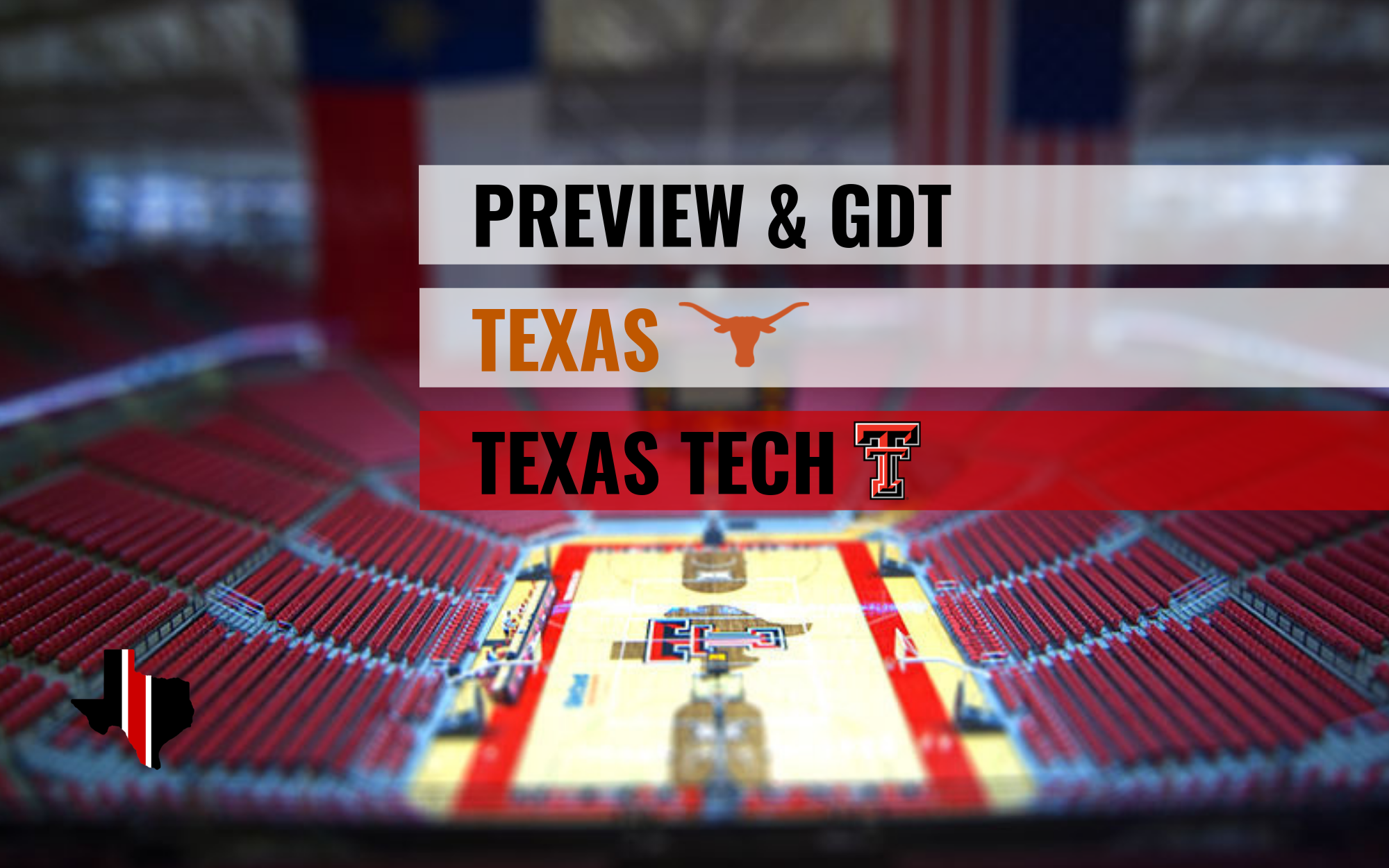 1. Stats. Texas is probably the best .500 team, or near .500 team, in the nation. They are top 20 offensively in most respects, hardly turn the ball over, and are top 50 in defense. It doesn’t make a ton of analytical sense that the Longhorns are .500 in conference play. If the Longhorns struggle, it is generally on defense where they don’t guard the perimeter very well and also don’t force turnovers.

2. Scouting. One of the best players for Texas, Kerwin Roach II, has been suspended indefinitely and that applies to this game, so they’ll be without their starting off-guard. This didn’t matter too much against Iowa State, where they absolutely clobbered the Cyclones in Ames because the Longhorns went 15 of 25 from beyond the three-point line with Febres going 8 of 10 all by himself. And as we’re looking at that three-point shooting, they were hot on the road against Baylor, up very early, but faded late, largely because they shot 15 of 27 from the three-point line. In their last three games, the Longhorns are taking a ton of three-point shots, 31, 27, and 25

3. How They Match Up. Hayes is a really fun freshman to watch, he’s still working on how to score, but physically, he’s a very gifted post player that shoots well when he does get the ball and is very good at blocking shots. I’m hoping that Owens pulls him out of the lane a bit. Osetowski is also a pretty traditional low-post guy that has some outside pop as well, but he’s really not very good at shooting three-pointers, only 26% overall. I think that if Odiase is guarding Osetowski then Odi just lets him shoot from the outside and guards him very close inside and bangs with him. Culver’s big responsibility will be stopping Febres from getting hot. Once he gets the ball, he’s shooting it.

And last, but not least, huge shout-out to the seniors on the team: Norense Odiase; Brandone Francis; Tariq Owens; and Matt Mooney.

The 6-foot-10, 205-pound forward has looked the part on the court as the shot-stealing machine the Red Raiders coaching staff could have dreamed up. The Odenton, Maryland, native has also developed an outside shot and become a source of energy each time he completes an alley-oop dunk this season.

But he’s been one piece of a four-player senior class, consisting of Matt Mooney, Brandone Francis and Norense Odiase, who have helped Texas Tech reach new heights heading into an 8 p.m. Monday matchup against Big 12 and in-state rival Texas at United Supermarkets Arena. The game, which is set to be televised on ESPN, will also honor Andrew Sorrells and student managers Colin Baxter and Chris Vanisko.

About the Longhorns: It cannot be overstated the importance of bouncing back in Saturday’s win over Iowa State after what happened earlier last week against Baylor. The Longhorns gave up a 19-point, second-half lead and lost in overtime. Texas ran up a 20-point lead against Iowa State and finished off an 86-69 win. “Our guys played really, really well at Baylor, except for three or four minutes, and that cost us the game,” coach Shaka Smart said. “You’re darn right they remember that.” Courtney Ramey (seventh, .405) and Jase Febres (ninth, .392) both rank in the top 10 in Big 12 in 3-point shooting percentage. If Jaxson Hayes can hold off Tech’s Tariq Owens, the Longhorns will have an individual lead the Big 12 in blocks for a second straight year. Both Hayes and Owens average 2.4 blocks per game. Both have 69 blocks total.

With a 16-1 record at home and having established new program records with 12 Big 12 Conference wins in a season and seven straight Big 12 victories after a 15-point win over TCU on Saturday, No. 11 Texas Tech will host its final game of the season against Texas at 8 p.m. on Monday at the United Supermarkets Arena. The Red Raiders are tied atop the conference standings with Kansas State (12-4 Big 12) and a game ahead of Kansas (11-5) entering the final week of the regular season. Tech will host Texas before closing out the regular season on Saturday at Iowa State. The team is currently 7-1 at home in Big 12 play after an 84-80 overtime win against Oklahoma State last Wednesday and is 49-5 at home under head coach Chris Beard.