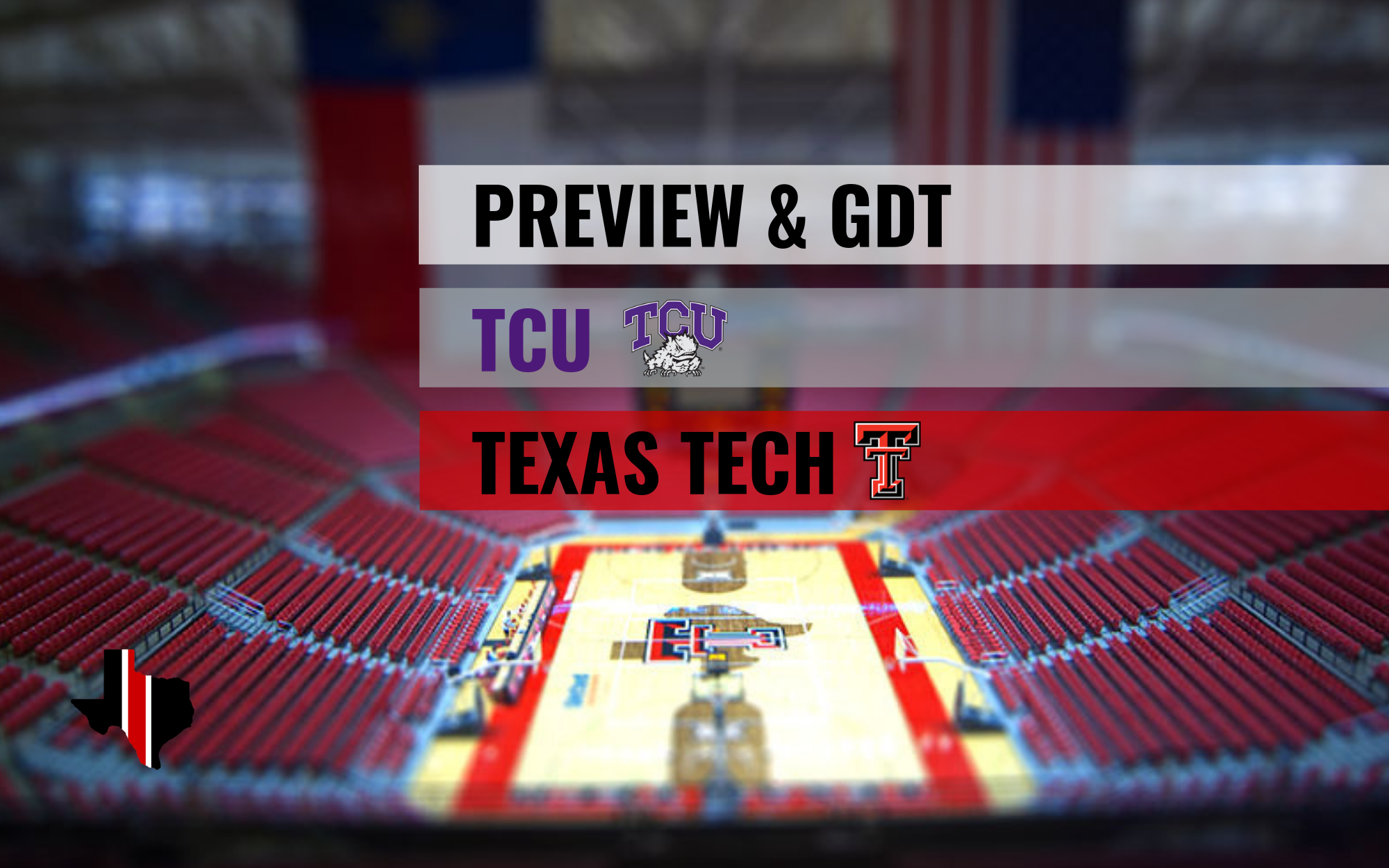 1. Stats. TCU is a lot more balanced, which is really dangerous for Texas Tech. The Horned Frogs are top 20 or so on defense and top 30 on offense, so rather than the extreme that is Texas Tech, TCU relies on a balanced offense and defense that makes them really tough to beat. With that being said, they lost an early game to Lipscomb (which I didn’t know was a college) and then have lost to Kansas, Oklahoma, and Kansas State, so some good teams there for sure. TCU is coming off of two good wins, beating Texas at home and Florida at home over the weekend, only allowing 61 points to Texas and 50 points to Florida.

2. Scouting. The odd thing for TCU is that they’ve had some really weird in-season defections. Jaylen Fisher is no longer part of the program, and he’s been hurt, but he’s gone. Add in Angus McWilliam, Kaden Archie, and Yuat Alok to the mix and that’s a handful of players that saw time that are no longer part of the program. With that being said, TCU still has some really talented players. Robinson is one of the more annoyingly talented players to watch from an opponent perspective. He’s so good with the ball in his hands and creating opportunities for others, but he tends to be a bit turnover prone. Bane, Noi, and Miller are the best offensive players, Bane and Noi are very efficient shooters, are low-turnover players, and shoot well inside the arc, while Noi is a very good three-point shooter. Samuel is very good inside, very good at rebounding both offensively and defensively and is good defensively.

3. How They Match Up. The second half for Texas Tech was significantly better than the first. Low-turnovers and shot-making are what this team has to be about. I honestly think that sometimes this team over-passes, especially when they are swinging the ball and getting teams out of position defensively, that sometimes the Texas Tech player just needs to take the shot rather than continue to swing the ball. I think we saw more of that this past game against Arkansas. TCU is going to be a really tough out and a big part of that will be slowing down Robinson, the offense flows through him. TCU is 2-3 away from Ft. Worth and winless as an underdog.

Indeed, the Red Raiders — who will carry a new number next to their name and a 4-3 record in Big 12 play — are set to host in-state and conference foe TCU in an 8 p.m. Monday contest inside United Supermarkets Arena.

Texas Tech, which has not hosted a Big Monday matchup since hosting Texas back on Feb. 6, 2006. It will mark the first of two straight Big Monday contests, including an 8 p.m. Feb. 4 tilt against West Virginia.

“The opportunity to play Big Monday is special to us. We don’t take it lightly,” Texas Tech coach Chris Beard said Saturday following the Arkansas victory. “We haven’t had a Big Monday game in Lubbock since coach (Bob) Knight coached here. That’s something that we embrace.”

Texas Tech is currently 11-1 at home this season and is 44-5 on its home court under head coach Chris Beard who is in his third season leading the program. The Red Raiders have limited their 12 opponents at home to only 52.0 points per game and to 32.8 shooting, while TCU will make the trip to Lubbock with a 1-3 record on the road but with a 4-0 mark in neutral-court games. The Horned Frogs earned a 65-61 win over Texas in their last conference game, while Tech is on a three-game losing streak in Big 12 play after dropping games to Iowa State, Baylor and at Kansas State. Tech and TCU will play again on Saturday, March 2 in Fort Worth.