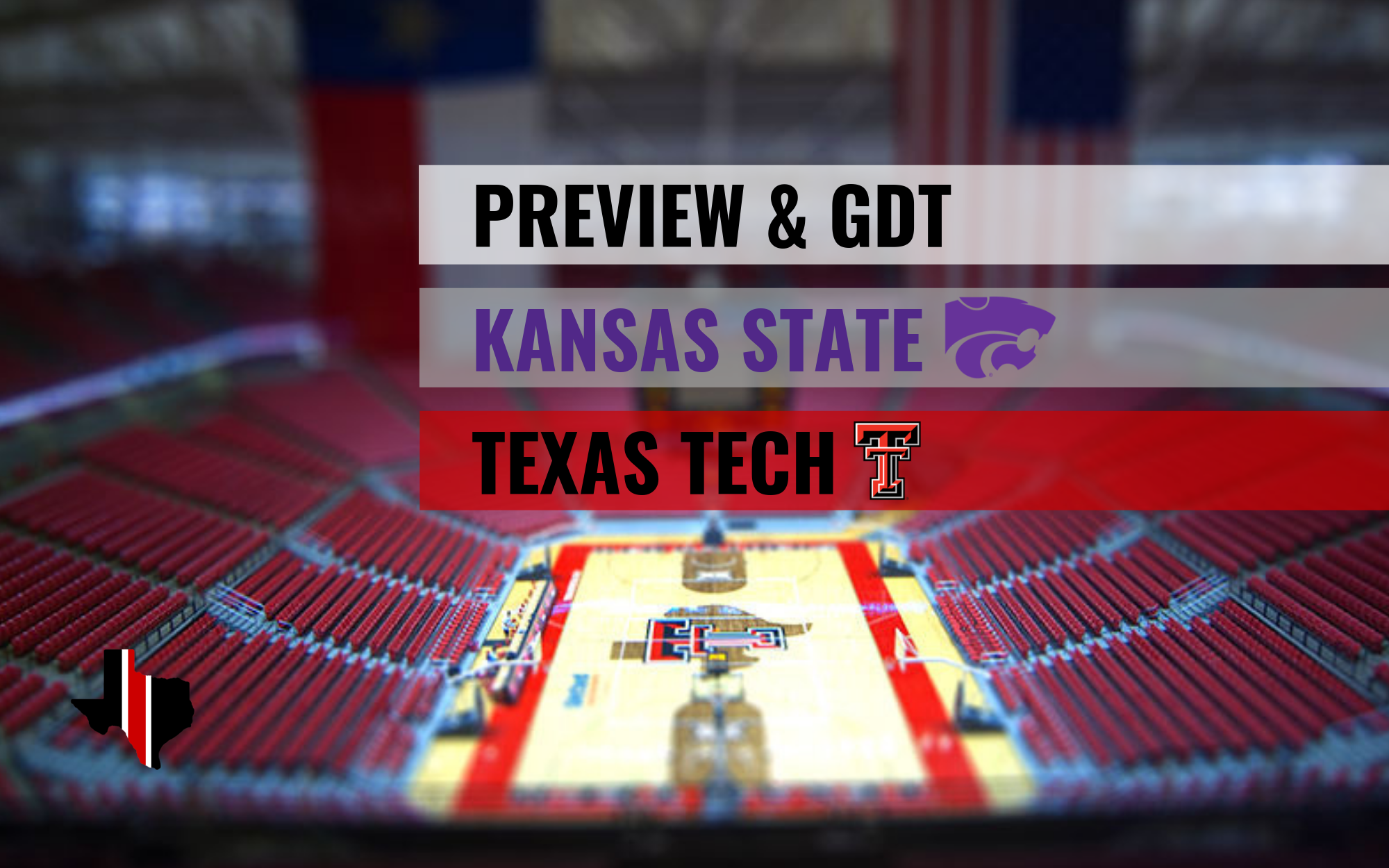 How to Watch: ESPNU | WatchESPN

1. Stats. Well, this should be an absolute brutal game offensively. Two absolutely elite defenses will play and it would seem that the better offense by 100 spots or so would get the win at home. Kansas State scored 47 points against the Longhorns at home on Wednesday night, so it would be an understatement to say that there are issues offensively. The Wildcats don’t shoot the ball very well and they don’t rebound the ball on the offensive glass and they don’t get to the line. But when they do get to the line, they don’t make their free throws, only making 62% of them. Defensively, they really are elite, they hold opponents to 46% eFG%, they force turnovers and they are the best in the country at limiting offensive rebounds, so they’re going to not allow any second chances.

2. Scouting. Kansas State is severely undermanned, I think the last guy I listed in their top 10 is maybe a walk-on. Center Dean Wade is arguably their best player and I think he’s likely out as is point guard Kamau Stokes who is really a fantastic player. Xavier Sneed is probably their second best player and should probably have the ball in his hands more. For his size, he’s a good defensive rebounder and he doesn’t turn the ball over. The problem with K-State is that Stockard, Neal-Williams, Diarra and McGuirl are somewhat net-negatives when it comes to how they play offensively, they’re just not good offensively and I’d expect that trend to continue on the road in Lubbock.

3. How They Match Up. This seems pretty easy in that offensively, Texas Tech needs to be better than terrible and with a guy that can create his own shot like Culver, this should be an 8-10 point win for Texas Tech at home. This most likely won’t be a game that gets out of the 50’s or 60’s in terms of a score, but that’s fine with me. I’d also add that I don’t know if a lot of those rebounding stats are the result of having Wade in the lineup, who has played in just 9 games thus far. With Sneed at power forward, it would seem that Texas Tech has a distinct size advantage, but Sneed is a lot like Corprew in that he plays much bigger than he is and he’s very athletic, can jump out of the gym.

Beard said the Red Raiders prepared as if Wade and Stokes will play, just in case. And he said he hopes they do, because he remembers going long stretches last season with Tech forward Zach Smith and point guard Keenan Evans out or limited by injuries, and he saw it again Wednesday when preseason all-Big 12 power forward Sagaba Konate from West Virginia sat out the Red Raiders’ 62-59 victory at Morgantown with a knee injury.

“From a competitor’s standpoint, I don’t like to see the best players in the league not play,” Beard said. “It’s just how I’m wired. Konate, we planned for him to play and were kind of disappointed that he didn’t, because you want to have the best players.

“Just like last year with Keenan not being able to play and Zach, I didn’t think it was good for the Big 12. With these two (Kansas State) guys, we expect for them to play, and if they don’t, we recognize the challenge of playing against a team that’s going to have the next-man-up mentality.”

In his younger days, he occasionally got loud and critical with his teams. But he realized that had a negative impact. One loss often became two.

“You have got to be careful as a coach,” Weber said. “Years ago, I sometimes would just go crazy and you totally destroy them.”

Weber is more focused on trying to spark K-State’s sputtering offense. It will face quite the challenge on Saturday, as Texas Tech’s defense ranks first nationally in Ken Pomeroy’s adjusted efficiency system.

“No one has more respect for coach Huggins and West Virginia basketball,” Beard said. “I think that’s well-documented. I’ve said many times before, he’s a guy that all coaches look up to. Coach Huggins has been good to coaches, especially junior-college coaches like myself.

“We try to emulate their program in a lot of ways, in terms of the passion of their fan base and how hard they play on defense, how they recruit, how they develop. … The respect is off the charts.”

As was the case with Evans last year, at times it seems like Culver is the only guy on the floor capable of scoring. He is putting up more points per game than Texas Tech’s second- and third-leading scorers combined (19.4), and he is also a key piece of a defense that is leading the nation in adjusted defensive efficiency. In nine of 13 games played thus far, Culver was the highest-scoring player on either team.

However, outside of a couple of games, Texas Tech’s schedule has been a joke. The Red Raiders have faced five opponents ranked 300th or worse on KenPom.com. To this point, they have only faced two opponents with a realistic argument for an at-large bid: Duke and Nebraska. And while Culver was solid in both of those games, we need to see how his averages and efficiency hold up after a few weeks of Big 12 conference play.

The Red Raiders (12-1, 1-0 Big 12) are coming off a 62-59 road win over West Virginia on Wednesday, while the Wildcats (10-3, 0-1 Big 12) dropped a 67-47 decision to Texas in their opener at home in Manhattan. TTU is 8-0 at home this season after going 8-1 on its home court last year in conference play, while KSU is currently 0-2 on the road coming into Lubbock. The Red Raiders made their Elite 8 run last year with tournament wins over SFA, No. 23 Florida and No. 11 Purdue, while KSU took down Creighton, Maryland-Baltimore County and Kentucky to advance to the program’s 12th Elite 8.

“I don’t look forward to coaching against Coach Weber,” Beard said. “You always know it’s going to be a grind-out game. They don’t make mistakes or beat themselves. If you’re going to score a basket against K-State you better go earn it and if you’re going to make a stop you have to make a play defensively. They may be the best defensive team in college basketball and they are a team on offense that takes good shots and shares the ball. They have a lot of experience with guys that have played in meaningful games. I think this is one of the best teams in our conference that translates to being one of the best teams in college basketball.”