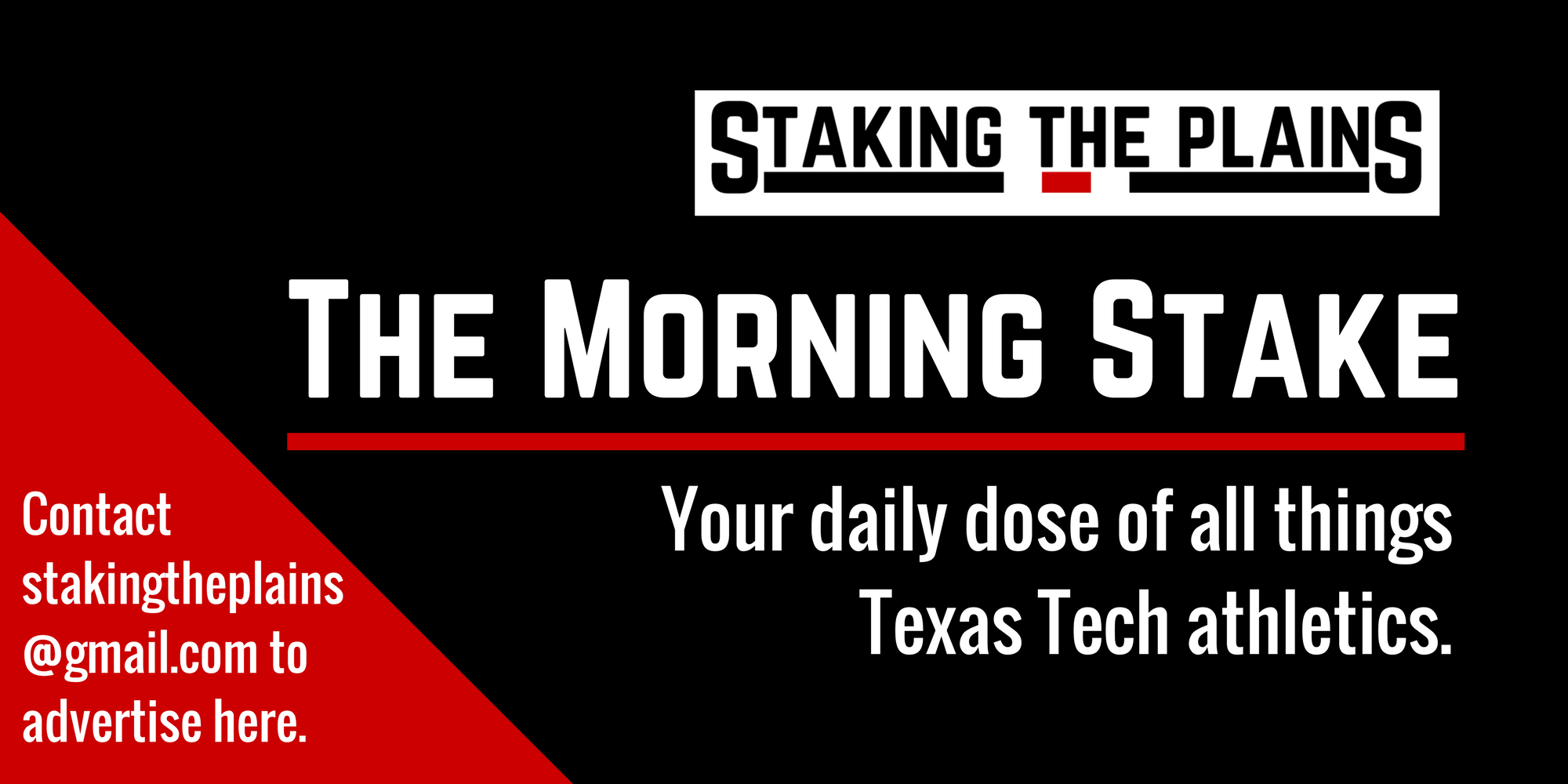 If you’re traveling today, I hope you travel safe.

Hear @TonyGraystone talk about this remarkable senior class, and get primed for Wednesday’s Senior Night showdown vs. No. 5 Texas.

Back to the win column ✔️

Look who’s in the house for some @TexasTechMBB! 💪

Get it done, guys!

I won’t have time to do a quoteboard today (my life opens up a lot with the basketball team off until the 24th) but here is the transcript for Texas Tech’s media availability from yesterday, including head coach kliff Kingsbury and linebacker Riko Jeffers. There was some discussion about why Texas Tech didn’t have any heaters on the sideline for the Kansas State game and Kingsbury confirmed that this was his decision, that against Iowa State they brought heaters adn the players were all just huddled around the heaters and not into the game:

Yeah, that was my decision. I felt like having the experience we had a couple years ago with the jackets and the heater, we just kind of all huddled around them and weren’t into the game, so we decided to go without it this game.

Yeah, he didn’t, and I think that was probably unfair to me and to him, but at that point, Jett was struggling with some injuries, and it was the right thing to do. He had just been sitting there, wasn’t warm, and his first game action in a while.

You know, he’s progressively gotten better with the ankle, and this week I’d say he’s as healthy as he’s been. So I don’t really have a gauge on how sharp he is just yet. We’re only one day into practice, but hopefully by the end of the week he’s feeling good.

Later in the presser, Kingsbury is asked about Alan Bowman and Kingsbury said that he’s fully cleared to practice, but has NOT been cleared for contact. Just being able to throw passes and they don’t have any clearance thus far for contact. Kingsbury said that they are still working through that process and didn’t give any indication about when or if that would happen.

There were two other quotes that I wanted to pull that I thought were pretty good. I’m including the question for context and I don’t think that anyone is feeling sorry for Kliff Kingsbury, he’s going to be just fine and I think he knows he’s been blessed to be where he is:

Q. Obviously you’re one of the guys who you’re very quick to say I didn’t put a guy in the right position to be successful after a loss, but then obviously a player will say, well, we just didn’t execute. How do you kind of balance how much of it is —
KLIFF KINGSBURY: Yeah, I’m the head coach. That’s how I was raised, and my dad was a head coach, and it’s my name on the program. It’s my program. So I always feel like I can do better, and I can put these guys in better positions to be successful. If they’re not, it’s my job to find a way to make sure the next time around that they get it done.

And it’s all fun.

Q. What’s the fun part for you right now then?
KLIFF KINGSBURY: The fun part? I mean, all of it. I get to coach at Texas Tech where I went to school and watch these guys battle their tails off each and every week, no matter what the adversity is. This team has responded and shown up, and I expect to see the same on Saturday.

A-J Media’s Don Williams has a recap of the presser if you’d like to read that.