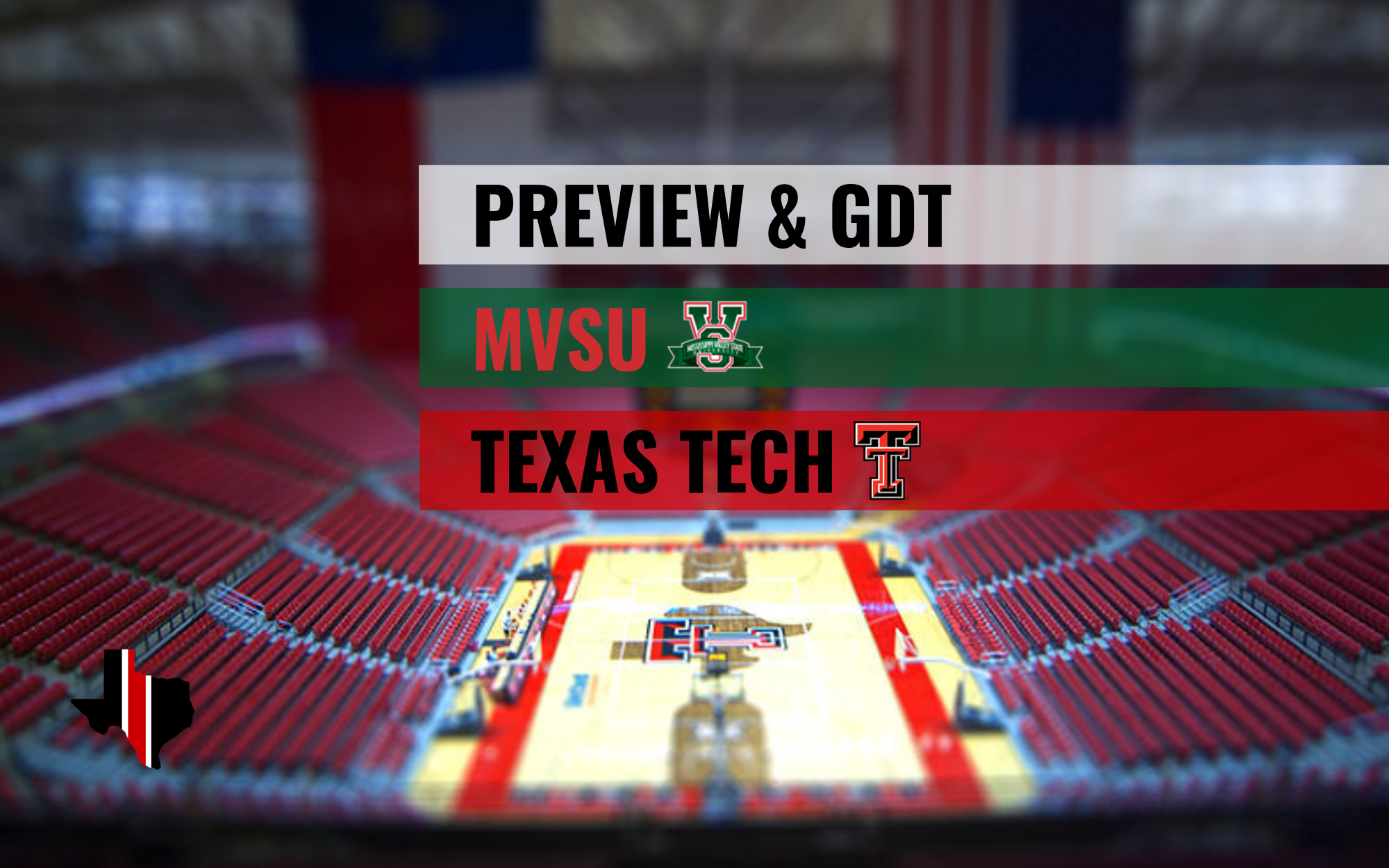 How to Watch: FSSW+

1. Stats. I know that head coach Chris Beard is not downplaying the Delta Devils, but they are not a good team. At some point, someone is going to complain about the strength of Texas Tech’s schedule and Incarnate Word and MVSU are two teams that are really terrible statistically. The Delta Devils are literally one of the worst teams statistically in just about every metric and every category. This should be a 25+ point win. And keep in mind that the game is scheduled to go after the Lady Raiders open up their season, so approximately 35 minutes after their game, so it could be a bit after 8:00 p.m.

2. How They Match Up. Obviously, Texas Tech has an advantage in the post as MVSU doesn’t have a player above 6’8″ and so we should see guys like Owens and Odiase have big days, Odiase having a big day on the boards. It was weird grabbing stats for MVSU and Evans appears to be the best player, but his shooting was not great so as long as he doesn’t get hot, Texas Tech will be okay.

3. Keys to the Game. Pressure on defense will likely end this game pretty quickly and I think that Beard will have his team highly motivated defensively. I don’t expect Beard to allow anyone to have any sort of defensive drop-off, especially now that he knows what they are capable of doing defensively. I’d also like to maybe see the team work to get better looks from the three-point line. That comes with time, but working the offense out should help with that. Oh, and I’d like to see these guys get to the free throw line a bit more, only 13 attempts against Incarnate Word and the Cardinals and the Delta Devils are teams that you can dominate inside and at the line.

To say his anxiety took time to go away would be an understatement because the former Findlay Prep (Nev.) backcourt standout netted 10 points — one of four players to tally double figures — as the Red Raiders defeated the Cardinals 87-37 in front of a crowd of more than 10,000 fans inside United Supermarkets Arena.

“A lot of nerves going into the first game,” said Edwards, who scored a team-leading eight points in the first half to help the Red Raiders claim a 39-30 advantage. “But my teammates gave my opportunities, getting me open and all that good stuff. I feel like I did OK for the first game.”

Jarrett Culver led the Red Raiders with 16 points and now has 21 double-digit scoring performances in his career, while Tariq Owens recorded six blocked shots and Matt Mooney scored 12 and dished out six assists in their TTU debuts. Brandone Francis scored 13 points and grabbed five rebounds, while Norense Odiase led the team with seven rebounds to start their senior seasons. Davide Moretti would match a career-high with six assists and also scored nine to start his sophomore season and freshman Kyler Edwards went for 10 points in his first collegiate game. Texas Tech led by nine at halftime in the opener before holding UIW to only seven points the entire second half to cruise to the non-conference win.