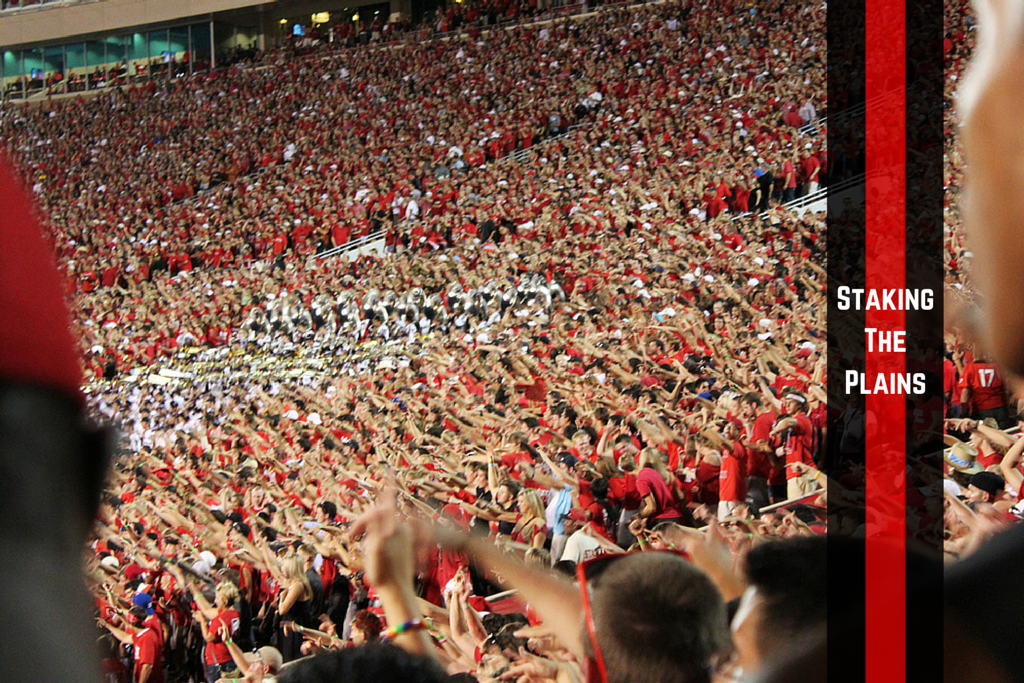 We take a look on who’s the best athletes at (or soon to at) Texas Tech based off their names.

Disclaimer: This is a joke piece. This has absolutely nothing to do with the ability of the athletes I mention. Just because someone doesn’t have a superstar name doesn’t mean they aren’t good.

My friend and I came up with this theory sometimes with the last 3-5 years ago. The origin isn’t exact, but we always realized that some of the best players in their respective sport always have great names.

Take LeBron James for example. Or Usain Bolt. Or Bryce Harper. Those players have names that are so great, they were destined for greatness from the start. If you are an athlete and have a great name to go along with the sport, position or team, then there’s no possible way you can fail.

Here are some other examples: Mookie Betts (Mookie is just fun to say), Muhammad Ali (Even his real name, Cassius Clay), Patrick Mahomes (Wreck’Em), Larry Bird, Zeke Elliott (FEED ZEKE), Giancarlo Stanton, Aaron Rogers, Warren Moon (Change the Texans to the Oilers please). Names that when you tell them to someone who knows nothing about sports, they actually think they’re good because they sound good.

There’s also a flip side: Anti-Superstar names. These are names that sound like guys who ride the bench or just joined the team because it let them skip school (everyone knows those guys in high school).

Here are some examples: Tom Brady (The GOAT, but what bleh name), Bill Russell, Mike Trout (I can’t take a fish seriously), Sebastian Janikowski (if I have to look it up, probably not a good thing), Jim Brown, Chris Bosh.

Now here’s what were going to do. We’re going to list athletes across (or committed to) Texas Tech at the moment, and rank them 1-5 based on if they are a Superstar name, with five being the best. We’re also going to list off some Anti-Superstar names as well. If you have a suggestion, list one below. Let’s begin

Maverick McIvor (5): Anytime you have the same name as Tom Cruise in Top Gun, that’s an automatic win. His name spells NFL or movie franchise quarterback. Either way, that’s a win.

Josh Mballa (5): Balla is in his last name. And he plays basketball. I don’t need to explain this.

Myller Royals (5): This combines several factors which I’ll go more in depth to below. The Y where it’s not expected, Miller is the name of a beer, and Royals is royalty. He’s a future College Football Hall of Famer.

Kyler Edwards (4): Why do you think Kyler Murray is good? It’s not because he’s super athletic. It’s because his name is Kyler. It applies really to any Ky- names (Kyrie, Kyle). So Kyler Edwards is going to be good.

Jade King (4): Her first name is a gem and her last name is royalty. You can’t get much better than that. Her name is basically excellence. She’s going to have a long career based off that name.

Travis Bruffy (3): His last name looks like a mash-up between “Buff” and “Rough”. The fact that he’s a lineman makes it way better. Sounds like a 10-year veteran to me.

T.J. Vasher (3): Vasher sounds like a mixture of “Flash” and “Slash”. The fact that he’s a wide receiver makes this way better.

Colt Garrett (3): A local West Texas kid playing for a Texas team who’s first name is Colt? That’s a good sign. He sounds like a solid pro. The same also goes for Michael Gallup playing for the Cowboys.

Ta’Zhawn Henry (3): Z’s in names where Z’s aren’t expected are always fantastic (looking at you Zhaire). Sounds like a superstar runningback to me.

Kyndal Cowan (3): Much like Z’s, Y’s in places where Y’s aren’t expected are also cool.

Alan Bowman (2): Alan isn’t special, but Bowman is. There were so many puns that came out afterwards. Last time I checked, superstars have nicknames, some punny. So he checks out.

Caleb Kilian (2): You have to say “Kill” to say Kilian. Would be higher for me but Caleb doesn’t strike fear.

Brooke Blackwell (2): Names that have their first and last name start with the same letter are cool. Also, black in an intimidating color. There’s a reason why Tech’s big games are always black outs.

Terrence Steele (1): Steele is a pretty descent name. Steele is tough and helped build America. Would be 10 times better if he played in Pittsburgh (the college or the NFL team).

Jordan Duke (1): If you have a last name where someone can yell your name and it sounds like you’re booing, that’s oddly a plus. Eric Gutierrez had this (Guuuuuuuute), Mookie Betts (Moooooook) and Kevin Youkilis (Yoooooouk) among others. Also, Jordan as in Michael Jordan.

Miguel Bautista (1): “OHHHH HE HIT HIM WITH A BAUTISTA BOMB”. Last name is the same as a WWE wrestler is a good sign (Michael Benoit could also be used, but Bautista is cooler).

Adrian Frye: I’m sorry. You can’t play defensive back and have “Frye” as your last named. “Frye got fryed on that last play for a touchdown”.

John Davis Jr.: The name is like Tom Brady. Just way too basic for me. Sounds like a create-a-player in a video game because they couldn’t get the player’s rights.

Christian Taylor: Christian is a follower of Christianity, which is a religion. Religions are supposed to preach love. That doesn’t strike fear.

Giovanni Pancotti: Giovanni is actually descent, but it’s an automatic L if your last name sounds like something I had for dinner last night.

Parker Kelly: I can’t name one good athlete who has the name Kelly as a first or last name (maybe I’m missing one). Connor Queen almost made it, but Queen is royalty, which is basically the superstar politician.

Brooke Kanas: Kanas almost spells Kansas, and is there anything more boring than Kansas?

Taylor Satchell: Nothing strikes fear more in the hear of opponents then having another name for a handbag as your last name (not spelled exactly right, but you get the point).