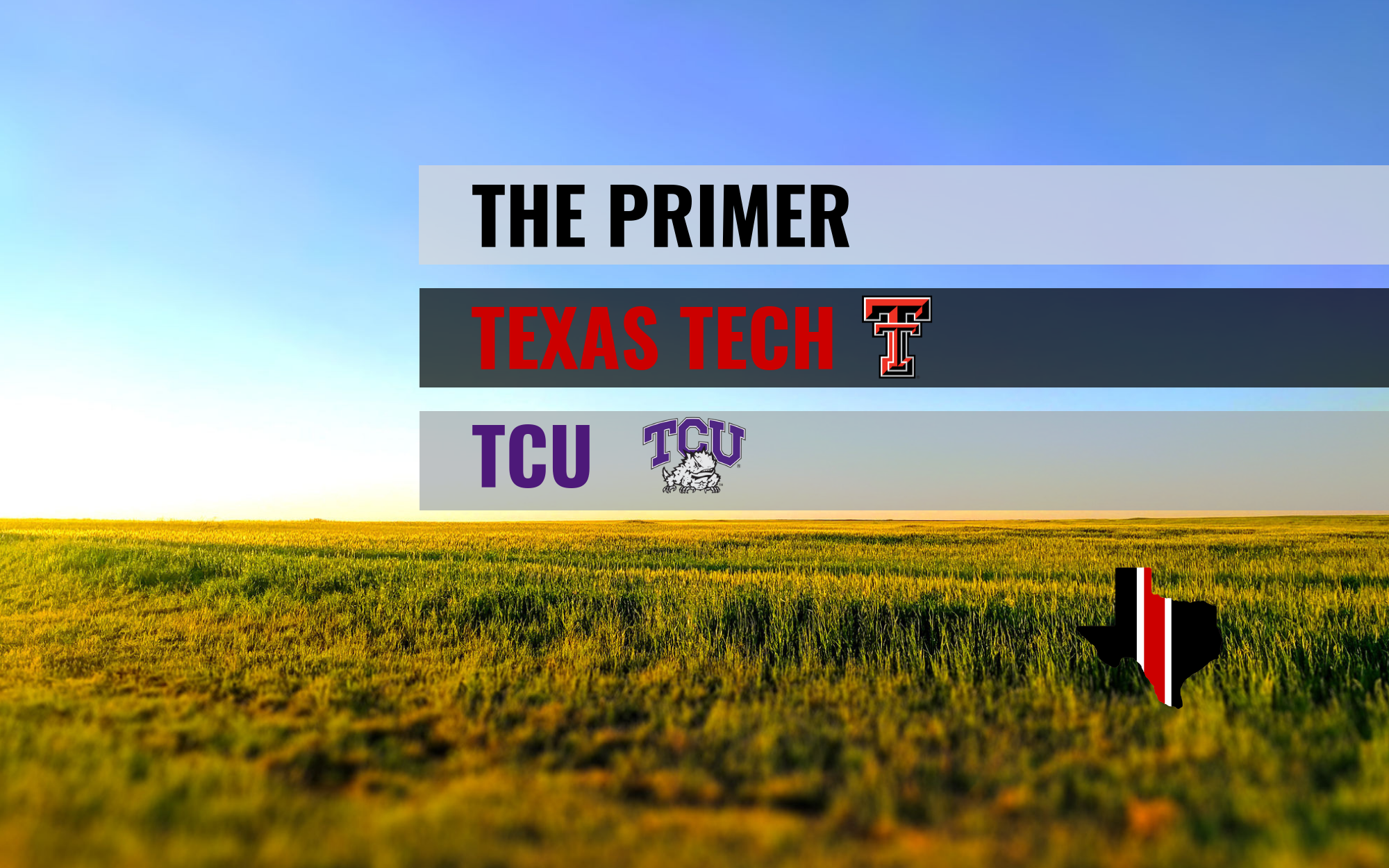 Getting to know the Horned Frogs.

Where to Watch: Amon G. Carter Stadium | Fort Worth, Texas

How to Watch: ESPN | Watch ESPN

If I had to guess, it’s not going to be Shawn Robinson(6-2/228), but if it was Robinson, that might not be a bad thing. Robinson has been the quarterback for the season thus far and was injured in TCU’s last game against TCU. Supposedly it was a shoulder issue, I think his throwing shoulder. But Robinson has been good, but also turnover prone as he has 7 touchdown passes, but he also has 6 interceptions and 2 fumbles (only 1 of them was lost). If Robinson doesn’t’ go, I think that sophomore Michael Collins (6-5/214) probably gets the start and he’s only attempted 14 passes this year (completing 6 for 43%, but that’s a really small sample size so don’t go projecting).

2. Who else should we be concerned about on offense?

I’m glad you asked because TCU has a couple of really interesting and talented players. They pretty much do running back by committee as Sewo Olonilua (6-3/231) and Darius Anderson (5-11/212) are the two main threats, Olonilua has 262 yards, averages 4.5 yards per carry and has 2 touchdowns, while Anderson has 316 yards, averages 6 yards a carry and also has 2 TD’s. Robinson was the third leading rusher, so if he plays, then he would be important. Jalen Reagor (5-11/195) has been really good thus far and the main receiving threat for the Horned Frogs, 29 catches for 359 yards and 2 touchdowns. KaVontae Turpin (5-9/157) was injured in the Iowa State game as well, stitches somewhere in the noggin I think so he should be good, has 18 catches for 228 yards. Only Taye Barber (5-9/186) and Anderson have more than 100 yards receiving, so the main guys are Reagor and Turpin.

3. I’ve heard that the TCU defense is pretty good, is that still true?

Yes, as long as Gary Patterson is a coach, TCU will have a good defense and according to S&P+, TCU has a top 20 defense, pretty good at stopping the run and the pass. The biggest point total allowed was 40 against Ohio State, but a lot of that was some offensive and special teams’ blunders that created those 40 points, and then Texas scored 31, some of them were on big plays by Texas, which is an odd thing to type.

4. Who has been a key player for the TCU defense?

5. What’s the all-time record with TCU?